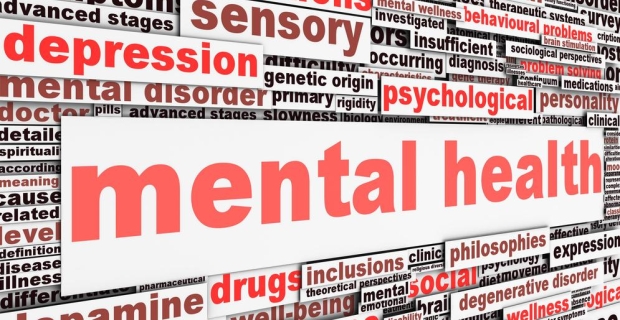 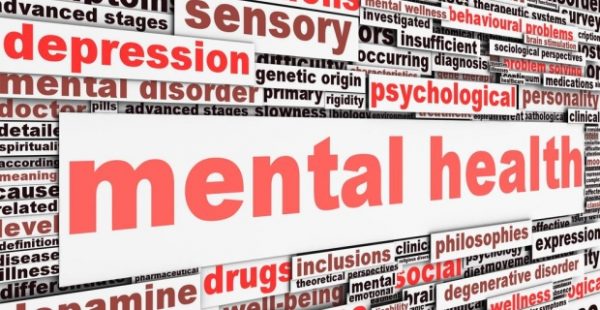 On January 26, 2016, an agency known as the U.S. Preventative Services task force issued final recommendations suggesting that all Americans be subject to mental health screenings. The report implies that regular screenings through an individuals primary care doctor would be ideal and the most beneficial in detecting symptoms related to depression.

“The U.S. Preventive Services Task Force released today a final recommendation statement on Screening for Depression in Adults. The Task Force recommends that clinicians screen all adults for depression. The Task Force found evidence that screening in the primary care setting is beneficial.”

This isn’t the first time such recommendations have been made. In 2004, it was recommended that all school aged children recieve mental health screenings in school. Today, this is mandatory in some states and voluntary in others.

A report issued in 2011 by Medco Health Solutions shows that one out of every five adults are using at least one psychiatric drug. The drugs are being used to treat anxiety disorders, depression, attention deficit hyperactivity disorder and many other types of alleged mental illnesses. The ratio in women is a little higher with one out of every four taking drugs. These numbers show a twenty two percent increase in the number of people being prescribed psychiatric drugs since 2001. While women make up the largest population of adults taking drugs, it was young men between the ages of 20 and 44 that saw the highest increase, 43 percent since 2001. The use of these drugs among children has varied as there was a drop in use among kids after it has reached its highest point in 2004. This was due to warnings from the Food and Drug Administration highlighting the potential of the drugs to cause suicidal and violent behavior in children. Since 2010 however, there has once again, been an increase in the use among children.

Americans should be alarmed at the prospect of forced mental health screenings because mental health issues are used as a means of gaining coercive control over those that oppose state goals. In fact, the field of mental health itself is communist in origin and seeks to dominate human behavior with the goal of conditioning people to accept servitude. Consider the following quote from G. Brock Chisholm, psychiatrist and co-founder of the World Federation of Mental Health.

“To achieve world government, it is necessary to remove from the minds of men their individualism, loyalty to family traditions, national patriotism and religious dogmas…”

Drugging an entire population with psychotropic drugs is certainly one way to achieve this.

Communists do not believe in the same values as Americans do. To them the idea of traditional family, individualism and patriotism are signs of a sick individual because they do not align with collective goals of the state. Leventia Beria, author of the book Brainwashing: A Synthesis of the Russian Textbook on Pyschopolitics writes that these traits are akin to a biological illness because sickness will throw the entire body out of alignment, and only by eradicating the illness, can the body be brought back to its proper functioning. Communism seeks to have the state dominate all, to them the proper loyalty to state objectives represents the healthy body and people adhering to concepts such as free will and individualism are the illness which needs to be eradicated to bring the body politic into alignment.

“The tenets of rugged individualism, personal determination, self-will, imagination, and personal creativeness are alike in the masses antipathetic to the good of the greater state. These willfull and unaligned forces are no more than illnesses which will bring about disaffection, disunity, and at length, the collapse of the group to which the individual is attached.” (Beria, pp. 9)

This is an alarming quote as the Obama administration seeks to use mental health as a means of disarming the population and eradicating the Second Amendment. Furthermore, the idea of rugged individualism and free-will are the values that this country was founded on. Could it be possible that there is an attempt to simply label the entire U.S. population mentally ill? Looking at the number of people being prescribed pyschotropic drugs along with the idea of making mental health screenings mandatory leads one to believe this a distinct possibility. If the Obama administration has its way, and mental health diagnoses would prevent an individual from owning firearms, then millions of children currently taking drugs such as ritalin would grow up being denied their rights. It seems possible that this is the agenda because there is evidence suggesting that the use of psychotropic drugs actually leads to an increase in mental illness in an individual; thus creating the need for more drugs. Consider the following quotes from the article The Epidemic of Mental Illness-Why? at Mercola.com.

“Prior to treatment, patients diagnosed with schizophrenia, depression, and other psychiatric disorders do not suffer from any known “chemical imbalance.” However, once a person is put on a psychiatric medication, which, in one manner or another, throws a wrench into the usual mechanics of a neuronal pathway, his or her brain begins to function … abnormally.”

“It is well understood that psychoactive drugs disturb neurotransmitter function, even if that was not the cause of the illness in the first place. Whitaker describes a chain of effects. When, for example, an SSRI antidepressant like Celexa increases serotonin levels in synapses, it stimulates compensatory changes through a process called negative feedback. In response to the high levels of serotonin, the neurons that secrete it (presynaptic neurons) release less of it, and the postsynaptic neurons become desensitized to it. In effect, the brain is trying to nullify the drug’s effects. The same is true for drugs that block neurotransmitters, except in reverse.”

Why would they want to increase the number of people taking drugs if, as mentioned earlier, there is an increased chance of suicidal or homicidal behavior, and there is an increase in the rates of mental illness after taking such drugs? Considering the political objectives, the answer seems obvious.

Another cause for concern is the fact that the U.S. government is taking control of Americas health care system and because of this, they could legally force you to get mental health screenings. While Obamacare seems to be falling apart, presidential candidate Donald Trump is proposing to replace it with a universal, government funded system. Many people suspected that Obamacare was deliberately designed to fail in order to push for a single payer system. If this happens is it is highly likely that the government would implement the idea of forced mental health screenings because the states agenda revolves around using mental health to push communist goals. Consider the following statements from 45 Declared Goals of the Communist Party, entered into the congressional record in 1963.

Transfer some of the powers of arrest from police to social agencies. Treat all behavioral problems as psychiatric disorders which no one but psychiatrists can understand.

Dominate the psychiatric profession and use mental health laws as a means of gaining coercive control over those who oppose communist goals.

The idea of mandatory mental health screenings is dangerous and could only lead to a loss of liberty. Millions of Americans are already prescribed pyschotropic drugs and mandatory screenings could lead to millions more. A nation where everyone is diagnosed with a mental illness is not one where individual liberty will prevail; rather it is a road that will lead directly to despotism as the population will have no idea how to defend the principles on which this nation was founded and will gladly go along with state dictates. The only way to stop this is to get Americans to study the history of psychiatry and its relationship to communism. Sadly, this wont happen because too many Americans already love their servitude.

“Every child in America entering school at the age of five is insane because he comes to school with certain allegiances to our founding fathers, toward our elected officials, toward his parents, toward a belief in a supernatural being, and toward the sovereignty of this nation as a separate entity. It’s up to you as teachers to make all these sick children well – by creating the international child of the future”

That is the real purpose of the psychiatric profession.

To learn about the left wing indoctrination taking place in our universities, read my book “Not on my Watch: Exposing the Marxist Agenda in Education”