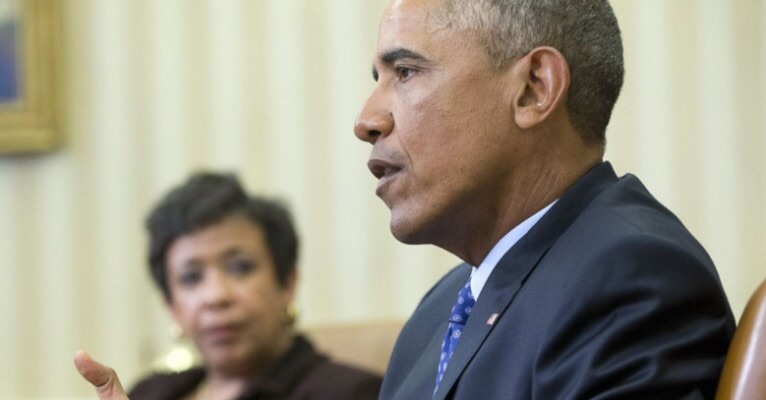 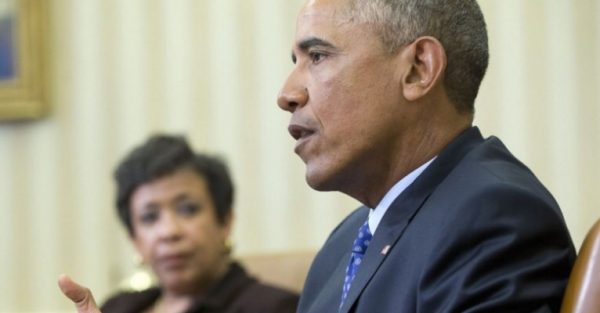 At this point in time, the Constitution for the united States of America is very close to ruin. In some areas, the administration and Congress have already shredded much of it. All that is left is a few individual God-given unalienable rights for the government to usurp away and this nation as a free republic ceases to exist. While many citizens of this great nation seethe in anger and focus on the dog and pony show 2016 presidential candidate nominee debates by both parties, this administration is moving rapidly closer to infringing on the one right through the back door that will leave this nation’s citizenry defenseless – the Second Amendment.

With the government gaining control over the health care insurance agency, it has the power to make the rules on what is mandatory to have concerning coverage as well as what evaluations every individual is mandated to have according to the core coverage requirements. According to Infowars.com, “Next time you visit your doctor, be careful how you respond to his questions, or you may just be branded “mentally ill” and subjected to “treatment.”

That is because a panel advising the Obama administration, in partnership with Big Psychiatry, wants to make doctors subject all American adults and children over age 12 to screening for alleged “mental health” disorders — particularly depression, at least to start with. Then, anyone found to harbor any alleged mental disorder, including children as young as eight, should undergo “therapy,” often including powerful psychotropic medications that experts say have dubious value but often come with well-documented and highly dangerous side effects.

Remember, this will not be optional. Obamacare health plans will be forced to cover the service and pay for it. While the panel is limiting coverage to children over age 12, one can take to the bank the age requirement will go lower and lower for mental health evaluations and “behavioral health services,” whether you as a parent want it or not. There will be no choice in the government’s eyes – agree or face the wrath of Big Brother. “School teachers, social workers, and more are all already being enlisted in the federal government’s search for supposed ‘mental and behavioral health’ issues — a list that is perpetually expanding as psychiatrists invent new ‘illnesses’.” Naturally, this could be a back door into gun control and confiscation, as well as denying future adults the right to keep and bear arms due to having a mental disorder or illness.

The American Psychiatric Association relies heavily on the DSM-V and has added new “mental health disorders” that would include American patriots, such as Oppositional Defiance Disorder (ODD), while removing disorders such as homosexuality. This “listing” is entirely subjective and constantly expanding “as psychiatrists vote to create new ones, literally, as part of the Diagnostic and Statistical Manual — the ‘Bible’ of psychiatry that has been widely criticized, even by leading psychiatrists.” All health care insurance plans are required to conform to the minimum standards of mandatory coverage of Obamacare. Whether you want it or not, Big Brother will subject you to a mental health evaluation as well as your children over the age of 12.

However, the ACA did leave the door open to include children under the age of 12.

Its latest recommendations for children and adolescents 12 and older were published earlier this month in the Annals of Internal Medicine. “The USPSTF recommends screening for major depressive disorder (MDD) in adolescents aged 12 to 18 years,” the HHS task force said in the summary of its position. “Screening should be implemented with adequate systems in place to ensure accurate diagnosis, effective treatment, and appropriate follow-up.”

The outfit also left the door open for recommending such “screening” for children under 12, too. “The USPSTF concludes that the current evidence is insufficient to assess the balance of benefits and harms of screening for MDD in children aged 11 years and younger,” the Obama HHS panel wrote. The recommendations also call for using controversial medications such as Prozac to drug children between 12 and 17, while advocating powerful psychotropic substances such as Lexapro for children as young as eight.

In the movie, Prozac Nation, based on the book of the same name by Elizabeth Wurtzel, “We are living in a Prozac nation – the united States of Depression.” How apt and appropriate that statement will be when the “mandatory” evaluations for mental illness begin in earnest. Big Pharma and Big Brother have tag-teamed the citizens in order to produce a nation of “pill poppers” easily controlled through psychotropic medication. Big Pharma gets richer as more of the citizens are medicated and Big Brother garners the ultimate control over a zombie population.

Many may not realize that one in 10 “American school-aged boys has been labelled and drugged under the guise of ‘Attention Deficit Disorder’ (ADD) and ‘Attention Deficit Hyperactivity Disorder’ (ADHD). Known as the “father of the diagnosis,” the now deceased Dr. Leon Eisenberg admitted in an interview with German magazine Der Spiegel before his death that the supposed “disease” is a “prime example of a fabricated disorder.” American citizens are witness to more and more normal behaviors being listed as symptoms of “alleged “disorders, which critics claim is a troubling trend. The supposedly “independent advisory panel” wants to cast a much wider net.

“The USPSTF recommends screening for depression in the general adult population, including pregnant and postpartum women,” said the outfit, which adds that its views should not be construed as the official position of the “Agency for Healthcare Research and Quality” or Obama’s HHS. “Screening should be implemented with adequate systems in place to ensure accurate diagnosis, effective treatment, and appropriate follow-up.”

In its “rationale” for recommending that all U.S. adults be screened for depression, the panel claims that the “illness” is “common in patients seeking care in the primary care setting.” It also cites “adequate evidence” allegedly showing some “improvements” if its advice is followed.

Not surprisingly, this “panel” downplays the risks cited by The New American as well as other sources – including Big Pharma and the government. “For instance, the panel admits that antidepressants are ‘associated’ with harms, including an increase in suicidal behavior, an increased risk of gastrointestinal bleeding, fetal harm, and more. But despite that, the task force ‘concludes with at least moderate certainty that there is a moderate net benefit’ to screening all American adults. And by all, the task force means all: ‘The USPSTF recommends screening in all adults regardless of risk factors,’ it said.”

Those who attempted to warn the citizenry about this unconstitutional Affordable Care Act were maligned as “heartless,” “uncaring,” and “selfish,” among more unsavory terms, because liberals accused those individuals of wanting to deny health care services to those without insurance. These individuals never stopped to truly evaluate Obamacare or review the information many gathered and presented to inform the public of the invasiveness and loss of control in an individual’s health care. Their only goal was the destruction of a free nation under the guise of an egalitarian utopia.

Although, there are individuals that claim to support the Constitution who accept and applaud “mandatory” health procedures – court ordered blood draws to determine whether someone is drunk driving comes to mind, court ordered colonoscopies, and roadside strip searches. Now, it will be mandatory for adults to endure a mental health illness evaluation. If you refuse, citing individual “rights,” you can be diagnosed with ODD, meaning you will become a member of the Prozac Nation. Your children will be subjected to the same, whether you agree or not. Congratulations.

The moment the government realizes individuals accept it crossing one line, the government invariably expands its authority, unlawfully, and crosses into all areas. We, the citizens of the united States, are witness to this expansion of totalitarianism.

The new mandatory evaluation will go along nicely with the “National Adult Immunization Plan” (NAIP) “to track Americans’ vaccination records, wage a massive propaganda campaign to ‘encourage’ more inoculations, and force more controversial vaccines on adults against their will. Critics noted the agenda includes eventually imposing vaccines at gunpoint.” Let that sink in for a moment. The government will impose vaccines upon you at gunpoint.

Violating and ignoring the Constitution comes at a price. The price is freedom, liberty, the pursuit of happiness and at times, life itself. It’s a high price to pay. Yet, many Americans are willing to pay that price. And, they are willing for you to pay it as well. The noose is tightening around the neck of freedom each day unconstitutional laws, such as Obamacare, and agencies like the Department of Health and Human Services are allowed to continue to exist. No authority is given to the federal government to mandate health care, mental health of its citizens or to establish unconstitutional agencies. Yet, it is being done. The threat is becoming clearer and the solution more urgent. If violations of the Constitution are allowed to continue, the united States will be the Prozac nation Elizabeth Wurtzel so declared and the united States of Depression will be the reality.