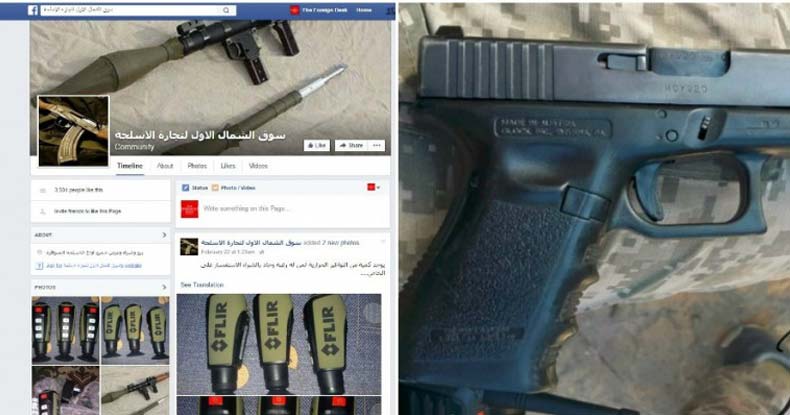 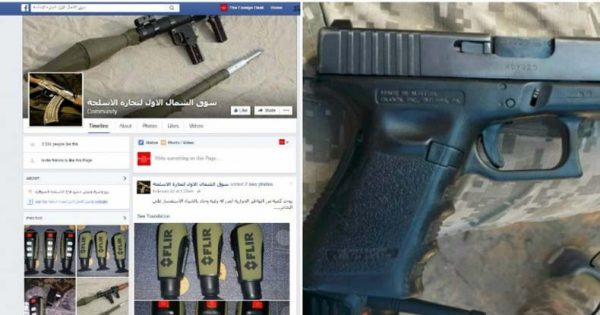 The US has been dumping so many weapons into the Syrian conflict that there is now an apparent surplus. ISIS has since taken to selling them online.

Last year, the Free Thought Project reported on a video, apparently recorded just outside of Aleppo, Syria. The video illustrated just how insane the US “War on Terror” has become.

Of course, the ‘moderate rebels’ firing a US missile is nothing out of the ordinary. However, what makes this U.S. paid for missile so special is that it was fired at what is clearly a U.S. paid for Humvee.

The video below shows the absurdity of the war on terror in one single blown up Humvee.

When US arms aren’t being used to aid both sides of a conflict, the extra weapons offer a unique benefit for those on the receiving end; ISIS is now offering the surplus for sale on Facebook.

According to Foreign Desk News,

Jihadis in Syria are using Facebook as a marketplace to buy, sell and barter a wide variety of American-made weapons and munitions ranging from rocket launchers to machine guns.

An AGS-17 Soviet-era grenade launcher is listed for $3,800 and below that a thermal camera made by Oregon-based company FLIR, is listed alongside posts advertising the sale of 105mm cannon shells.

Weapons like TOW and MANPAD missile launchers, which the CIA has provided to rebel groups in Iraq and Syria, and can pose serious threats to civilian and military jets, are also advertised on the page.

Since Facebook has banned all talk of weapons sale and trading on their social media platform, the page has since been removed, however, not before they received thousands of likes and potentially unloaded countless weapons.

In October, the Free Thought Project reported on the Russian Defense Ministry’s announcement that Islamic State militants were decimated by Russian airstrikes, and had lost “most” of their ammunition, heavy vehicles and equipment in the precision strikes.

Almost immediately, the U.S. airdropped 50 tons of weapons and ammunition to the newly branded “Syrian Arab Coalition” forces — a U.S. rebel group re-branded, but known for its unreliability and willingness to hand weapons over to al-Qaeda and ISIS.

“Probably 60 to 80 percent of the arms that America shoveled in have gone to al-Qaeda and its affiliates,” according to Joshua Landis, a Syria expert at the University of Oklahoma.

It seems quite obvious that while the U.S. likely supplies al-Qaeda affiliate the al-Nusra front, Ahrar al Shams, and other jihadists in the Syrian combat theater, the idea that the U.S. is once again using the al-Qaeda terror network, similarly to how they were used to fight a proxy war against the Soviet Union in Afghanistan, should give pause to every American as a potential replaying of past U.S. foreign policy failures.

The fact that Americans aren’t up in arms and in the streets to demand the US pull out of all foreign occupations, speaks to the nature of the propaganda campaign waged against them.

When will Americans wake up to the fact that their government wages illegal wars of aggression at the expense of their children and grandchildren?