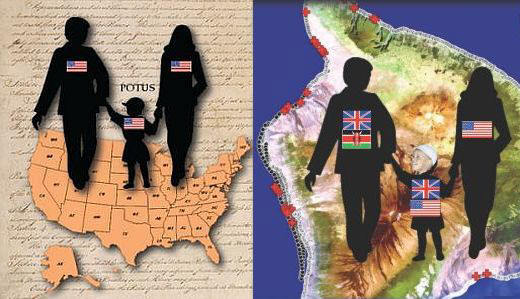 Well, Publius Huldah is no stranger to these parts. She has done the prerequisite work in pointing back to how the framers of the Constitution understood the term natural born citizen and has written on the subject. The following video is specifically on that subject. Unfortunately, I have been sitting on this video for a couple of weeks, but in God’s Providence, it seems it is time just ahead of Super Tuesday to unveil it to the people of Freedom Outpost. This is one you will want to share with your friends over the next couple of days for sure.

Each of these men, along with their fellow countrymen were transformed into citizens on July 4, 1776 by means of the Declaration of Independence.

So, what does that mean for those presidents according to the Constitution’s requirement that a president be a natural born citizen? It means that they were naturalized via the Declaration of Independence, which would later be written out in Article II, Section 1, Clause 5 of the US Constitution.

PH also offers the following documentation from David Ramsay to demonstrate what he wrote.

A Dissertation on Manner of Acquiring Character &amp; Privileges of Citizen of U.S.-by David Ramsay-1789

Ramsay, was a founding father, who wrote A Dissertation on the Manner of Acquiring the Character and Privileges of a Citizen of the United States, which was published in 1789. Ramsay wrote:

“The citizenship of no man could be previous to the Declaration of Independence, and as a natural right, belongs to none but those who have been born of citizens since the Fourth of July, 1776.”

The framers did not desire to have foreigners with divided loyalties to be president. They wanted a president who inherited his citizenship from American parents (plural).

Just as a child inherits his eye color from his parents, he also inherits his citizenship from them as well. In other words, it does not take an act of Congress to make him a citizen. It is a fact of blood that one is a citizen through birth to citizen parents.

To demonstrate the difference between those who are citizens naturally and those through a proclamation of man (Declaration of Independence, Clause in the Constitution, act of Congress), PH points to the 14th Amendment, something that we have dealt with before concerning the Texas senator.

PH points out the one of the purposes of the 14th Amendment was to extend citizenship to freed slaves. That first generation of freed slaves were most definitely considered citizens, but they were more definitely not natural born citizens because they were not born of parents who were citizens. Therefore, the 14th Amendment has absolutely nothing to do with natural born citizen. It has to do with the creation of new citizens. In other words, it naturalized freed slaves as citizens.

In dealing with the issue, PH then addressed Senators Marco Rubio and Ted Cruz.

Rubio was born in the united States, but he was born to parents who were Cuban nationals. Though Rubio’s parents were under the lawful jurisdiction of the united States, they were not citizens and thus, Rubio is not a natural born citizen. In fact, Rubio is a naturalized citizen because his citizenship is by operation of a man-made law. Furthermore, if it were not for Section 1 of the 14th Amendment, Rubio would have been born with the same alien status as his parents!

Something similar happens when we look at Ted Cruz, who was born in Canada to a father who was a either a Cuban national or a Canadian citizen and an American born mother, whose status at the time of his birth is not clear, but according to PH, “her status doesn’t matter. The father is the one who counts.”

“At the time of the framing of our Constitution, the doctrine of coverture was in effect,” said PH. “Under that common law doctrine, husband and wife are one, and the man is the one! The woman’s legal identity was subsued into that of her husband’s.”

None of this should take Christians by surprise as it is what the Bible lays out for us in Genesis 2. Additionally, women take on the last name of their husbands, even today.

Therefore, we conclude that Ted Cruz is not a natural born citizen. Additionally, we know that he also held Canadian citizenship, which he did not renounce until he set his eyes on the White House. He stopped being a Canadian citizen on May 14, 2014.

Finally, and this is something that I have put forward in a short video commentary, Cruz has apparently sealed all of the records that would indicate his mother’s status. FOIA (Freedom of Information Act) requests have been denied. He has also decided to withhold any documentation, such as a Consular Record of Birth Abroad (CRBA), which is required by the State Department via Congress if one is born to a parent abroad and wishes to be considered a citizen at birth. This is not a natural born citizen because it is conveyed via a manmade law. Cruz has yet to produce this document, which then leads us to ask the question, is he here legally? Before you laugh me off, let me ask you, how do you know someone has gone through naturalization without documentation? There is a paper trail. Senator Cruz is telling us he is going after illegal aliens (those without the paper trail, who have not come to the States legally), and yet, he has produced no CRBA documentation that is, in effect, naturalization papers.

So far, the lawsuit against both Cruz and Rubio continues forward despite attempts to dismiss them. Republicans would not do their duty concerning Soetoro, and now they are engaging in pushing forward two ineligible candidates for president. What a tangled web we weave…