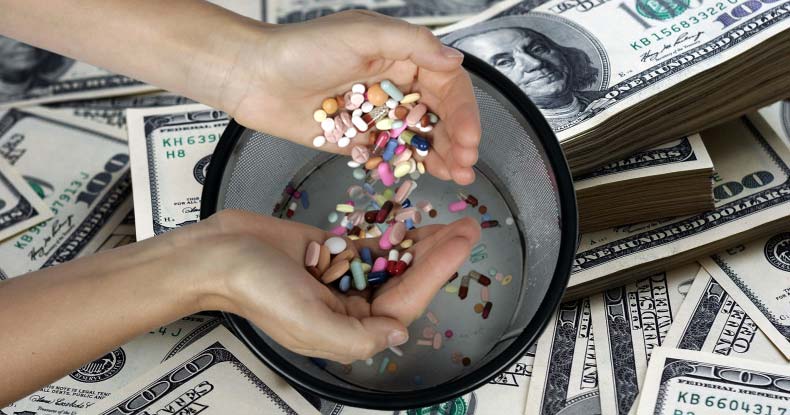 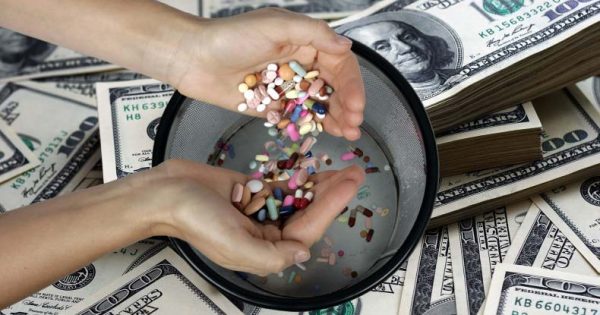 Big Pharma has found a way to pull the wool over the eyes of regulators to inflate profit — and the method wastes vital drugs which could be saving lives. Hospitals, doctors, and pharmaceutical companies are charging patients — and, therefore, private insurers and Medicare — for medicine that literally cannot be administered, but must be tossed in the trash.

A report published in the BMJ (formerly the British Medical Journal) finds health insurers and Medicare spend $1.8 billion on cancer drugs that wind up in the trash because ‘clever’ packaging purposely mismatches doses with the patients receiving them. Another $1 billion is wasted on artificial markups of those throw-away drugs.

Many cancer drugs have to be administered in doses which correspond to a patient’s body size — and need to be used immediately after opening. But drug manufacturers often package these meds so they don’t correspond to typical patient doses — meaning arbitrarily leftover drugs can almost never be used and simply end up being tossed out. According to the study:

“The leftover drug still has to be paid for, even when discarded, making it possible for drug companies to artificially increase the amount of drug they sell per treated patient by increasing the amount in each single dose vial relative to the typical required dose.”

If a patient only needs 50 mg of a drug, but the drug only comes packaged in 100 mg doses, after administering the 50 mg, the rest must be thrown away. But the patient is charged for the entire vial plus the arbitrarily inflated markup.

“Congress sets their markup for Federal Medicare patients at 6%, but for private insurers (which cover most Americans) the markup tacked on by doctors and hospitals can be much higher — closer to 22% and 142% respectively, say study authors,” as TIME noted.

Incredibly, the authors of the study found, the proportion of drugs leftover — and most often necessarily wasted — varies between 1 and 33 percent. In fact, one drug used to treat multiple myeloma, bortezomib, is only available in a 3.5 mg vial, “much larger than the average required dose” — which they calculate to typically be 2.5 mg. They estimate between 27 percent and 30 percent of sales of bortezomib in the United States are for leftover, unusable portions. Even worse, the “large vial size of bortezomib seems to be unique to the U.S. market. The drug is sold in 1 mg vials in the U.K.”

“Drug companies are quietly making billions forcing little old ladies to buy enough medicine to treat football players, and regulators have completely missed it,” explained Dr. Peter B. Bach, study co-author and Director of the Center for Health Policy and Outcomes at Memorial Sloan Kettering, to the New York Times. “If we’re going to start saving money in healthcare, this is an obvious place to start.”

Though this needless waste seems problematic on a number of levels, the FDA has no qualms. FDA spokesman Christopher Kelly explained the agency would only object to excessive vial sizing if “it could lead to medication errors or safety issues due to inappropriate multiple dosing.” Indeed, the agency doesn’t have the authority to consider cost in its decision-making. “Companies propose vial sizes they would like to market,” said Kelly, essentially meaning that unless there is physical danger for the patient, it’s no concern of the FDA.

While the study focused on the top 20 cancer drugs, which account for 93 percent of U.S. sales, they emphasize drug waste and profiteering via inflated packaging is not unique to cancer treatment. The study authors do offer words of advice to rein in such wasteful practices — but it’s doubtful that advice will fall on anything but more deaf ears.

The next time you look at your paystub, take notice of how much money is being taken out and given to Medicare. Then realize that much of that money is going to drug manufacturers who’ve swindled the system into buying more drugs than they need. In the Land of the Free, you are forced to hand over a portion of your income so drug companies can enrich themselves by having doctors throw away their products. Makes perfect sense.