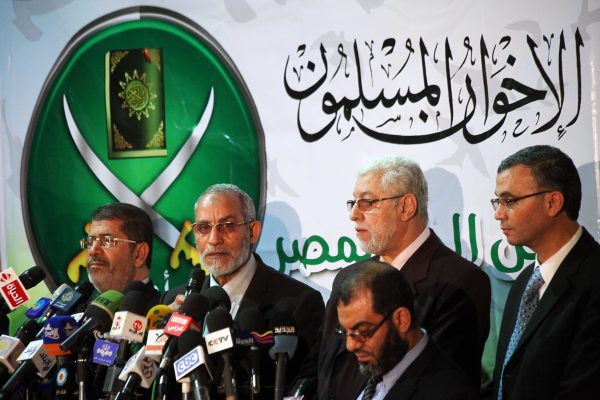 If only it would happen! HR 3892, The Muslim Brotherhood Terrorist Designation Act of 2015 was recently moved out of committee and sent to the House for consideration. The question is, will a Republican-led Congress show anymore spine in passing this legislation than they have in standing against Barack Hussein Obama Soetoro Soebarkah?

The bill, which was sponsored by Rep. Mario Diaz-Balart (R-FL), was first introduced in November of 2015, but it was finally reported out of committee on February 24, 2016. The bill has at least four co-sponsors, including Rep. Louie Gohmert (R-TX).

The bill would “require the Secretary of State to submit a report to Congress on the designation of the Muslim Brotherhood as a foreign terrorist organization, and for other purposes.”

Of course, the Muslim Brotherhood backs virtually every mosque in the West and they also provide many front groups who are opposed to the united States, including Hamas-CAIR (Council on American-Islamic Relations), the Islamic Society of North America and the Muslim Students Association, just to name a few.

In that same year, Egyptian media outed Barry as a member of the Muslim Brotherhood. This should not be hard to comprehend seeing that he has engaged in open treason against the united States in providing America’s enemies with aid and comfort in the form of money, weapons and training. Still, spineless Republicans will not impeach the man, which is their constitutional duty. They simply don’t care.

Though the goals of the Muslim Brotherhood are similar to their counterpart Communists, they are making headway into America’s public indoctrination system, as well as America’s political system. They have the ear of the White House.

Last year, we documented the Muslim Brotherhood’s infiltration into America in a series called The Betrayal Papers. You can review that series in the following links:

The bill concludes that it is the sense of Congress that:

Now, the question is, will Congress actually approve the bill and start dealing with the domestic terrorists in our midst, including those tied to this Islamic terror organization in the White House?

Contact your representative and tell them to approve the bill and start cleaning house.