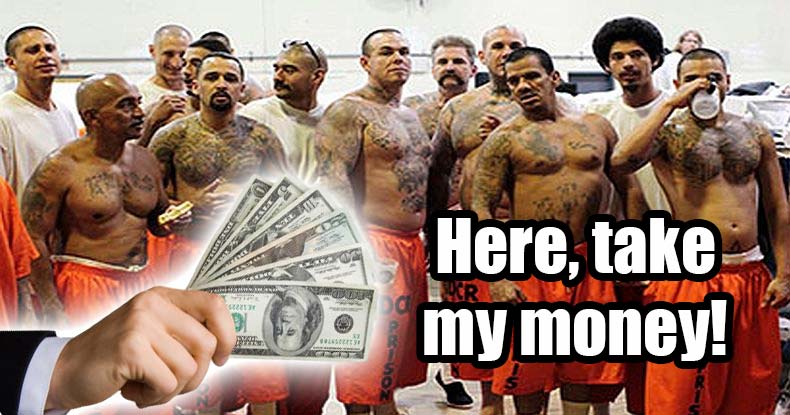 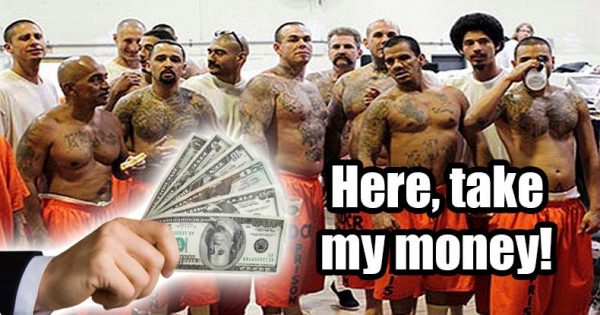 This sounds like a mafia extortion shakedown, doesn’t it? However, it’s all too true. The Democrat-controlled Washington, DC Council voted unanimously on Tuesday to approve a crime bill, which among other things will “pay for peace.”

According to one provision of the bill, it would pay as many as 200 individuals up to $9.000 per year in order to participate in therapy programs and stop committing crimes!

This has drawn heavy criticism from those looking on.

Washington City Paper reports that the council is even being tight lipped on who gets this money and how much they will receive.

In an amendment in the nature of a substitute attached to his bill that [Kenyan] McDuffie submitted yesterday, McDuffie requires the city agency in charge of the program to make an annual report on its success. The report would include participants’ progress, demographic information, and recruitment figures.

It’s a necessary review on a program that could ultimately pay individuals thousands of dollars to attend anti-crime programs and stay out of trouble. But McDuffie’s legislation makes it difficult to see just how the program is doing, because he exempts the annual reports from the Freedom of Information Act.

In an email to LL, McDuffie spokeswoman Dionne Calhoun says the FOIA exemption is meant to “preserve the confidentiality of participant information.” But language in McDuffie’s legislation already requires the report to be “protective of personally-identifying information,” to say nothing of the privacy exemptions already built into the city’s FOIA law.

Instead, McDuffie’s FOIA legislation will make it harder to know whether his unorthodox anti-crime approach is actually working.

Whether it’s working? It is a crime to take money from the people and use it for means other than what government is limited to do. Among those limits, it should be fairly obvious to all that paying criminals not to commit crime is not something that taxpayers should be paying for. For McDuffie’s part, he claims that the program will work because rewards outweigh punishments.

“One homicide in the District is one too many. We know that we cannot simply arrest our way out of crime; prevention is key,” McDuffie said at the Tuesday hearing. “This comprehensive bill is a step in the right direction.”

This has to be the most flawed logic I have heard coming from Communist Democrats.

So far, Mayor Muriel Bowser, whose own staff member has been charged with dealing crack cocaine, hasn’t spoken on the issue, but I’m sure will be in complete support for such a wicked transfer of wealth.

At least one citizen in DC gets it.

“It’s weird and it’s dumb,” John Gaul, told WUSA9. “If it’s serious, if people are trying to do it, DC’s got a lot better places to spend their money. That’s just silly.”

I agree. Start bringing justice on criminals. If they are violent offenders, there is a sure way to determine that they won’t commit another crime, it’s called bringing back the death penalty. Then no one is spending anyone else’s money to deal with these people, but I suppose that is asking too much of politically elected criminals.