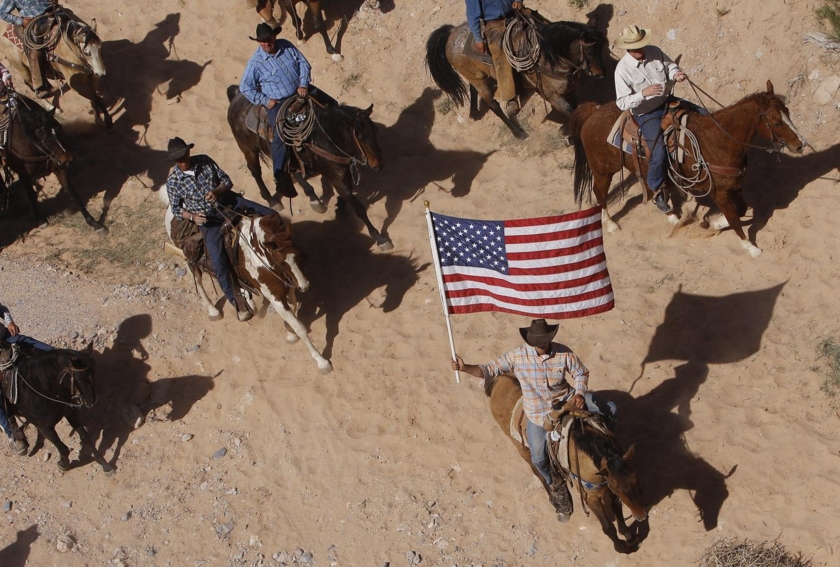 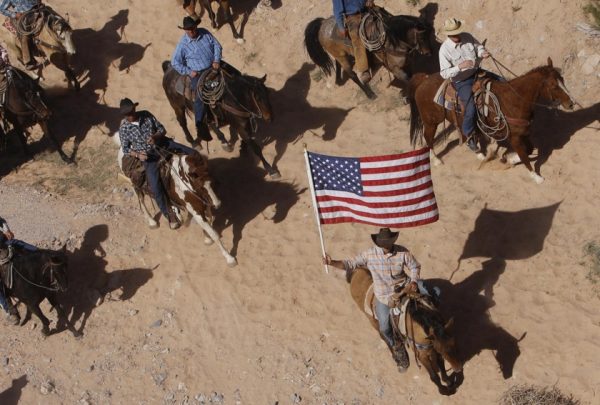 Well, it appears that there is a list of Americans that are being arrested on trumped up charges related to the 2014 Bundy Ranch standoff. We told you about the suspicions of this list back in February. In addition to the arrests of those who stood with the Bundy’s at Bundy Ranch, including Cliven Bundy himself, it’s being reported that there are at least two other men have been arrested and charged in relation to the Bundy Ranch siege in 2014, including a campaign official for Donald Trump.

First, the Salt Lake Tribune reports on an arrest of a member of the Bundy family:

FBI agents have arrested another son of Nevada rancher Cliven Bundy — this time in Utah.

David “Davey” Bundy was arrested just after 7 a.m. Thursday at the site of the house the Millard County contractor is building for his family just south of Delta, his wife told The Salt Lake Tribune.

Marylynn Bundy said she was alerted to the arrest by a worker who was blocked from getting to the house by law enforcement.

“I think they are just trying to get all the Bundy men locked up, so they can raid their homes,” Marylynn Bundy said.

The FBI in Utah could not immediately confirm the arrest. However, the U.S. Attorney’s Office in Nevada did confirm that a charging document had been filed against Bundy, but said that it was sealed.

The Associated Press reports of another arrest:

A New Hampshire man has been arrested for his role in a standoff by Nevada ranchers opposed to federal control of public lands.

Gerald DeLemus of Rochester has been named as a “mid-level leader” and organizer of a conspiracy to recruit, organize, train and provide support to armed men and other followers of rancher Cliven Bundy.

DeLemus also was in Burns during the refuge occupation and posted online videos and dispatches from Harney County, including an interview with Ammon Bundy. He hasn’t been charged in the Malheur takeover.

DeLemus was arrested Thursday in the 2014 standoff and is due to appear federal court in Concord on Thursday afternoon.

According to another report, DeLemus is co-chair of Veterans for Trump in New Hampshire, which Trump announced he was forming in July 2015.

Another source has confirmed to Freedom Outpost that there are at least three more confirmed arrests related to the Bundy Ranch siege. I’m sure these will not be the last ones we hear about. Patriots who stood at Bundy Ranch, keep a sharp eye out. The target has been painted on your backs and you may not even see the FBI coming for you!