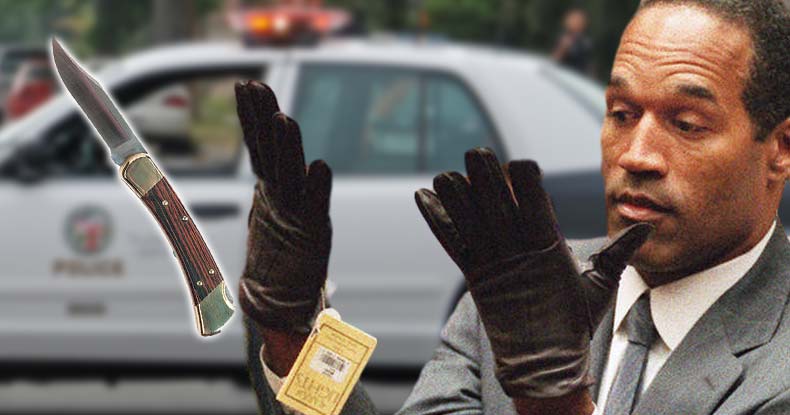 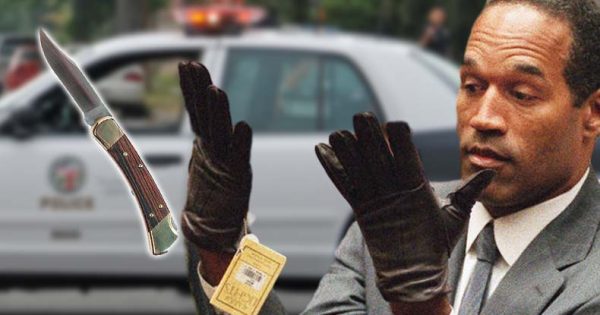 Los Angeles, CA — In 1995, Orenthal James, “O.J.” Simpson, was acquitted of the 1994 murders of his ex-wife, Nicole Brown Simpson, and Ronald Goldman. After the not guilty verdict, in a controversial and internationally publicized criminal trial, a civil court awarded a judgment against Simpson for their wrongful deaths, yet O.J. has yet to pay any significant portion of the $33.5 million judgment.

To add even more contention to the already disreputable case of O.J. Simpson, it was reported this week that the possible murder weapon was discovered at his LA mansion nearly two decades ago. However, it was kept secret by a member of the LAPD.

According to TMZ, who cited law enforcement sources, a construction worker found the knife years ago. The exact date is unknown, but it ranges from “several years ago” to 1998, when the house was demolished.

Los Angeles police confirmed Friday morning that a knife was, indeed, found on the former Brentwood property of O.J. Simpson and that they are investigating the incident.

Of course, the knife being found on Simpon’s property is not very surprising considering the wrongful death ruling. However, what happened after the construction worker found it, makes for quite a conspicuous story.

According to the LAPD, after the knife was found, the construction worker turned it over to a nearby LAPD police officer. He told the cop where he’d found the knife and that was the end of it.

Turns out the cop — who worked in the traffic division — was off duty at the time, working security for a movie shoot at a house across the street on Rockingham. Our sources say the officer took the knife home and kept it … kept it for years.

Not until this past January, after this unnamed cop had retired, did he make any mention that he had this knife in his possession.

The cop contacted a friend who worked in the LAPD’s Robbery Homicide Division and told him that he had the knife, and he wanted to get it framed to hang on his wall. He wanted his source in the RHD to get the department record number for the Nicole Brown Simpson/Ronald Goldman murder case, which he planned on engraving in the frame, according to TMZ.

Upon hearing that his friend had concealed evidence in a murder investigation for years, the LAPD contact inside the RHD actually alerted his superiors, and the knife was taken into their possession.

According to the LAPD, the knife is now being tested for hair and fingerprints. TMZ reports officers who’ve seen the knife said it looks like it could have blood residue on it.

The investigation is top secret. It’s been logged into the LAPD’s computer system outside the official case file to maintain security. Our sources say, since O.J. was found not guilty, it’s still an open case. That means cops can continue investigating, but O.J. cannot be prosecuted again — double jeopardy.

While the rest of the media focuses on Simpson, they are conveniently failing to report on the officer who concealed possible evidence in a murder.

The Free Thought Project contacted the LAPD on Friday to inquire as to whether or not the officer, who was at best, derelict, and, at worst, conspiratorial in his duties as a public servant, will face any punishment or even be named. The LAPD has yet to respond.