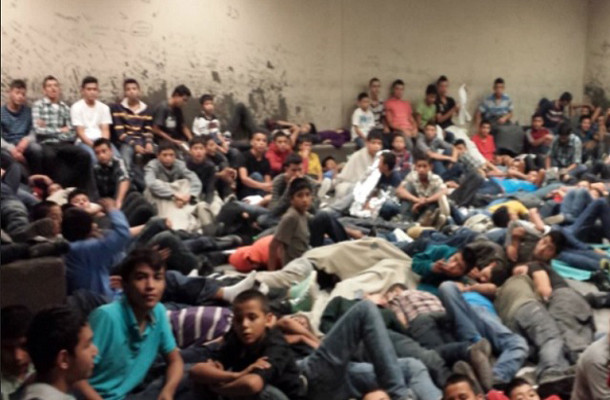 Talk about an open door policy. Here’s a good way to get one’s country overrun with people fast: hand out free money. Literally.

Now, under a new £550 million EU disaster fund scheme concocted by officials in Brussels, migrants are actually going to be handed envelopes filled with cash to “maintain their dignity”.

The EU aid plan – the first of its kind to provide humanitarian relief inside the continent – will be used to help charities provide essentials such as medicines, blankets and food.

But Christos Stylianides, the Commissioner in charge of humanitarian aid, said he believed migrants should also have the option of buying things themselves rather than being forced to queue up for aid drop-offs.

Mr Stylianides said there were different ways the Commission could ‘help refugees on the ground to make sure they can survive and have the best possible living conditions’ including through giving cash or vouchers.

He said: ‘I believe that in Greece, given that it is a European country that has a certain degree of a good functioning of the banking sector, we could apply the cash and voucher procedure.

‘It is my own personal view that the cash and voucher procedure will prove particularly helpful in this case and it is an important option being given as it ensures dignity for refugees, while helping local communities because they will be selling their own goods and services.’

Commission documents suggested the money could be distributed through cash in envelopes, mobile phone transfers or bank account deposits.’

The plan is the first of its kind, but not everyone has missed the potential stupidity with this “plan”:

Tory MEP David Campbell-Bannerman last night said: ‘There is a danger that by handing over cash rather than basic essentials, British taxpayers’ money could end up in the hands of the human traffickers smuggling people through Europe. This is no way to ensure our security in Britain.’

The cash-filled envelopes will be handed out in Greece first, which makes even less sense considering all the austerity measures enforced on the native Greek population following the economic nightmares that country has lived through in recent years.

The comments section of the story on DM was filled with statements to this effect, likely because people cannot believe this is actually happening in real life.

Try “preserving the dignity” of the British unemployed who are regularly humiliated by benefits officers, instead.

Extend some respect and consolation to the Greeks as well, as you are occupying their borders, and some of you under false pretenses.

Out of human kindness please extend some of that financial fund to the poor Greek families and farmers who are living under the EU austerity program. Why the deliberate snub to the poor and unemployed Greeks? Care to say Brussels! We’re all waiting to know!

They want “Dignity”? Go back to your countries. Fight the enemy. Build. You know, like Europeans did.

So where are the women and children? These are all army aged men fleeing like women. Freedom comes with a price, stop being the biggest wussies on the planet and fight for your country! Fight for your freedom! Go home and take care of business and stop looking for freebies in Europe and the US.

Mr. Savage is correct. Liberalism is a mental disorder.

And some people still believe that all this mass immigration isn’t an agenda being pushed from the top.