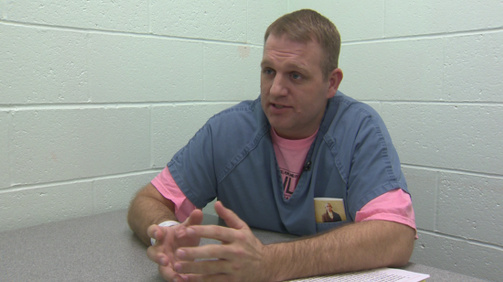 Ammon Bundy, who led the protest at the Malheur National Wildlife Refuge in Oregon and was arrested back in February, recently gave an interview from jail, in which he says that he has no regrets for his part in the protests in Oregon or his stand at his father’s ranch in 2014.

KGW’s Kyle Iboshi spoke with Bundy for about half an hour in an exclusive interview.

Though Bundy has no regrets, he did display an emotional response when recalling LaVoy Finicum, who was murdered in cold blood the day Bundy was arrested. He also expressed how much he missed his family, especially his wife and his six children.

When asked if the standoff was worth it, Bundy said, “Yeah, it was. It truly was because of what we came to accomplish did get accomplished.”

Bundy says that he was caught by surprise the day he was arrested.

“We were peacefully going to Grant County with our laptops, our projectors and our PA systems and they attacked us like we were domestic terrorists, or even foreign terrorists,” Bundy said.

When asked how they were attacked, Bundy said that they were simply driving and were ambushed.

When recalling the death of LaVoy Finicum at the hands of police and federal agents, Bundy believes that Finicum “saved many lives that day.”

Bundy also said that he had no future plans for protests. Of course, part of that is due to him being in jail, but one can assume that now that he has been charged, he will be able to take his message and his grievances against unconstitutional land grabs by the DC government before the people. I’m actually hoping that we will see this trial on national television, though I’m not going to hold my breath because it would expose the criminal activity of the Bureau of Land Management, the FBI and the DC government.

Here’s the full interview in two parts, courtesy of KGW:

So far, nearly two dozen people have been arrested and indicted with ties to the 2014 Bundy Ranch siege by federal agents, including Cliven Bundy, a Donald Trump campaign official and several others this week. This list of people the feds are targeting could be as high as 68, according to sources.