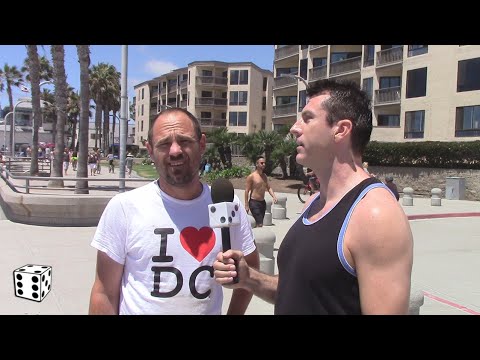 If you thought that Mark Dice couldn’t top his previous videos in exposing the American public’s alarming lack of knowledge about their own country’s history, then think again – numerous beachgoers in San Diego don’t know who Washington D.C. is named after.

Asked “who is our nation’s capital named after,” one African American woman responded, “Erm, OK, umm, see why you gotta ask me something like that, can I Google it?”

The woman desperately searches in vain for the answer before giving up.

When Dice asks the same question of another two women, one of them responds, “You have to tell us,” before admitting, “I have no idea.”

Another blonde woman does actually know the answer – George Washington – but then admits that she is not sure. “I don’t really care,” she adds.

A man with a surfboard states, “I’m gonna have to go with….yeah I don’t know,” before an older man gets the answer right before telling Dice that millennials are “not gonna have a clue”.

Easily the most cringe worthy exchange is between Dice and a man wearing an “I (heart) DC” t-shirt.

“Our nation’s capital is named after who?” asks Dice.

“I don’t know, I just woke up,” responds the man, adding that he doesn’t remember where he bought his shirt.

The man struggles to remember that the city is named after Washington, but then cannot recall his first name, lamenting, “It’s not coming….I’m just out of it.”

“Out nation’s capital is Washington D.C. and I don’t know who it’s named after,” states another African-American man.

“Some president, I don’t know, is it you?” his girlfriend asks Dice.

An older lady then tells Dice that Washington D.C. is named after “Lincoln”.

Perhaps the most depressing scene comes at the end of the video when a couple on vacation from Italy immediately know the answer and then express their amazement that many Americans are completely unaware as to who their first president was or that Washington D.C. is named after him.