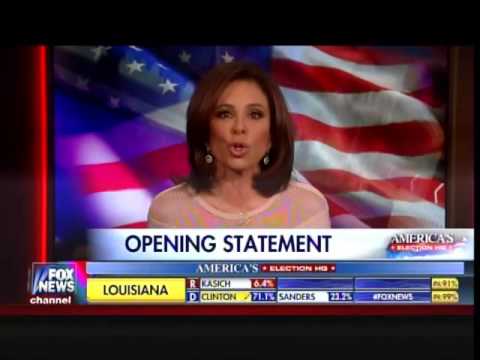 Romney exposed as a “corporate raider”

(INTELLIHUB) — “The Establishment is panicked” and now Mitt Romney wants a “brokered convention where the Republican nominee will be selected by party activists and their delegates of their state’s choice,” Judge Jeanine Pirro said on Fox News Saturday.

Pirro went on to hammer Romney, who would rather see the GOP take a loss to Hillary Clinton than to let a non-establishment pick like Donald Trump win. I mean after all, Romney is literally trying to spite the American people, the “silent majority,” who have already voted.

“You know Mitt if you are so concerned about out country, where were you when Barack Obama lied to us, saying we could keep our health care and our doctors?” Pirro said.

Pirro called Romney a “corporate raider, who threw people out of work and sent jobs out of our country.”

Pirro also pointed out Romney’s failed presidential campaign and said that he “choked” against Obama.