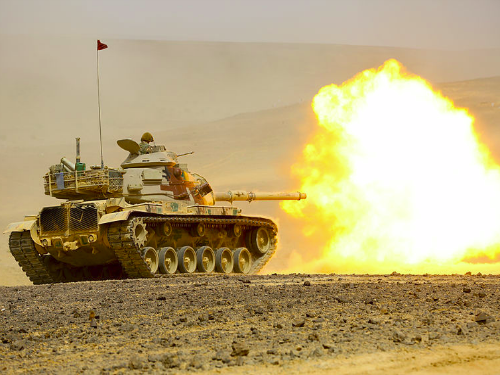 Ever since global oil prices started to plummet, Saudi Arabia just hasn’t been the same. That’s no surprise. Since prices fell, other oil rich nations have been hurting as well. Russia’s economy has been on the ropes, Canada is plummeting into a recession, and Venezuela is on the verge of total collapse. However, there probably isn’t any nation on Earth that is more reliant on oil than Saudi Arabia. If anyone is going to be destroyed by low oil prices, it’s the Saudis.

The crux of the matter is that this country is running out of money. It doesn’t look like it at first glance. They’ve only recently started to dip into their enormous savings, and their debt to GDP ratio is remarkably low. However, they are hemorrhaging money at an alarming rate. They’ve been flooding the market with cheap oil to drown out their competition (a dangerous gambit for a government that receives 80% of its revenue from oil) , and they’ve been fighting several expensive proxy wars with Iran, which are not going so well. The situation is so dire that the IMF expects them to run out of money within 5 years.

For most countries this wouldn’t be such a big deal. They would just go into debt and kick the can down the road until their financial system crumbled after many years. But the Saudi’s can’t do that. Their government and their society is structured in such a way that they can’t maintain anything with debt. The reason why is that they are not a traditional nation-state.

In fact, Saudi Arabia is no state at all. There are two ways to describe it: as a political enterprise with a clever but ultimately unsustainable business model, or so corrupt as to resemble in its functioning a vertically and horizontally integrated criminal organization. Either way, it can’t last. It’s past time U.S.decision-makers began planning for the collapse of the Saudi kingdom.

In recent conversations with military and other government personnel, we were startled at how startled they seemed at this prospect. Here’s the analysis they should be working through.

Understood one way, the Saudi king is CEO of a family business that converts oil into payoffs that buy political loyalty. They take two forms: cash handouts or commercial concessions for the increasingly numerous scions of the royal clan, and a modicum of public goods and employment opportunities for commoners.

Essentially, Saudi Arabia runs on institutionalized bribery. They need cold hard cash to keep the population in line, to keep the ever-growing royal family rich and happy, and to make sure everyone is doing their job. It’s not like what you see in most Western nations, where much of the population has a misplaced sense of civic duty. This system needs cash, and can’t survive on IOUs.

The elites in this society demand a life of perpetual luxury, and government handouts are the only thing keeping the oppressed masses from rebelling. Once they run out of money, everything will fall apart from the bottom up.

But the financial situation isn’t the only problem with the Saudi kingdom. Much of their budget is being burned up from fighting their war in Yemen, which they are losing badly. Dozens of their Blackwater Mercenaries were killed in a missile attack last month, the Yemeni rebels captured one of their military bases two weeks ago (within Saudi territory no less), and last week Yemeni forces managed to capture over a hundred Saudi soldiers.

This is a regime that rules with fear and oppression. How can they do that when their own military can’t beat an insurgency in their own backyard? When the handouts and bribes grind to a halt, and their population is sick and tired of being dominated by the Saudi family, how long do you suppose it will take for them to rebel?

And on top of all that, Saudi Arabia is faced with a severe water crisis. They’re heavily reliant on underground aquifers that aren’t renewable, and they use more water per person than in many Western nations (in fact, twice as much as the average person in the EU). They could run out of water in as little as 13 years. This has prompted the Saudi regime to start taxing water for the first time, partly due to the water crisis, and partly due to falling oil revenues.

As you can see, there are a lot of existential threats bearing down on Saudi Arabia. Their proxy wars with Iran are bleeding their coffers dry just as oil revenues have reached record lows, their oppressed population is restless, they can’t meet the demands of their gluttonous elites, and they’re facing a nationwide environmental disaster that could grind everything to a halt.

In short, one of America’s strongest allies in the Middle East and the linchpin of the petrodollar, is facing a complete collapse, and it may happen within a decade. This could lead to chaos in the Middle East, and would have huge ramifications for the global economy. And at the end of the day, there really isn’t anything that can be done to stop it.