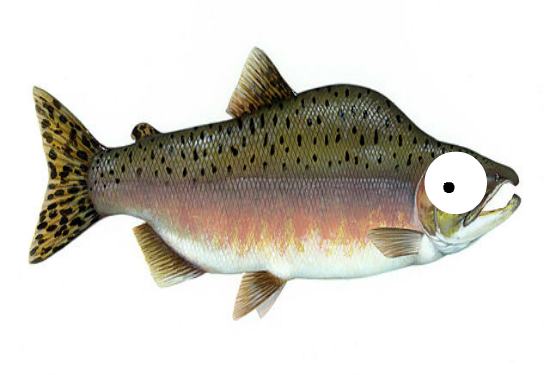 When stories like the lead poisoning in Flint, Michigan make national news, people sit up and take notice.

What people don’t realize is just how contaminated our water is all the time, every day, everywhere.

I’m not talking about heavy metals like lead, although unless regular testing is done the nation over or you test your own water with a home kit (cheap, definitely worth it if you are curious to know what’s in your water), how do you know what’s coming out of your faucet is lead-free anyway?

In this instance, however, I’m talking about Big Pharma.

Salmon caught in the Puget Sound were recently found to be contaminated with a toxic cocktail of 81 drugs and chemicals.

Tissues of the juvenile chinook were tested and researchers were blown away by what they found.

Drugs these fish were on included:

Why? Because the process used in wastewater treatment facilities does not filter out all the drugs that are eliminated by humans into the water supply en masse on a daily basis. That water is then reused, contaminated more, taken up by crops and the animals that eat them, and it ultimately winds up on our dinner tables to be eaten and recycled once more. (Kinda reminds me of the film Soylent Green).

Worse, the researchers had a hard time even completing this study because while their test group came from waters near wastewater treatment plants, even in the control waters of the Nisqually estuary — a water source not near a wastewater plant that was supposed to be researchers “clean reference” water source — fish tested positive for higher levels of drugs than was found in some of the largest wastewater treatment facilities tested by the EPA around the country.

Guess it could have been worse, as researchers actually tested for 150 compounds, but they still concluded some 97,000 pounds of drugs and chemicals are likely making their way into just these waters each year. No reason to think it’d be all that much different in other water sources surrounding heavily populated areas across the U.S.

The scientists in the study go on to question what this is doing to the fish, but what do you think it is doing to you? Your kids? All the men in the country’s largest cities who are eating food and drinking water contaminated with high levels of female hormones from excreted birth control pills? Birth control pills are the leading form of contraception used by women aged 15-29 in this country; the CDC says 17.1% of women aged 15-44 are taking them. That’s millions of women taking millions of pills every day and excreting those hormones into the water supply to be taken up in the food and plants we eat and the water we drink.

If it’s in the food and the water and given at continual doses when we eat or drink anything all day long every day, there has to be an accumulative effect there. And why even bother getting started on the fact that everyone is eating and drinking multiple antidepressants with every meal…