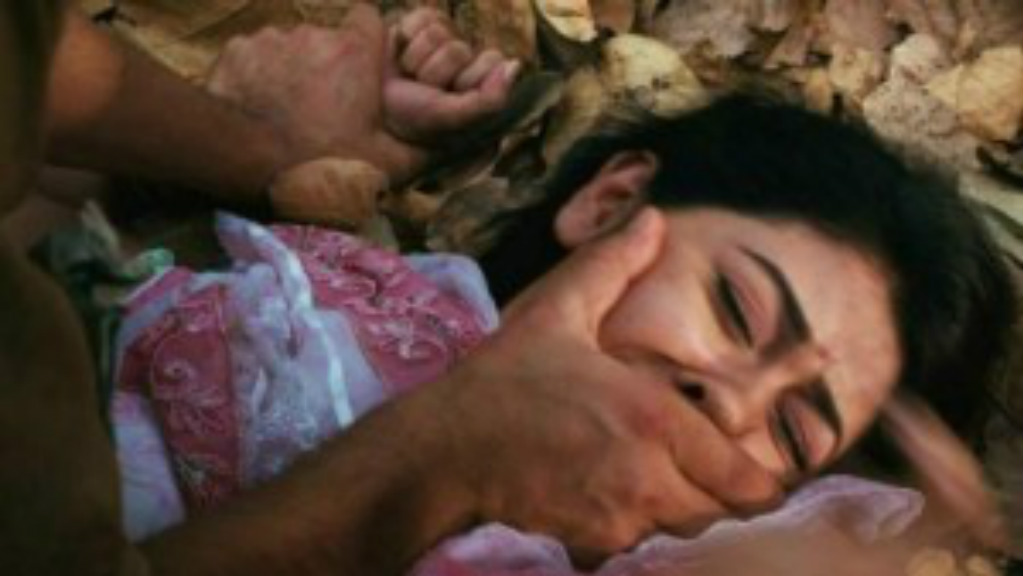 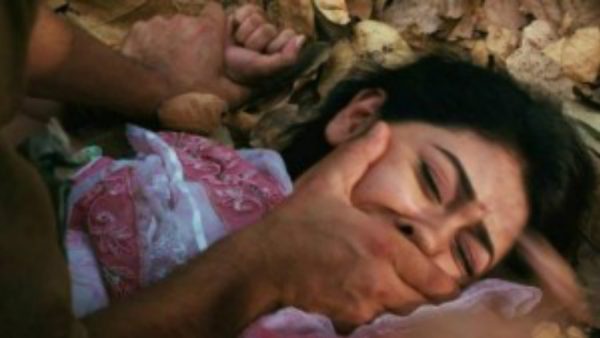 More and more Americans are learning the harsh, terrifying and disgusting truths about Islam. On a whole host of issues, Islam is simply not compatible with Western values, whether it be slavery, rape, social/sexual equality, violence, murder or pedophilia – in all these things Islam lines up against justice and morality.

What makes all of this worse and is the reason that Islam cannot coexist with the Western World is that the religion teaches that anything Muhammad did was right, just and moral. So murdering infidels will always be okay, slavery will always be just, rape (in certain cases) legal, and pedophilia strenuously protected. Why? Because Muhammad took part in all of these things. If they are wrong – then he was wrong…. and that just cannot be.

Are you starting to understand why such backwards practices continue in seemingly “civilized” nations like Saudi Arabia, Kuwait, United Arab Emirates, etc.? If any of these immoral behaviors are wrong, then it throws the entire Islamic religion into chaos, and so a large portion of Islam will ALWAYS defend these heinous and disgusting practices.

For example, a religious leader in Bangladesh argued that child marriages should not be banned because that would make Muhammad

In April 2011, the Bangladesh Mufti Fazlul Haque Amini declared that those trying to pass a law banning child marriage in that country were putting Muhammad in a bad light: “Banning child marriage will cause challenging the marriage of the holy prophet of Islam, [putting] the moral character of the prophet into controversy and challenge.” He added a threat: “Islam permits child marriage and it will not be tolerated if any ruler will ever try to touch this issue in the name of giving more rights to women.” The Mufti said that 200,000 jihadists were ready to sacrifice their lives for any law restricting child marriage.

The influential Muslim website Islamonline.com argued that not only was Muhammad okay with child marriages, but the Qur’an explicitly supported the practice as well

In Iran the government says that girls can be engaged at any age and married off at nine!

“Marriage before puberty (nine full lunar years for girls) is prohibited. Marriage contracted before reaching puberty with the permission of the guardian is valid provided that the interests of the ward are duly observed.” In fact, the most famous, popular and beloved leader of Iran, the Ayatollah Khomeini himself married a ten-year old girl when he was 28. Khomeini called marriage to a prepubescent girl “a divine blessing,” and advised the faithful to give their own daughters away accordingly: “Do your best to ensure that your daughters do not see their first blood in your house.” When he took power in Iran, he lowered the legal marriageable age of girls to nine, in accord with Muhammad’s example.

This past week, an influential professor and the Director of the Muslim Rights Concern, Ishaq Akintola, once again voiced support for the disgusting practices of forced child marriage, or better understood – pedophilia.

Akinotla, speaking to the online magazine PUNCH, said that age was not a barrier for marriage in Islam. He also argued that “forced marriage” is a misnomer, even if it accurately reflects what is happening when a child as young as 9 is forced to marry a much older man. PUNCH used the story of 14-year old Ese Oruru as the foundation for their discussion. (You can read more about that story here.)

Here’s some of what Akintola told PUNCH:

Q. Is child marriage permitted in Islam, looking beyond the case of Ese Oruru?

Islam is a complete way of life. As a religion, non-Muslims will have to take Muslims as they are, not as they want them to be. Neither Muslims nor their religion should be judged according to other standards. There will never be any inter-religious understanding so long as non-Muslims continue to measure Muslims and their way of life by Christian, Buddhist or Confucianist yardsticks. The simple truth is: Islam has no age barrier in marriage and Muslims have no apology for those who refuse to accept this, particularly since 99.99 per cent of such marriages are conducted among Muslims themselves. If the man is a Muslim and the girl is also a Muslim and the girl’s parents give their approval, what is the business of any non-Muslim in that? It is sheer interference in the affair of Muslims and an attempt to exert undue influence on them. More often than not, those who interfere in this manner have ulterior motives. It is either for the purpose of smearing the image of Islam or to gain a comparative advantage and score a religious point (for their own faith of course).

We are not unaware of all these antics, yet we patiently endure them. Non-Muslims should therefore keep off Muslims’ affairs. Who are non-Muslims to be the judge of Muslims when every religious group has its own failings? This interference often causes unnecessary strain on Christian-Muslim relationship. Despite the fact that our Christian neighbours sing the hymn ‘I want to be like Jesus…’ repeatedly, they are not behaving like Jesus (peace be upon him). Neither are they following his teachings. There will be peace if they do. But they don’t. Jesus taught Christians to mind their own business and to resist the temptation to judge others. He said, ‘Judge not, that you be not judged. For with the judgment you pronounce you will be judged, and the measure that you give will be the measure you get.’

I am a Muslim and I support all truly Muslim practices. Our organisation, MURIC, is an Islamic human rights outfit. So naturally we should support all principles of Islam. It promotes Allah-given fundamental human rights as well as Allah-given fundamental rights of all creatures, animals – mammals, invertebrates, birds in the sky, the environment and all natural entities. Everything created by Allah has a right. We promote their rights. MURIC believes in all Shariah-compliant marriages, regardless of the age of the girl. The sensationalisation of intra-Muslim marriages to the so-called minors is uncalled for and, more often than not, done with hidden malice. For your information, we don’t have what you call ‘child marriage’. We have nikah (Islamic marriage). I affirm clearly, emphatically and unequivocally, that what happens among Muslims is strictly a Muslim affair and should remain so as long as it is Shariah-compliant. Non-Muslims have no right to poke their noses into any religious action taken by Muslims for Muslims. Nikah is a marriage of the Muslims conducted by the Muslims for the Muslims. How the Muslims do it is nobody’s business. Do we come into the church to criticise the way marriages are conducted? Have Muslims said anything about gay marriages inside churches? That is the Christian way of life and they should stop attempts to impose their lifestyle on Muslims. We will never allow that. It is an attempt to subject Muslims to public ridicule.

You cannot hold us in contempt and talk about love. It is sheer deceit. It is hypocrisy. Even Jesus (peace be upon him) called those who ignore their own faults to interfere in other people’s matters, hypocrites. He said, “Why do you see the speck that is in your brother’s eye, but do not notice the log that is in your own eye? Or how can you say to your brother, ‘Let me take the speck out of your eye’ when there is a log in your own eye? You hypocrite, first take the log out of your own eye, and then you will see clearly to take the speck out of your brother’s eye.” So, instead of paying attention to marriages conducted among Muslims, Christians should do something about gay marriages inside churches.

When PUNCH turned the conversation to the increasing acts of violence from Muslim terrorists like Boko Haram, Akintola cried foul and argued that the publication was “making a mountain out of a molehill.”

Q. What is the Muslim community going to do about these alleged abductions (like the one in Sokoto)?

There you go again! Baseless, clueless, unfounded and untenable allegations; rumours, rumours and rumours! Where you have cases, bring them forward. You cannot turn us into suspects overnight. You know where abduction is rampant. I won’t mention states. Why is the Nigerian press so keen on causing distractions? A whole region has turned abduction into family and tribal business. The Nigerian press looks the other way and starts prying into issues that have nothing to do with abduction.

Q. Abductions of female children for sex slavery and forced marriage have become a trend in the country. What’s the way out?

That’s not true. You are making a mountain out of a molehill and I am not under any obligation to answer that kind of question. It is prejudicial. I respect the press and I will continue to cooperate with them but I will not be an accomplice to untruth. Better still, if you must have an answer, the security agencies are the ones who would provide an answer to your question.

These responses are interesting, considering the fact that Boko Haram and other Muslim terrorist organizations have kidnapped and sold thousands of people into slavery in recent years. Several hundred of these kidnappings have been widely reported in the international newspapers, and the handful of young girls who have been recovered all attest to the fact that these occurrences are widespread and growing ever more common.

The fact of the matter is that Islam is simply not compatible with the modern world. And no condescending liberal platitude will change that fact.