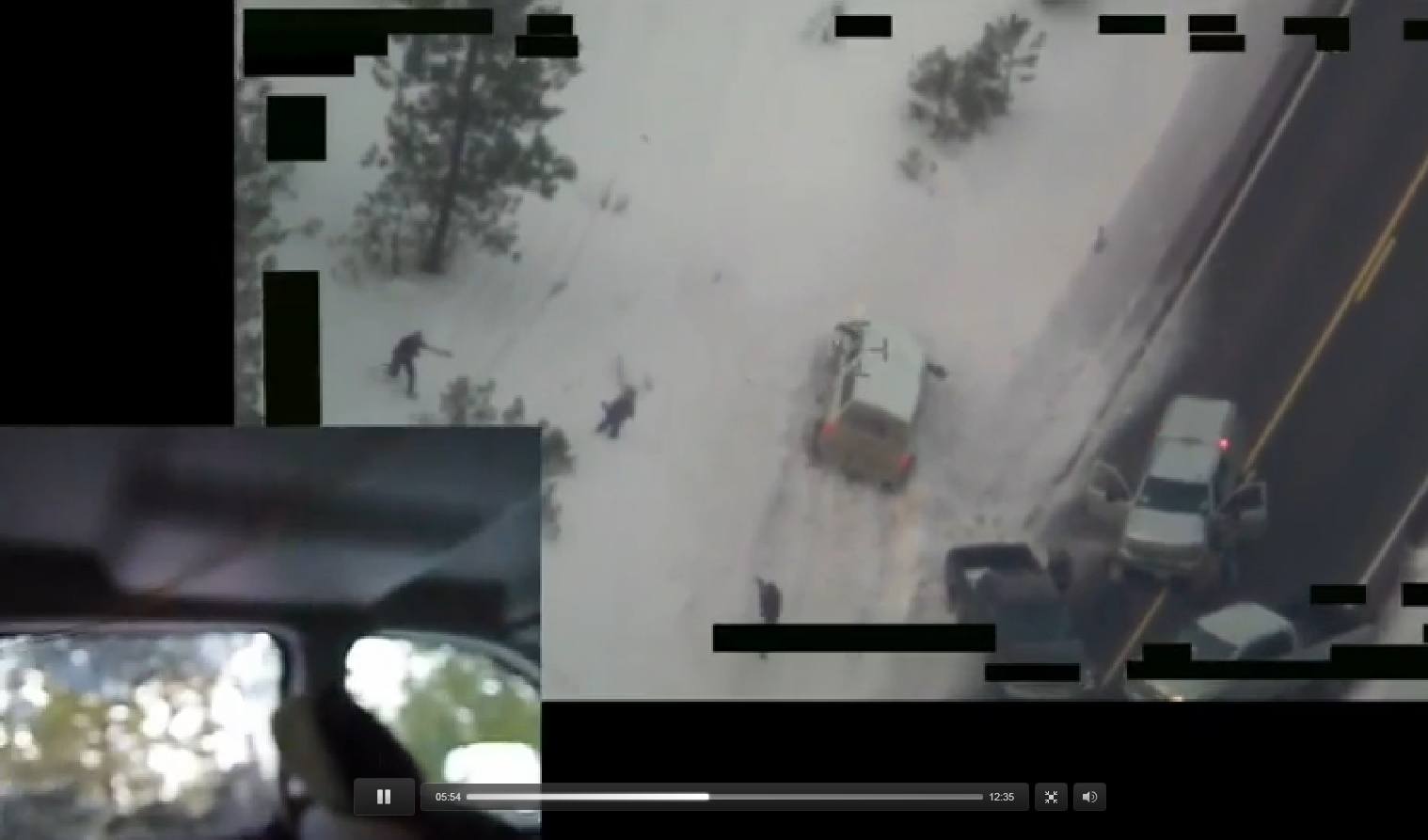 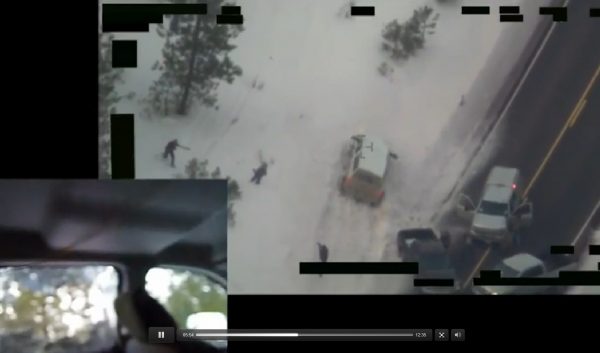 Shauna Cox and Victoria Sharp were both eyewitnesses who were riding in the truck that LaVoy Finicum was driving when he was shot and killed. I reported the Cox said that the FBI had her video recording of what took place and now that recording has been synced with the aerial footage that was released by the DOJ. There is audio and the video is quite disturbing. It has come out as one FBI agent is being investigated for not reporting two shots taken at Finicum as he exited the vehicle and four other agents are under investigation pertaining to that shooting.

WARNING: The video and audio are even more disturbing than what was released previously by the DOJ.

Officers can be heard telling Finicum to get on the ground and he continually yells, “You’re gonna have to shoot me.” The video also clearly shows that his hands were up when the first shots were fired as he exited the vehicle and when the fatal shots were taken. Additionally, you can hear several shots hit the truck following the shooting of Finicum.

From all that can be seen and heard, it does not appear to me that any officer’s life was in danger at any time. While Finicum does seem ornery, it does not appear that he made any threats and not getting on the ground is not a reason to kill a man in cold blood who is not brandishing a weapon. There just is no justification for that, and if someone wants to do that, then they would need to do it for every citizen who carries concealed who shot someone without a weapon.

Additionally, Oregon Live is reporting that FBI agents are under investigation for possible misconduct in the shooting of Finicum.

An FBI agent is suspected of lying about firing twice at Robert “LaVoy” Finicum and may have gotten help from four other FBI agents in covering up afterward, authorities revealed Tuesday.

The bullets didn’t hit Finicum and didn’t contribute to his death, but now all five unnamed agents, part of an elite national unit, are under criminal investigation by the U.S. Justice Department. Inspector General Michael Horowitz is leading the independent inquiry.

The remarkable disclosure came as a team of local investigators released findings that two state troopers shot Finicum three times in the back during the chaotic scene at a police roadblock Jan. 26. One bullet pierced his heart, an autopsy showed.

The FBI agent didn’t report those two shots he fired and the FBI didn’t indicate why four other agents were under investigation. Greg Bretzing, special agent in charge of the FBI in Portland said, “The question of who fired these shots has not been resolved.”

How has it not be resolved? It’s been over a month! All you have to do is account for whose weapon is short on ammunition. This is pretty simple math. Yet, we are to believe Mr. Bretzing is telling us the truth? I’m not buying it!

Additionally, note that Finicum was shot three times in the back! Friends, that is murder. There was no physical threat to any of the officers and that seems blatantly obvious on the video feed.

Yet, according to the Oregon Live, a prosecutor has ruled the shooting was legally justified and claims that state law allows the use of deadly force when officers believe a person is about to seriously injure or kill someone. However, the video shows no evidence of that. The claim now is that the officer in front of Finicum, who had a taser, was thought to be in danger and that’s why officers behind him shot him.

That simply does not fly in the face of the fact that Finicum had his hands up.

I’m not so sure that we will get an honest report from the FBI or that any agents will be disciplined or brought to justice for what took place. After all, when you are investigating yourself, it does seem that there is a conflict of interest, doesn’t it?