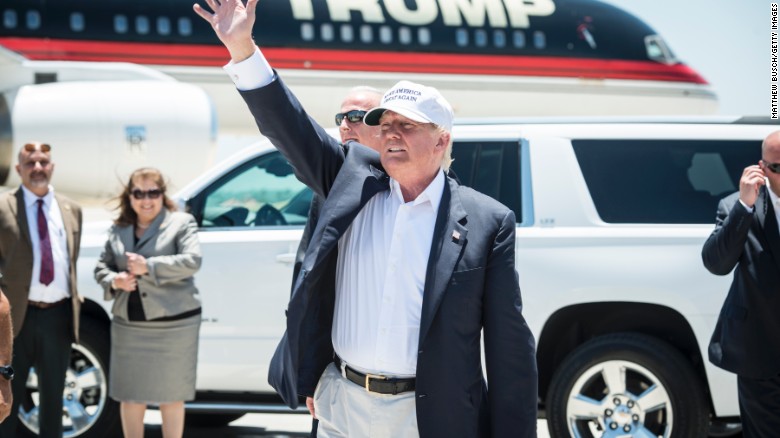 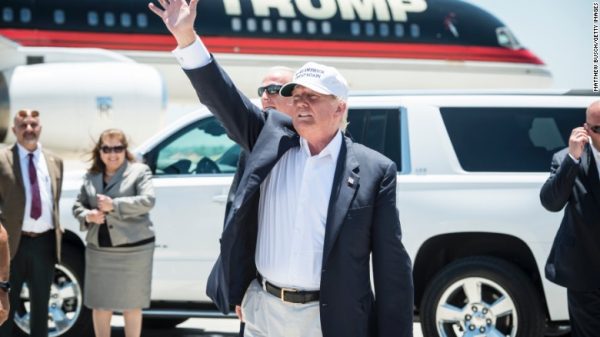 In a not so surprising statement, Huffington Post reporter Ryan Grim reported that “something like 54 private jets” arrived at a private resort off the coast of Georgia with a specific focus of stopping Donald Trump from obtaining the Republican nomination for president.

Billionaires, tech CEOs and top members of the Republican establishment flew to a private island resort off the coast of Georgia this weekend for the American Enterprise Institute’s annual World Forum, according to sources familiar with the secretive gathering.

The main topic at the closed-to-the-press confab? How to stop Republican front-runner Donald Trump.

Of course, the meeting was for that annual World Forum, which is a conference that has been hosted somewhat secretively since 1982 by the American Enterprise Institute.

To make sure that Grim was not assuming too much, neo-conservative Bill Kristal of The Weekly Standard reportedly wrote in an emailed report from the conference, “A specter was haunting the World Forum–the specter of Donald Trump. There was much unhappiness about his emergence, a good deal of talk, some of it insightful and thoughtful, about why he’s done so well, and many expressions of hope that he would be defeated.”

Then Kristol added these words, “The key task now, to once again paraphrase Karl Marx, is less to understand Trump than to stop him. In general, there’s a little too much hand-wringing, brow-furrowing, and fatalism out there and not quite enough resolving to save the party from nominating or the country electing someone who simply shouldn’t be president.”

Grim went on to report, “Federal Aviation Administration records available onFlightAware.com show that a fleet of private jets flew into and out of two small airports near Sea Island this weekend. Fifty-four planes flew out of the airport on St. Simons Island, Georgia, on Sunday — nearly four times as many as departed from the airport the previous Sunday. ”

He conveyed this to CNN on Tuesday, as well.

Should this surprise anyone? The GOP is petrified of losing their power to Donald Trump. This is why they sent out waterboy liberal Mitt Romney, a two time loser, to attack Trump. David Hodges believes that Romney’s pitiful and hypocritical remarks were a veiled assassination threat against Trump.

However, I just want to remind all of you who think the GOP is the political messiah party that these people have engaged in this kind of practice for a long time. Most recently, they acted in a similar manner against 2012 presidential candidate Ron Paul. Remember how the party opened in prayer to Jesus Christ and then nominated a polytheist who does not believe the Jesus Christ is God, but rather the spirit brother of Lucifer? Remember how the party then acted in a similar manner to the DNC as they scripted the vote to change the rules to shut out the people’s voice? Remember how they stole delegates from Ron Paul? You don’t? Go back and read Cynthia Kennedy’s pieces to remind yourself of the shenanigans that took place during the coronation of Mitt Romney.

While I cannot in good conscience support any of the GOP candidates (two are constitutionally ineligible and one has questionable character and track record) nor either of the Democrat candidates, the GOP is getting exactly what it deserves. They have been promoting progressives, socialists and communists for decades now. In fact, following Trump’s wins on Tuesday in Mississippi and Michigan, Doug Wead laid out the following ways the GOP establishment will now attempt top stop him:

Don’t think these things can happen, read Doug’s article for all the sources where many of these things and more occurred to the Ron Paul campaign in 2012.