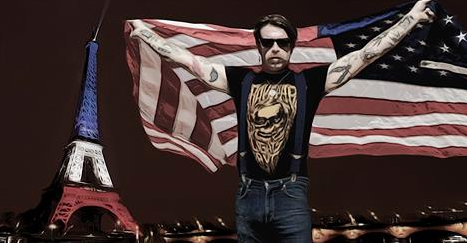 Eagles of Death Metal lead singer, Jessie Hughes, made a stunning statement in an interview with Fox Business Network: He believes it’s possible security guards at the Bataclan Theater knew about the Paris terror attacks in advance.

As a veteran performer, Hughes realized something was odd the night leading up to the attack, when the security guard for the backstage area didn’t make eye contact with him.

“When I first got to the venue and walked in, I walked past the dude who was supposed to be the security guard for the backstage,” Hughes recalled, noting the guard’s odd demeanor.

“I immediately went to the promoter and said, ‘Who’s that guy? I want to put another dude on,’ and he goes, ‘Well, some of the other guards aren’t here yet,’ and eventually I found out that six or so wouldn’t show up at all.”

Though Hughes refused to speculate at length “out of respect for the police investigating,” he added, “It seems rather obvious that they had a reason not to show up.”

On November 13, 2015, 89 people were killed — including the band’s merchandise manager, Nick Alexander — and 200 were injured, when attackers stormed the Bataclan during the Eagles of Death Metal show.

After the attack and a brief break, the American band returned to complete their European tour last month, though they recently canceled due to an injury.

Fox Business Network aired the first portion of Kennedy’s interview with Hughes on Wednesday, and the second part was scheduled for Thursday Night at 8 pm, EST.