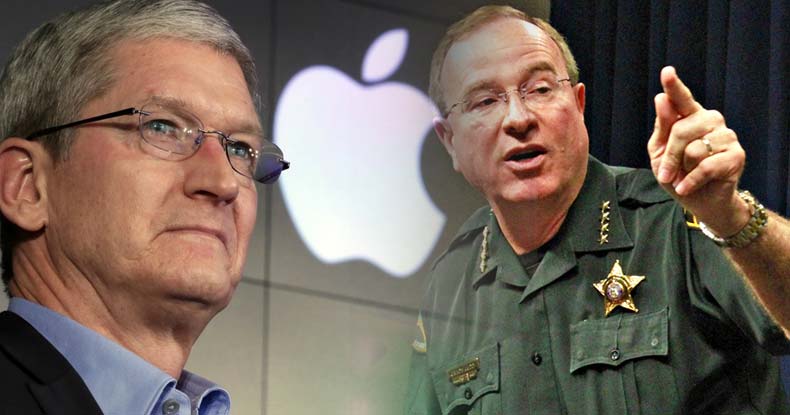 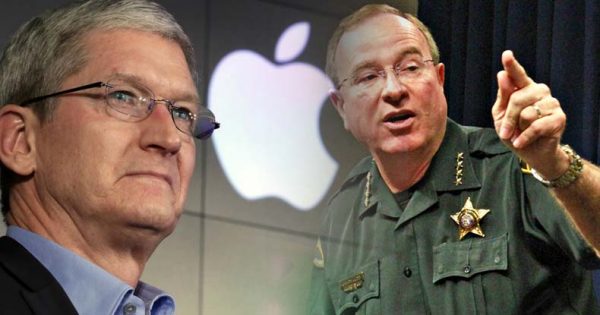 Polk County, FL — As the Free Thought Project reported last month, there is a queue of police departments around the country who are pining away in hopes that the FBI will soon bully Apple into ruining privacy as we know it. However, one rogue sheriff in Florida said he’s not going to wait for the FBI.

Polk County Sheriff Grady Judd has made it clear that he is ready to go to war with Apple citing the murder investigation of 31-year-old Robert Banks. Banks was allegedly beaten to death and photos snapped of his dead body by four suspects who are currently in the Polk County Jail.

According to the Orlando Sentinal, three brothers — Brian Johnson, Jr., 25, Anthony Johnson, 19, and Nathan Johnson, 17, — and their friend, Michael Gunn, 25, are now facing first-degree murder charges in the Polk County Jail. The men allegedly took pictures of Banks’ lifeless body, but those photos are believed to be stored away and locked on one of the suspect’s phones.

“Let me tell you, the first time we do have trouble getting into a cell phone, we’re going to seek a court order from Apple and when they deny us I’m going to go lock the CEO of Apple up,” Judd said in a press conference Wednesday.

Sheriff Judd is unashamed of making public threats against an innocent man for merely preserving the privacy of Americans.

As cyber security expert and Libertarian presidential candidate, John McAfee said last month, “No matter how you slice this pie, if the government succeeds in getting this back door, it will eventually get a back door into all encryption, and our world, as we know it, is over.”

Encryption is the only barrier between criminal elements, both private and public, and the security of our personal information. By appealing to emotion using high-profile cases as strawmen, the government does not negate that fact — they only expose their ulterior motive — complete information awareness.

As the Free Thought Project reported, many security experts believe that the FBI and NSA can already hack into an iPhone without Apple’s help, using a number of techniques such as “infrared laser glitching” or “de-capping.” Edward Snowden backed this up last month in a virtual interview with Johns Hopkins University and this month, he referred to the charade as “bulls**t.” These techniques, although risky to the chip, are already in use by the most advanced hackers and, very likely, the NSA.

Even John McAfee has spoken publicly and explained how unlocking the iPhone is ‘trivial.’ In an interview with Russia Today, McAfee detailed the brief process.

I am going to tell the world exactly how we do this. Now I’ll probably lose my admission to the world hackers’ community, however I want to tell you. You need a hardware engineer and a softer engineer. The hardware engineer takes the phone apart, and copies the instruction set, which are the iOS and applications and your memory. And then you run a program called a disassembler, which takes all the ones and zeros and gives you readable instructions. Then the coder sits down and he reads through. What he is looking for is the first access to the keypad, because that is the first thing you do, when you input your pad. It’ll take half an hour. When you see that then he reads the instructions for where in memory this secret code is stored – it is that trivial – a half an hour.

If the government already has its own access to the iPhone, then the FBI’s chosen “debate” with Apple is an exercise in wearing down public resistance to the surveillance state.

This particular Florida sheriff is likely unaware of the notion that the iPhone is already hackable which means he’s merely playing right into the FBI’s propaganda campaign. Sadly, his ignorance and totalitarian attitude is coupled with the authority to act on those traits.

If Sheriff’s Judd’s past is any indicator of whether or not he’ll follow through with his threats, Tim Cook should be worried.