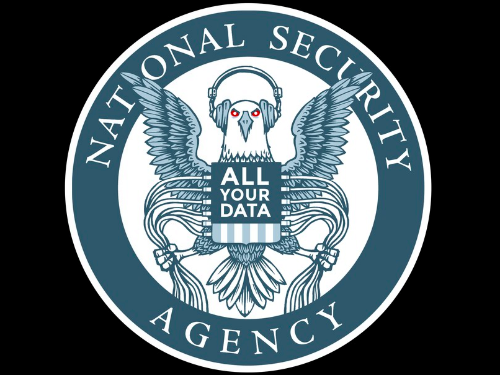 If you’re reading this, then I’m willing to bet that you’ve been called many different names throughout your life. If I were to hazard a guess, I would say they were names like kook, paranoid, conspiracy theorist, alarmist, insane, or gullible. And after this week, you can go by a new name: Vindicated.

I’m of course talking about recent revelations from the NSA. Long before Edward Snowden came along, it was no secret that the NSA was spying on everyone without good cause. Anyone who believed that fact was called a conspiracy theorist, but their fears were eventually validated.

These same people also understood that the NSA’s surveillance powers would never be used exclusively against terrorists and hostile governments. The power they have is just too tempting for any government. If various government agencies weren’t using the NSA’s surveillance apparatus to solve domestic crimes, it was only a matter of time before it was used for just that.

And again, they called us conspiracy theorists for believing that. And again, we were right all long.

A while back, we noted a report showing that the “sneak-and-peek” provision of the Patriot Act that was alleged to be used only in national security and terrorism investigations has overwhelmingly been used in narcotics cases. Now the New York Times reports that National Security Agency data will be shared with other intelligence agencies like the FBI without first applying any screens for privacy. The ACLU of Massachusetts blog Privacy SOS explains why this is important:

What does this rule change mean for you? In short, domestic law enforcement officials now have access to huge troves of American communications, obtained without warrants, that they can use to put people in cages. FBI agents don’t need to have any “national security” related reason to plug your name, email address, phone number, or other “selector” into the NSA’s gargantuan data trove. They can simply poke around in your private information in the course of totally routine investigations. And if they find something that suggests, say, involvement in illegal drug activity, they can send that information to local or state police. That means information the NSA collects for purposes of so-called “national security” will be used by police to lock up ordinary Americans for routine crimes.

In other news, the Pentagon admitted this week that they’ve been deploying military drones over the United States for domestic surveillance purposes. Much like the NSA’s surveillance apparatus, we were assured that drones were for terrorists in faraway lands. Nothing so Orwellian would ever be used against ordinary American citizens at home. Yet here we are, with more to come.

Perhaps you’re beginning to see a pattern. Everything our government uses against foreign enemies, eventually makes its way back home. Every war is an opportunity to try out new technologies, before turning around and using them against American citizens. It just goes to show, that war really is the health of the state.