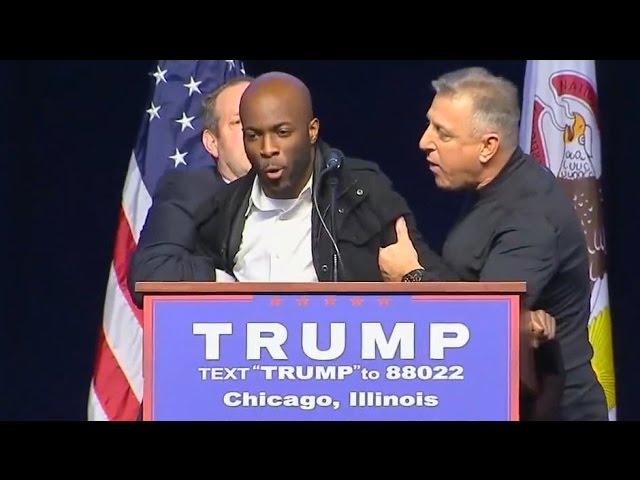 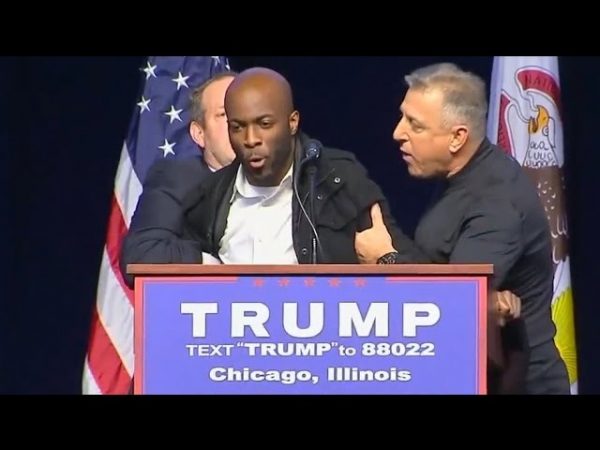 I’ve always enjoyed reporter Paul Joseph Watson’s comments and for the most part found that he breaks a lot of stories, plus I like his British accent. He posted a video following the Chicago rioting at the Donald Trump rally that is excellent and everyone should take notice.

I just have one question before I point out in the article some of the things that Watson says in his video and the question I want you to consider is this: Does anyone else find it coincidental that after so many political elite and donors met with the apparent purpose of dealing with Donald Trump, according to Bill Kristol, just last weekend, that this would flow in its wake? Pardon me while I put 2 and 2 together.

Now, notice that the attacks did not come from those supporting Trump nor Donald Trump. They came from agent provocateurs and other leftists. They attacked police, people gathered for the Trump rally, tore up signs fired guns in the air, threatened to rape women and basically acted in a manner that takes on the character of an insurrection that should constitutionally be put down by the citizen militia.

Of course, the media and Bernie Sanders supporters said this was all an act of free speech. I don’t know where these people were when peaceful protestors stood against hundreds of armed federal agents at the Bundy Ranch in 2014, or where they were when some of those same peaceful protestors stood in Oregon against a DC criminal government that usurps its constitutional authority and grabs up land and minerals from the people. Mind you, no threats of violence took place. There were no guns fired (except by federal agents and state police, resulting in the murder of one of those peaceful protestors). No rapes occurred. Are you starting to get the picture, America? Evil has been labeled good and good labeled as evil.

Of course, Watson points this out in the video that if the shoe was on the other foot and Trump supporters had done what these devils did, then they would be having a coronary right now and calling it criminal, not free speech.

Fortunately, Watson helps us understand exactly who is involved in this whole thing and it isn’t just Bernie Sanders and the Black Lives Matter gang.

Watson identified 28-year-old Jedidiah Brown, who claims to be an ordained pastor (rolls my eyes) and an anti-violence activist. However, video shows him slugging it out, along with several others against a man at the Trump rally. Did Mr. Brown not read that elders are to be “…temperate, self-controlled, respectable, hospitable,… not violent but gentle, not quarrelsome…”? (1 Tim. 3:2) I’m guessing he didn’t, and should be removed from any place of authority in the church as he just demonstrated he is unqualified on many levels.

Of course, many Sanders supporters threatened violence for Trump supporters and even waved the Communist flag about, which is an ideology that was responsible for the deaths of literally hundreds of millions of people during the 20th century! My goodness, we’ve even seen these people come out and call for the assassination of Donald Trump! Yet, I don’t see them being arrested… hint, hint at the FBI who worked to arrest peaceful protestors and fire on innocent people, along with the Oregon State Police. Where are you guys at in all of this? (Crickets)

In fact, I don’t see the FBI dealing with known domestic terrorist and close friend of Barack Hussein Obama Soetoro Sobarkah, Bill Ayers, who showed up to throw fuel on the fire of the Chicago insurrection.

However, consider who “conservatives,” “conservative talking heads,” and liberals blamed for it all. Did they really lay the blame where it belongs, on the heads of those who committed criminal acts? Or did they lay it at the feet of a man, who is simply running for president? These people laid it at the feet of Donald Trump:

So, let me ask, what did Donald Trump say that made people to do what they did? I use the word “made” because that seems to be what is implied in this rather than pointing out that these people who rioted showed not one ounce of self-control.

As Paul Joseph Watson rightly calls these little, effeminate pansies who get so offended over statements by a presidential candidate that they disagree with, “Poor babies.”

However, the question needs to be asked, if Trump supporters behaved in a manner similar to these Chicago devils, do you think anyone in the media or any of these two ineligible GOP candidates would side with them? I’m guessing not.

The people in the Black Lives Matter movement, for the most part, have taken their marching orders from a domestic terrorist and have sought to silence free speech through intimidation, physical assaults, the destruction of property and violence against their fellow man.

I’ve told people that I have issues with Trump, but the more I see these attacks on him, the more I honestly relish the thought of him fully exposing every GOP establishment elitest in the bunch, along with the liberal media, for who they really are. Sadly, too many “conservatives” are still backing establishment Republicans and believing they are actually anti-establishment. Hopefully, this will at least give them pause to consider what they are doing.