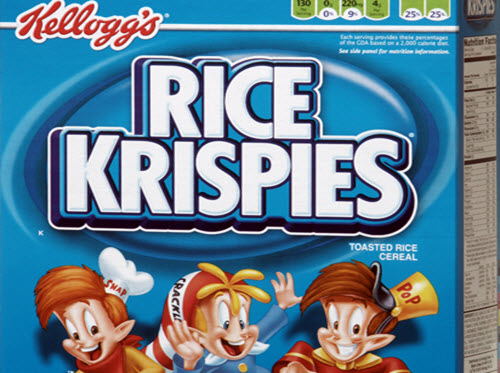 Contrary to popular thought, maybe it’s a good thing that robots are about to replace some of the factory jobs in this country. Some of the people who work in them are apparently so pissed off about their employment, they’re pissing on your products.

In this case, worse… pissing on your food.

A video has emerged of a man peeing on the conveyor belt for the food coming out of a Kellogg’s plant.

Because he could, apparently.

Via WMC Action News 5, who warns this may be disturbing to some viewers:

Potentially “effected” (aka peed on) products include Rice Krispies Treats, Rice Krispies Treats cereal, and other puffed rice products. The company believes the video was recorded at Kellogg’s Memphis factory back in 2014, which means that all of the urination-tainted food has likely already been eaten.

A Kellogg’s spokesman released this statement… which won’t make you feel any better about it:

“Kellogg takes this situation very seriously and we were shocked and deeply disappointed by this video that we just learned of today. We immediately alerted law enforcement authorities and regulators. A criminal investigation is underway as well as a thorough internal investigation…

Food quality is of the utmost importance to Kellogg Company. We are outraged by this completely unacceptable situation, and we will work closely with authorities to prosecute to the full extent of the law.”

Yeah. Great. That really means a lot to all the people, mostly children, who paid your company to eat food covered in your employee’s urine.

“For a person to do something like that, he is nasty, low down, dirty,” Felicia Hayslett told Action News 5. “He should go to jail. Go straight to jail.”

Makes you wonder how much of this goes on that isn’t captured on a cell phone camera.