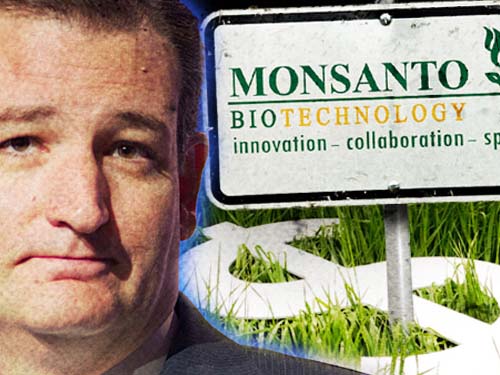 At a conference in Iowa last year, Ted Cruz emphasized his support for Big Agra, GMOs and, as a result, the likes of Monsanto.

Sen. Ted Cruz said Saturday that the nation should push back against the “hysteria” over food made with genetically modified organisms, saying these innovations in science should be celebrated for the positive impact they’ve had both at home and abroad.

Speaking the Iowa Agricultural Summit, Mr. Cruz said he is sick of politicians “blowing smoke” in Washington and vowed that Iowans have no bigger ally then him when it comes to pushing back against the federal government.

Mr. Cruz said GMOs helped to provide food for people across the globe and strengthen farms across the nation. He said that people who oppose GMOs and want to buy organic food can do that.

“People who decide that is what they want, they can pay for it already, but we shouldn’t let anti-science zealotry shutdown the ability to produce low-cost quality food for billions across the globe,” Mr. Cruz said.

Anti-science zealotry? These lab rats might have a different opinion Senator Cruz. 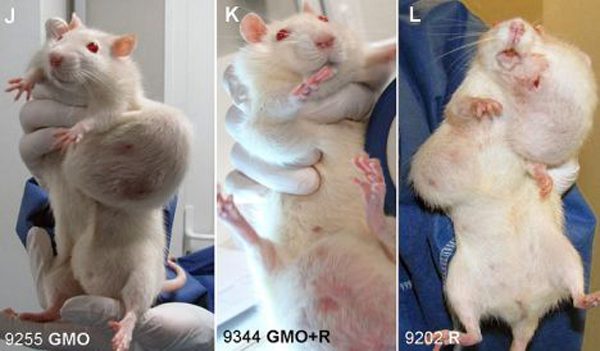 Of course, Monsanto found a backdoor way to offer its own retraction of the famous GMO lab rat study. Funny how that works.

The massive list of politicians in bed with Monsanto and GMOs are a major reason I no longer consider myself “Republican.” I now simply call myself a conservative-independent.

Pray tell Senator Cruz… What is so wrong with labeling products that contain GMOs and giving people a choice? Would that upset the establishment apple cart?

Anti-science zealotry? You have insulted tens of millions of discerning Americans Senator Cruz.

Natural News’ Mike Adams sums it up better than I can:

No doubt the agricultural giants are now supporting Ted Cruz in precisely the same way the criminal central banksters do, too. Via his wife, Ted Cruz also has ties to Goldman Sachs, an entity that carries out global economic arson and unbridled destruction that rivals the agricultural and chemical destruction of Monsanto and the biotech industry.

With these allies in his corner, Ted Cruz has become the establishment he once claimed he would dismantle.

Adams also points out Hillary Clinton‘s ties to Monsanto and suggests that Americans cast their primary votes for either Donald Trump or Bernie Sanders based on the GMO issue.