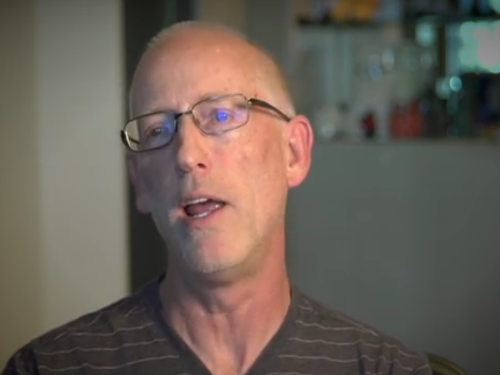 The media has just been called out for inciting violence against Donald Trump by an unlikely source. Or at least, it would seem unlikely for people who only know Scott Adams as the creator of the Dilbert comic strip. He’s also a competent political commentator who has been following Trump’s presidential bid. Though he is no fan of any of Trump’s policies, in a recent blog post he explained how the media’s portrayal of the presidential candidate, may lead to his assassination.

After making a comparison to how the media inadvertently killed Princess Diana, though profited from her death nonetheless, he says “At least half of the media believes Trump is the next Hitler, and a Hitler assassination would be morally justified. Also great for ratings.” He doesn’t think the media is conscious of what it’s doing, but they’ll get away with it. “There would be no smoking gun. No guilt. No repercussions. Just better ratings and bonuses all around.”

Adams notes that even though there are comparisons to be made with Hitler, there are just as many reasons why Trump is not like Hitler at all. However, the media has chosen this American Hitler narrative, and it’s inciting violent intentions against Trump. “The media, the public, and the other candidates – are creating a situation that is deeply dangerous for Trump… I put the odds of an attempted assassination at about 25% before November. “