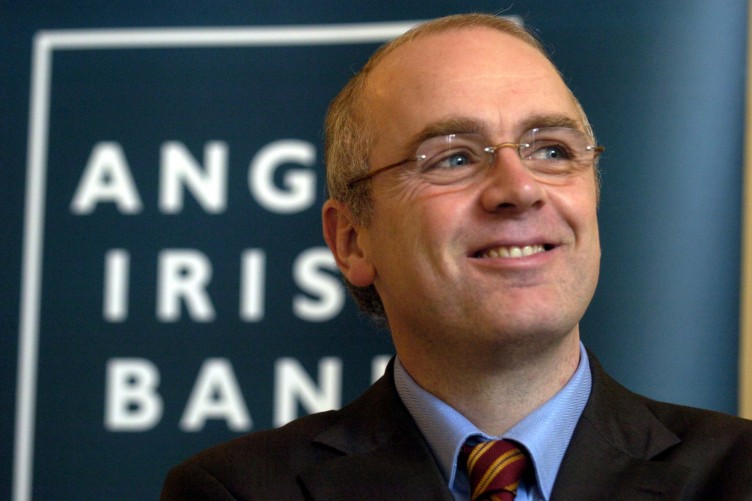 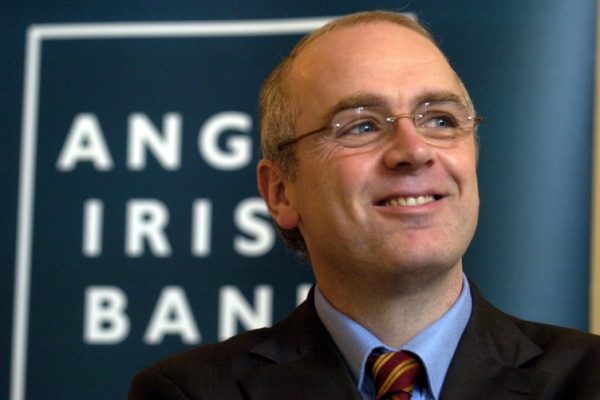 Boston, MA — A former head of a major Irish bank has been extradited from the U.S. and brought before Dublin District Court to face several charges stemming from the bank’s role in the 2008 financial crisis.

David Drumm, former chief executive of Irish Anglo Bank from 2005 until 2008, had been arrested in Boston in October 2015, and originally attempted to fight extradition — but he recently withdrew the objection and was returned to Ireland early on Monday.

Drumm faces 33 charges in Ireland, which echoes Iceland’s unprecedented move to hold its bankers criminally accountable for their role in that country’s economic meltdown. Though Drumm predictably denied wrongdoing, his charges include “fraud, forgery, misleading management reporting, unlawful lending, falsifying documents, and false accounting, linked to financial transactions prior to the collapse of Anglo,” according to the Irish Times.

Former CEO of Anglo Irish Bank David Drumm arrives at the Criminal Courts of Justice in Dublin this morning.https://t.co/HE7ojAelSK

Though prosecutors consider Drumm a flight risk — after all, he seemed to be seeking safe haven inside the United States — the court allowed the ex-banker to post bail under several conditions. Drumm’s passport is currently being held by the Gardaí (Garda Síochána, or Irish Police), and under the bail arrangement, he assured the court he would not apply for another and does not possess a U.S. passport.

Seven of Drumm’s relatives offered to put their houses on the line as ‘security’ for his bail, though the judge only required four names.

As RT reported, Drumm is alleged to have participated in transactions totaling around €7 billion between Anglo and a second lending institution, Irish Life and Permanent. Anglo “posted the worst corporate results in Irish history with losses of €17.5 billion for 2010.”

Drumm came to the United States in 2009, and reportedly refused to cooperate with an investigation. Prosecutors fear his “capacity to marshal significant sums” of money adds to the possibility Drumm could easily disappear.

However, his solicitor argued that in order to better prepare his defense — including sorting through the “millions of documents” and nearly 400 hours of phone conversations — Drumm needed to remain out of prison. As the Times noted, two “books” of evidence will need to be heard by the court — one of which entails bringing 120 witnesses to testify.

The former banking executive has not yet entered a formal plea. He faces a maximum penalty of 10 years in prison if found guilty.

Iceland, and now Ireland, have taken action to hold criminal bankers accountable for their direct role in the economic devastation which enveloped most of the world beginning in 2008 — the exact opposite of what the US does.

As of October, Iceland’s criminal bankers had been sentenced to a combined 74 years in prison — with others awaiting trial. Then, the sale of one of its national banks meant a payout, albeit small, for every Icelandic citizen.

The U.S. notoriously and controversially bailed out its banks — essentially rewarding them, or at least, excusing them for the crisis they created.

Drumm was ordered by the judge to remain in Ireland.

Notably, according to RT, the Irish ex-banker has appealed a U.S. court’s refusal to grant him bankruptcy on over €10 million of debt.