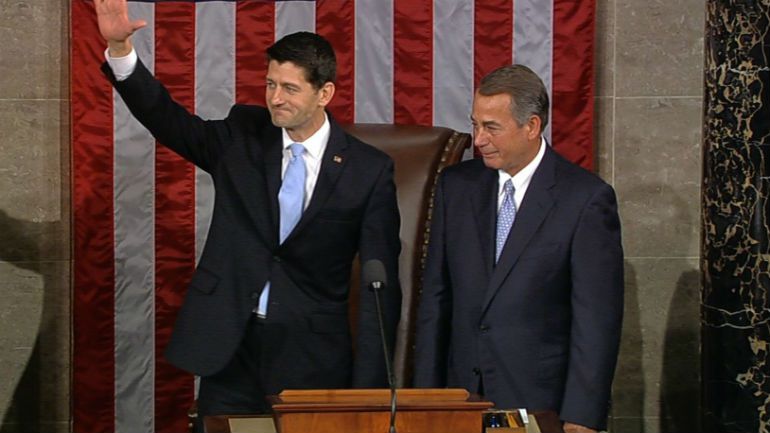 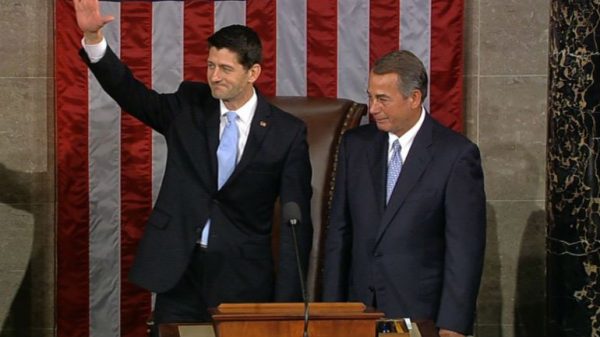 All you people who laughed at me, threatened to kill me and other such ridiculous notions for not supporting the socialist, liberal ticket of Romney/Ryan, all I have to say to you in the immortal words of comedian Bill Engvall, “Here’s your sign.” Former Speaker of the House John Boehner has officially endorsed Speaker and spineless RINO Paul Ryan for president should there no Republican candidate achieve the necessary delegates to win the nomination at the Republican National Convention in Cleveland.

You read that right. John Boehner, who should have never remained in the House as long as he did according to the Ohio Constitution, has endorsed RINO weasel Paul Ryan for president.

Former Speaker John Boehner said Paul Ryan should be the Republican nominee for president if the party fails to choose a candidate on the first ballot.

Wading into the GOP nominating battle for the first time since leaving office last fall, Boehner said that “anybody can be nominated” at the convention in Cleveland this summer.

Isn’t that interesting? The same drunk Neanderthal that ignored the actual vote at the RNC in 2012 concerning the rules that led to depriving Ron Paul of the same thing that he is proposing for sellout socialist Paul Ryan, just like the DNC did in its convention regarding God. Ryan is the same guy that I pointed out, under threat of death by some readers of my publication, has never been a constitutionalist or conservative, whatever that has come to mean.

This is not surprising as Paul Ryan was part of the establishment elite and donors that attended a conference with the specific purpose of stopping Donald J. Trump.

Hate to tell you readers, but I told you so. Unlike the popular talking head, the political establishment and the “conservative” talking heads, I warned you in advance that Ryan was not who he was made out to be and now, four years later, he has been a part of giving Barack Hussein Obama Soetoro Soebarkah everything he wants, has been elevated to Speaker of the House and has saddled us and our children, their children, and their children’s children with a massive debt they will never recover from. And why? Because he has, in essence, sold his soul to the devil, or in biblical terms, to the Beast, for political power.

It’s time that more Republicans and Christians wake up to the false paradigm of the Left and the Right and realize that all men live under just one law, and that those opposed to God’s Law should be dealt with according to that Law!