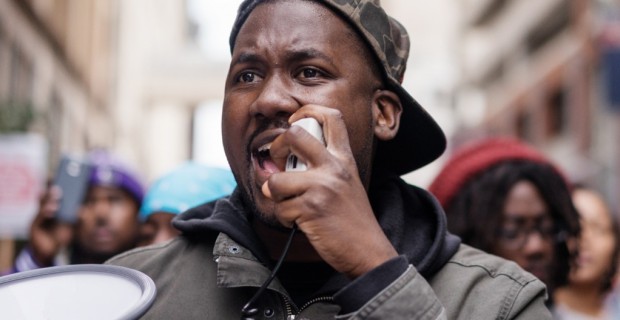 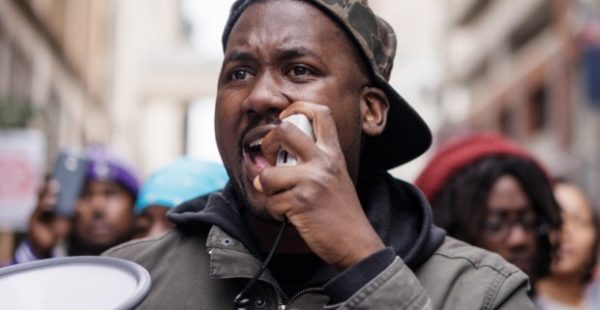 “Dear white people if Trump wins young niggas such as myself are fully hell bent on inciting riots everywhere we go. Just so you know,” Poe tweeted yesterday.

He followed up with another promise: “Trump wins aint no more rules fammo. We’ve been too nice as is.”

Trump wins aint no more rules fammo. We've been too nice as is.

Poe is by no means a nobody, he has appeared in innumerable articles charting the rise of ‘Black Lives Matter’ and was credited with coining the phrase, “This ain’t your grandparents’ civil rights movement.”

The rapper was one of the co-founders of Hands Up United, a “social justice” organization that emerged after the death of Michael Brown that was responsible for coordinating large BLM protests in the St. Louis area.

St. Louis was hit by riots in August last year as police were forced to use tear gas to disperse demonstrators who threw bricks and bottles at officers.

The “hands up, don’t shoot!” mantra was later discredited by DNA and autopsy evidence that confirmed Michael Brown did not have his hands up when he was shot by Officer Darren Wilson.

Poe’s threat to incite riots comes on the same day as it emerged that some of the radical groups involved in shutting down Donald Trump’s rally in Chicago last week are planning a “mass civil disobedience movement” beginning next month.

Donald Trump himself also warned that any attempt by the GOP establishment to steal the nomination from him may result in civil unrest.

Trump was quickly blasted by many sectors of the media for invoking the prospect of riots, a sentiment that wasn’t seen immediately after the riots in Ferguson, Missouri, when publications like Time Magazine argued that rioting was a justifiable form of protest.

Why is the media upset at Trump for invoking riots? According to them, it's a legitimate form of protest. pic.twitter.com/jdfhg7utxo