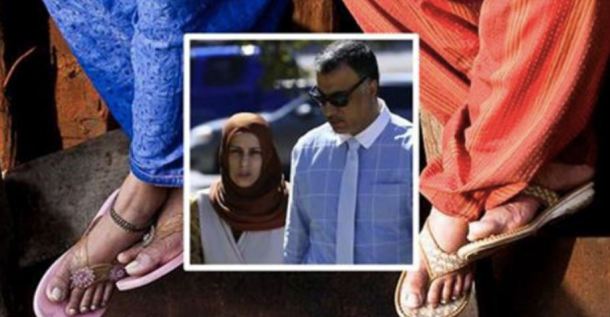 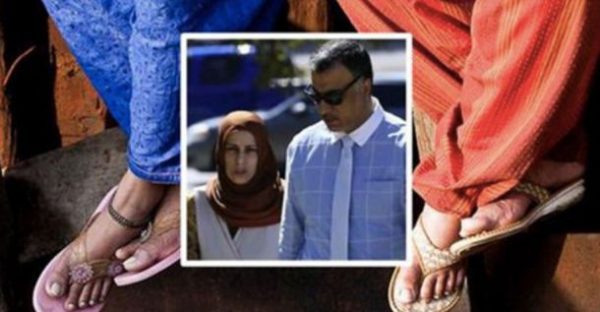 Two wealthy Texas Muslims have been found guilty of engaging in forced labor of two “servants,” otherwise known as slaves. However, the judge in the case was told that to punish them would amount to nothing more that “islamophobia,” which has been shown to be a ridiculous argument. The judge, however, decided they needed a lesson in law and banned them from the united States.

Hassan al-Homoud, 46, and his wife Zainab al-Hosani, 39, pleaded guilty to the crimes of holding a person against their will, and forced labor, otherwise known as SLAVERY. They tried to convince the judge that their actions were acceptable because their Prophet Muhammad, the creator of the religion of Islam, kept slaves of his own. Therefore, any punishment that they received would be Islamophobic.

District Judge Orlando Garcia was having none of that. Nor did he chance having the couple go to an American prison where they might be out on good behavior, and then possibly resume their religion inspired actions. He knew that, as followers of Sharia Law, the couple posed a danger to the United States, and as such, banished them from the country. Before they left, however, the judge ordered that the slave-owners pay each of their victims a sum of $60,000 to compensate their efforts.

According to the complaint prepared by Homeland Security’s Special Agent Edward Acuna, the problems are believed to have begun when al-Homoud applied for visas for two individuals, one from Indonesia, and the other from Bangladesh.

While al-Homoud claimed in the application that the two would be paid as a housekeeper and personal servant, the fact is that he paid them nothing.

According to the complaint the two women were living in absolute squalor. They were provided no toilet paper and only minimal amounts of food. Additionally, while no television was provided, which is no big deal, the women were also provided no clean linens and no furniture or books. Furthermore, the women were only allowed a few blankets and pillows to be used on the floor.

Both women, according to the complaint were not allowed to have cell phones and possessed no money. These two women were also transported each day to the residence of al-Homoud and his wife where they were forced to obey their every command. Furthermore, they were only allowed to eat from the family’s leftovers, and they were also forbidden to use the family’s bathroom to relieve themselves.

If this were not heinous enough, al-Homoud would store his slaves in a plastic box in his garage until he desired to use them again. In other words, al’Hamoud was simply being a good Muslim by following in the steps of Muhammad

. He followed the Sharia.

While many Black Americans claim they are slaves, they don’t have a clue as to the slavery that is the doctrine of the Islamic totalitarian religion

. Blacks in America are free if they accept the responsibility of living as free men and women, but concerning the teachings of Islam, many are left hopeless and abandoned in what can only be described as a living hell.

Last year Pieder Beeli covered the issue of Islamic slavery in a series of articles which you can read here, here, and here. Friend, his columns were about the Islamic slavery that was uncovered in 2013.