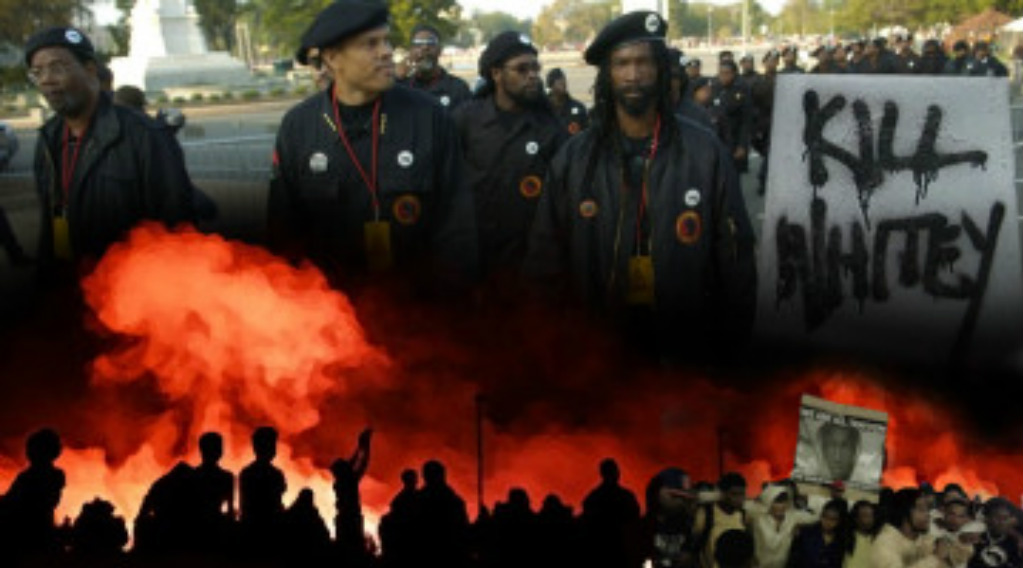 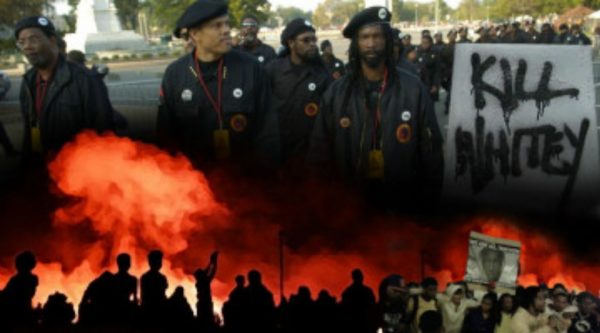 The racial rhetoric in this country has really gotten out of hand. Barack Obama has successfully convinced generations of blacks that they are oppressed victims in a system designed exclusively for white people, while simultaneously excusing their violent behavior as being justified because of this alleged oppression. Our colleges are deliberately pushing this racial strife in order to cause chaos, and the useful idiots of the day are falling right in line. The more they teach this supposed “white privilege” concept, the closer this country comes to an all out race war. Many suspect this is exactly what Obama wants. White privilege education is causing a seething hatred towards people of caucasian ethnicity and our constitutional system of government to the point where blacks are actually calling for the extermination of white people. A video has surfaced from Harvard University where a black student openly calls for the death of white people while also claiming that whites have no right to place value on their own lives. This is all being done deliberately to bring America crashing to her knees in preparation for a leftist takeover. Those responsible are the college professors pushing the divisive language and the government who sits back and allows it to happen. The phone number to the President of Harvard is 617-495-1502, incidentally.

The two major concepts, aside from white privilege, which drive this hatred towards Caucasians are Black Liberation Theology and Critical Race Theory. Both have their roots in Marxist ideology and profess that America was founded as a racist nation deliberately working to keep blacks down. They claim that racism is inherent in our institutions and
that blacks cannot be racist towards whites because they do not control these institutions, and without institutional power, they are unable to systematically discriminate; therefore, they can’t be racist. This is the academic nonsense that allows radical groups like the New Black Panther Party and Black Lives Matter to get away with their violent behavior. They are being treated as if they are overcoming actual oppression when in reality their lives are being destroyed because they are being used for the purpose of obtaining political power, and once that power is obtained, they will be discarded.

Black Liberation Theology was founded by James Cone and taught by Jeremiah Wright, Obama’s pastor. It is best explained by saying that proponents of this theology believe that white people are incapable of seeing humanity in any other people other than whites. They believe that racism runs in the blood of the white man. They seek to relate the gospel of Jesus Christ as existing for the sole purpose of liberating the black man from white oppression while also proclaiming that the only white people can be saved is to admit to their racist nature. The following is the definition of Black Liberation Theology-

Black theology is a theology of black liberation. It seeks to plumb the black condition in the light of God’s revelation in Jesus Christ; so that the black community can see that the gospel is commensurate with the achievements of black humanity. Black theology is a theology of ‘blackness.’ It is the affirmation of black humanity that emancipates black people from White racism, thus providing authentic freedom for both white and black people. It affirms the humanity of white people in that it says ‘No’ to the encroachment of white oppression.

This explains the mentality in our colleges as a failure to admit to one’s “white privilege” may lead to a failing grade or a denied degree.

James Cone believed that white people viewed blacks as animals, which is possible considering the real history of the Democrat party and their belief in social Darwinism. It was, after all, Democrats who advocated for slavery and segregation. He believed that the black man was deliberately denied any political and social power and that the development of Black Liberation Theology gave the black man an identity that was previously nonexistent in a world dominated by white racists. This, of course, is not true; blacks have been serving in congress and other areas of civil service since the reconstruction era. The first blacks to do so, incidentally, were Republicans.

Black Liberation Theology has its roots in Marxism, as it continually points to white oppression as the cause of poor economic conditions in black communities. Democrats, through their social welfare programs and constant divisive language, have created communities of victims unable to succeed without government handouts. This has destroyed the concept of personal responsibility in black communities and, as a result, the victimology mindset has set in. It has become easier to blame the white man and his system of government for their problems than to do some real self reflection on the circumstances that brought them to their current condition.

Marxist ideology teaches that poor people are oppressed by a greedy “bourgeoisie” that seeks to exploit their labor. In Black Liberation Theology the idea of victimhood and “blackness” transcends just black people to all poor people who are oppressed by rich white men.

Critical Race Theory is essentially founded on the same premise, though it is a little different in the sense that it is founded on critical theory. Critical theory teaches to criticize the dominate culture and challenge the presuppositions within it. For instance, a college student being taught to critically think about health care in America is actually being taught a system of Marxist ideology, where the goal is to criticize America’s health care system, not give it a thoughtful analysis of it. Likewise, when America’s constitutional system of governance is being taught, there is no doubt that it is being “criticized” because of the history of slavery and segregation. The goal is to make America appear hypocritical and uncompassionate towards all people except whites. The following is a description of Critical Race Theory-

The critical race theory (CRT) movement is a collection of activists and scholars interested in studying and transforming the relationship among race, racism, and power. The movement considers many of the same issues that conventional civil rights and ethnic studies discourses take up, but places them in a broader perspective that includes economics, history, context, group- and self-interest, and even feelings and the unconscious. Unlike traditional civil rights, which embraces incrementalism and step-by-step progress, critical race theory questions the very foundations of the liberal order, including equality theory, legal reasoning, Enlightenment rationalism, and neutral principles of constitutional law.

Until someone makes a serious effort to discredit these theories and stand up to the communists telling these lies, the racial divide will continue to grow. There is real anger and resentment being acted upon and it is all based on academic nonsense being taught with the purpose of creating chaos and fear in the population. The people pushing this hatred need to be held accountable.