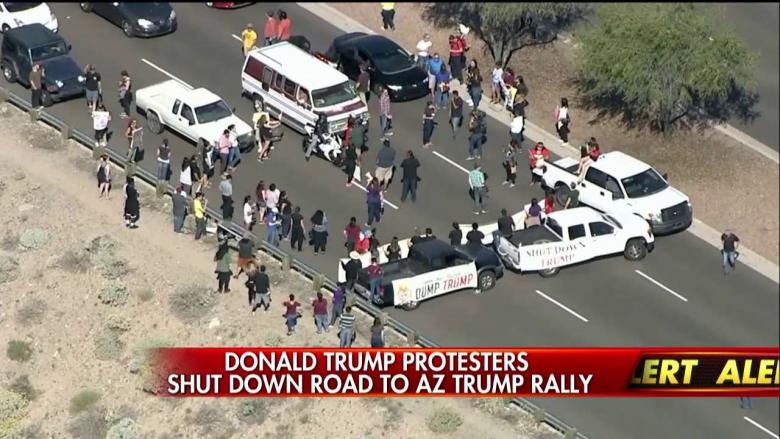 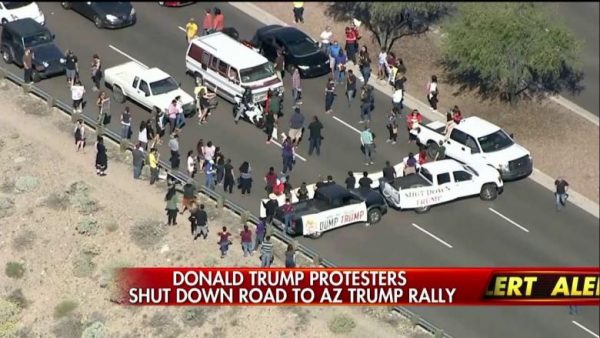 Editor’s Note: It’s amazing to me that American patriots from Bundy Ranch, who peacefully protested the government thugs, are being arrested, even as I type this, and yet these animals are allowed to do this which is a danger to their fellow citizens. This is not free speech… it’s totalitarianism.

One of the things that we have to come to grips with in our new world is the different ways people handle disappointment and disapproval. For over two hundred years, America was a place of free ideas. For the most part, this is a unique concept.

Most of the world deals with political strife through physical restraint. If a candidate or political movement becomes dangerous to the ruling class in South America for example, then a rally or protest is organized. Blocking roads to stop a person from sharing his/her ideas is common around the continent.

Now, rather than the free market of ideas, our country has become a place of political correctness. Gone are the days of free expression and debate. We now live in the age of goon politics. Mob rule is the order of the day.

Protesters in Arizona on Saturday are trying to shut down the only road leading to GOP presidential frontrunner Donald Trump rally in the Arizona, ahead of a full day of campaign events in the border state, which holds key primaries Tuesday.
The town hall-style meeting in Fountain Hills, Ariz., near Scottsdale, and will be followed by a bigger rally in Phoenix Convention Center.

This was started because of an unofficial endorsement from the wrong group. Traditionally, the Democratic party has enjoyed unrivaled support from unions. There is a sign that this is no longer the case.

Local 2544 said Trump asked for the endorsement and that officials responded by saying he is the only 2016 White House candidate to “publicly expressed his support” of the Border Patrol’s mission and it agents and that he has been “an outspoken candidate on the need for a secure border.
However, Art Del Cueto, president of the Tucson-based union, made clear that he would adhere to the larger National Border Patrol Council’s practice of not endorse presidential candidates.

Now, rather than campaign against Trump’s ideas and political rhetoric, these thugs want to prevent others from hearing what the man has to say. This is not liberty. This is not freedom; it is the death of those two things.