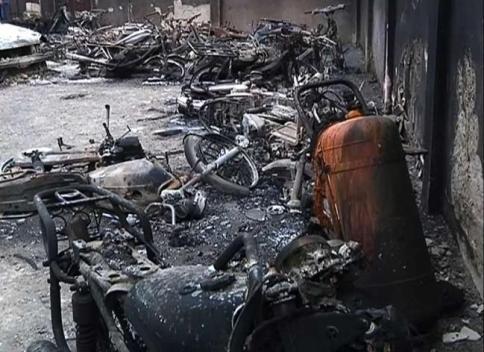 The world takes little notice of this. If the victims were Muslims, the enemedia would be full of stories of “islamofauxbia.” But the victims are Christians, so the “human rights community” has nothing to say.

Radical Muslim Fulani herdsmen in Nigeria have killed close to 500 predominantly Christian farmers in Benue state in central Nigeria in a series of attacks over the last month, and are reportedly still hiding out among villagers, making survivors too afraid to return and bury the dead.

“In the last three weeks, Aku, Odugbeho, Aila, Okokolo and Ikobi have been utterly destroyed and over 300 people have been killed,” Steven Enada, a development advocate campaigning against the killing of the Agatu people, told Morning Star News.

“We have corpses littered in the field like a war fought in the Roman Empire by Emperor Nero,” he added, with survivors too afraid to return to bury the dead.

International Christian Concern said on Tuesday that in total close to 500 people have been killed over the past month, and thousands have died in clashes since 2001.

The Fulani herdsmen launched a heavy attack against the Agatu farmers on Feb. 22, and a week later had killed over 300 people in the slaughter.

Ikwulono John Anthony, an indigene of the affected Christian communities, said that some of the attackers are still in the villages.

“Entire villages were burned down completely by Fulani herdsmen. Unidentified corpses of these Christians were discovered, properties were looted by these Fulani invaders. As I speak to you, Fulani herdsmen are living in the deserted villages. I couldn’t believe what my eyes saw.”

Fulani leaders are apparently accusing farmers of killing up to 10,000 cows, something which the local villagers deny….