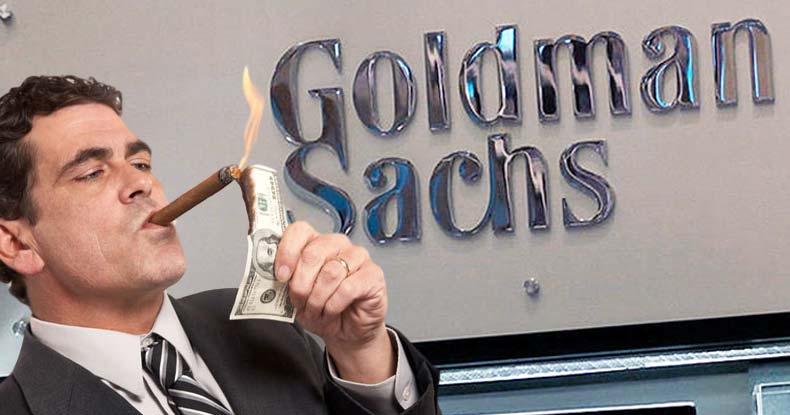 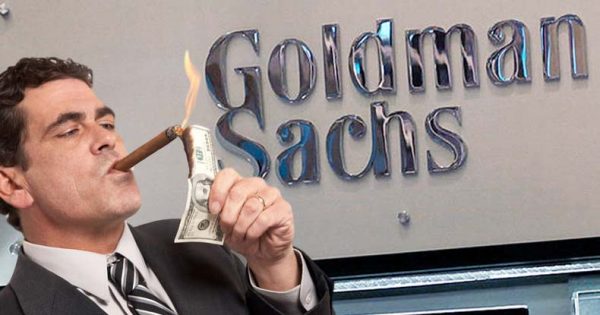 A former Fed employee received less than a slap on the wrist for sharing confidential documents from the Federal Reserve Bank of New York with a friend working for — wait for it — Goldman Sachs.

After pleading guilty to the misdemeanor charge of “theft of government property,” Jason Gross was ordered by U.S. Magistrate Judge Gabriel Gorenstein to pay a $2,000 fine and complete 200 hours of community service while on probation for one year. The disproportionate punishment “disappoint[ed] prosecutors who said his leaking of confidential documents to a friend at Goldman Sachs Group Inc … justified time behind bars,” noted Reuters.

If you ever required proof of the incestuous revolving door between government and the Big Banks, Gross’ measly sentence should suffice nicely.

Prosecutors, who had sought a six to twelve-month prison term, appear to be flummoxed, as Gross had admitted in November “to providing confidential information to Rohit Bansal, his former supervisor at the Federal Reserve Bank of New York who had left to work at Goldman Sachs,” Reuters reported.

That ‘confidential information,’ once in Bansal’s possession, made its way to other employees at Goldman with the simple caveat: “Please don’t distribute.” Some Fed documents Gross handed over to Goldman pertained to an examination of another bank Goldman was advising at the time.

Gross’ attorney, Bruce Barket, laughably downplayed the magnitude of his client’s culpability in court. Barket claimed Gross simply thought he was “doing a favor for a friend who had already seen” those documents.

“I don’t think he thought much of it,” Barket explained.

But as ZeroHedge noted, the leak of confidential information to Goldman had been taken far more seriously in 2014 — though, it and another unrelated scandal involving the same Fed bank quickly disappeared from headlines.

As the New York Times reported at the time, “From his desk in lower Manhattan, a banker at Goldman Sachs thumbed through confidential documents — courtesy of a source inside the United States government.

“The banker came to Sachs through the so-called revolving door, the symbolic portal that connects financial regulators to Wall Street. He joined in July after spending seven years as a regulator at the Federal Reserve Bank of New York, the government’s front line in overseeing the financial industry. He received the confidential information, lawyers briefed on the matter suspect, from a former colleague who was still working at the New York Fed.”

As became apparent through an investigation, the “banker” turned out to be Bansal and the “colleague,” Gross.

“When Goldman hired the former New York Fed regulator,” the Times continued, “it assigned him to advise the same type of banks that he once policed.”

This whopping conflict of interest and the confidential document leak led Goldman to fire Bansal and a more senior employee, as well as notify regulators of the situation. The Fed also fired Gross.

In October 2015, Goldman Sachs agreed to a “related” $50 million settlement with the New York Department of Financial Services — yet another useless slap on the wrist. Charges were brought against Gross shortly after that.

While Iceland — and now Ireland — imposed actual, tangible punishments for their criminal bankers over the 2008 financial crisis, the U.S. continues to look the other way. Though Gross’ misbehavior was unrelated to the crisis, it evidences the pattern of excusing bankers for virtually any criminal behavior they can dream up. When even corporate news outlets call out the Wall Street-Washington revolving door — both Reuters and the Times did so, in this case — the severity of the problem is quite clear.