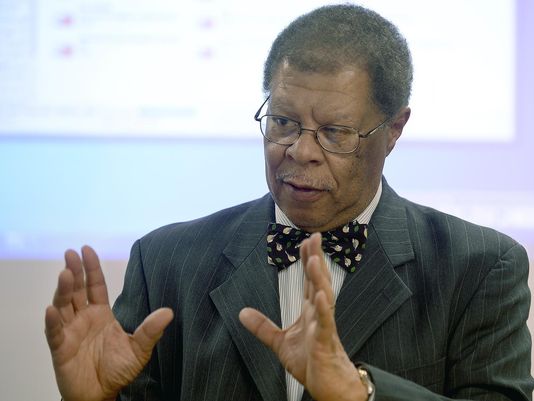 Ingham County, MI — When it comes to the government, in general, the notion of ‘do as I say, not as I do’ rings true through every level, from the parking transit officer to the president.

The most recent case of government hypocrisy comes from a Michigan prosecutor, who, for the past 20 years, has been the top prosecutor for sex workers, a man who put sex traffickers in jail and built a reputation as “an outspoken advocate for ending human trafficking and prostitution,” according to a statement released by Michigan Attorney General Bill Schuette (R).

Prosecutor Stuart Dunnings III was arrested Monday at a coffee shop near Lansing, on not one, not 10, but hundreds of illegal encounters in Michigan over the last 6 years.

“This is not a going into Barnes and Noble and buying something as a client or a customer,” Schuette said. “This is an instance where an officer of the law, an officer of the court, the prosecutor in the capital city of Michigan has a responsibility to enforce the law, report crimes, but he did just the opposite. He was a participant in commercial sex activity.”

Dunnings faces 15 criminal charges across three counties, including willful neglect of duty and pandering. The latter charge stems from the prosecutor paying for sex with a woman who was seeking help resolving a child custody dispute, according to the affidavit.

He was also charged with 10 counts of engaging in the services of prostitutes, a misdemeanor, in Ingham, Clinton and Ionia counties.

After being processed in the Ingham County jail, Dunnings was arraigned and released on bond.

Dunnings was known for his harsh sentences for prostitutes and their customers. “In the first two years alone, his prosecutors charged 19 people with felonies and impounded 53 vehicles,” according to the Lansing State Journal.

Dunnings was the highest paid official in Ingham County, with a salary of $132,000 — most of which went to his sex habit. Dunnings was shelling out hundreds of dollars at a time, three to four times a week to pay for sex workers.

Then, after he was done getting his rocks off, he’d go back to court like nothing happened, and continued to ferociously attack sex workers in his position as prosecutor. His hypocrisy is sickening.

“I’ve known Stuart for a long time,” Ingham County Sheriff Gene Wriggelsworth said at a news conference. “We’ve done some campaigning together. This was a huge betrayal of his trust, his oath of office, his service to the people of this county.”