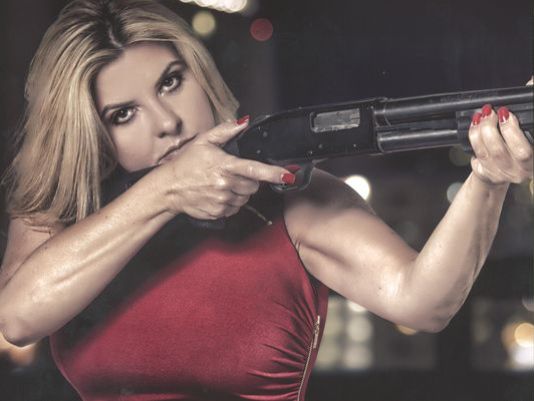 In an exclusive interview with Nevada Assemblywoman Michele Fiore on Friday, she told Oathkeepers News Media Director Jason Van Tatenhove that Nevada prosecutors mentioned the fact that there was another round of “mass” arrests of American patriots who showed up in Bunkerville, Nevada at the Bundy Ranch siege in 2014 with a gun.

“The Nevada prosecutor that was in Oregon last week, told an Oregon attorney today, Friday March 18 through the upcoming Tuesday, they will be doing another ‘mass’ amounts of arrests of anyone that was in Bunkerville with a firearm in 2014,” said the Nevada Assemblywoman.

Pick up the video around the 9:00 mark for Fiore’s comments on this issue and take time to educate yourself with the entire video on the updates she brings as she has really represented her people there in Nevada like no one I’ve ever seen do.

Fiore added that she had received a call from someone that had been in Bunkerville with a gun, and according to her, “the FBI stalked him for I guess a few weeks, stalked his house, his 12-year-old daughter was home, pulled up right behind him, and he was polite and he invited them in.”

“He was cautious,” Fiore added. “But I advise everyone… if the FBI or the police want to question you, absolutely not without your attorney.”

That is wise advice and also a right you have under the US Constitution, which states in part in the Fifth Amendment, “No person…shall be compelled in any criminal case to be a witness against himself.”

Of course, many people want to be friendly, but they are naïve to the workings of how manipulative certain people in authority positions may behave. I’m not saying all of them do, but the fact of the matter is your silence is a right that is protected under the Constitution and you do not have to comply with questioning in such a manner as it could be used against you in a court of law.

Fiore echoes this sentiment. “We don’t have a problem with law enforcement, but their intention is to entrap, and their intention is not pure. So I would highly suggest that no one speak with the FBI or the police without your attorney because they do not have good intentions at the moment.”

So, how many people are we talking about in this latest round of arrests? According to Van Tatenhove, “There were hundreds, if not thousands of people there.”

Fiore confirmed that there were over 2,000 people at Bundy Ranch at one time.

However, when are the American people going to stop buying the lies of the state-controlled media and begin to look past the propaganda and see the truth and the violation of the Constitution by the DC government and the Bureau of Land Management? When are they going to see how this is trickling down from DC to the governors, sheriffs and even to local prosecutors? When are their eyes going to be opened and their strength renewed and deal with the criminals in their governments? Will it take a mass round up of arrests based on unlawful, trump up charges, or will the people wait until it’s too late and they are the ones being arrested and hauled off to jail, and the propaganda machine rolls right over them defining them as terrorists and criminal?

This is nothing but the heavy hand of government attempting to silence dissent, undermine the First Amendment and the rights of the people to peacefully protest (yes, even with guns on their sides or in their hands… after all, the government had trained snipers lining them up in their sights!), and basically attempt to control the people from speaking out through fear tactics. We cannot let this stand!

Patriots, be vigilant and ready!

Finally, for anyone who was at Bundy Ranch and is targeted by these lawless thugs, several top lawyers are providing pro-bono representation for you. All you need to do is download this form and fill it out.