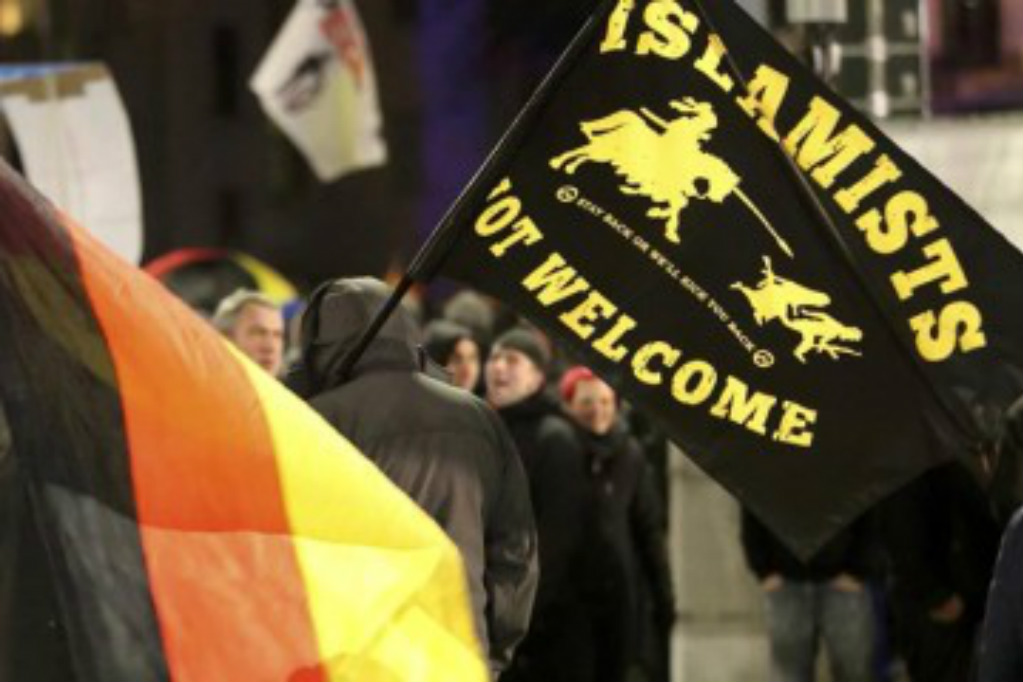 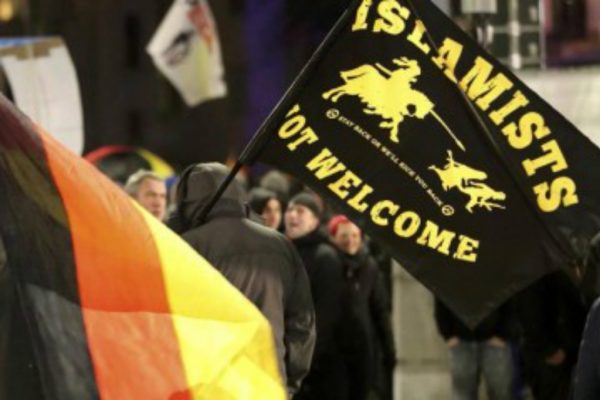 German Chancellor Angela Merkel and her Christian Democratic Union were shocked earlier this week as German patriots, who are angry with her immigration policies of allowing Muslim migrants into the country, came out in mass this week to rally around the Alternative für Deutschland (AfD), an anti-immigration party that was once a fringe group, but has now become Germany’s third most popular party. However, Germany is not the only place experiencing those standing up to their governments because of the increased invasion of Muslim migrants.

As the AfD won large percentages of the vote in three regional elections, Merkel’s party has lost considerable support in the wake of the violence and preferences shown to Muslim Migrants rather than the people of Germany… and the Germans seem to be having enough of it.

Its image has been helped by its youthful female leader, the pixie haired Frauke Petry, who took to social media after the vote to boast the AfD “made an important first step in the right direction to break the cartels of consensus parties.”

While Merkel has pledged to stay the course and accept more and more refugees, even the mainstream press has turned on her policies, with the German magazine Der Spiegel arguing Merkel created a “German society that is more divided and disgruntled than it has been in years… [and] a Europe that is no longer united.”

But don’t expect Merkel to back down. In fact, WND columnist and internationally renowned anti-Islamization activist Pamela Geller expects Merkel to respond with further repression.

“Merkel’s migrant policy is wildly unpopular,” Geller told WND. “She has already conspired with Mark Zuckerburg to censor dissent from her policies on Facebook. She will crack down further. She cannot win debates or convince people of the rightness of her course, because it is so wildly wrong. Force is all that’s left for her to employ.”

Geller, the author of “Stop the Islamization of America,” argues the elections show the German people are resisting Merkel’s plan to import thousands of refugees. However, she does not expect the elections to change Merkel’s course of action.

“Merkel is too deeply committed to her suicidal policies to change,” Geller said. “She will go down with them.”

Indeed, she will. Dr. G. M. Davis, author of House of War: Islam’s Jihad Against the World, echoed Geller’s comments to WND, referring to Merkel as “ruthless” in the pursuit of “centralizing, multiculturalist agenda indifferent to the welfare of ordinary Germans or other Europeans.”

“There is no reason to believe the systemic pressure applied against social workers, journalists and political representatives to downplay the danger posed by her refugee policy will abate.”

Davis also believes that the current influx of Muslim migrants has revived the AfD.

The AfD, which had been rent by infighting, had nearly fallen off the political map until the crisis,” Davis said. “Their recent victory appears to be a classic protest vote. If the migrants stop coming from Syria, they may lose their greatest advantage.”

However Germany is not alone.

Hungarian Prime Minister Viktor Orban, who opposes taking in Muslims, is also speaking out about the “destruction of Europe.” Orban claims that because Europe is not free, the “truth is not allowed to be said.”

“It is forbidden to say that immigration brings crime and terror to our countries,” Orban said. “It is forbidden to say that the arriving masses from other cultures are a threat to our way of life, our culture, our habits and our Christian traditions. Mass migration is a low water which erodes the shore with a persistent flow. It masquerades as a humanitarian issue but its true nature is to occupy space.”

KIIITV reported, “Orban, speaking under a steady rainfall, said that while earlier ‘opponents of freedom’ like the Soviet system resorted to prisons, camps and tanks to impose their will, ‘today the muzzle flashes of the international press, stigmatization, threats and extortion are sufficient.'”

Even the United Kingdom seems to finally be waking up to the threat that mass migration of Muslims presents to their own culture. Prime Minister David Cameron‘s party seems to be split after London Mayor Boris Johnson moved his allegiance to the Brexit camp, even though both men have covered for Islam in the past.

Both Geert Wilders and Jean Marie Le Pen, who have been outspoken critics of Islam, have put forward their support for GOP frontrunner Donald Trump to be president, largely due to his open and up front approach to dealing with Islam.

I think many Americans have watched enough of what is taking place in Europe and are seeking prevention now, rather than attempt a cure later.