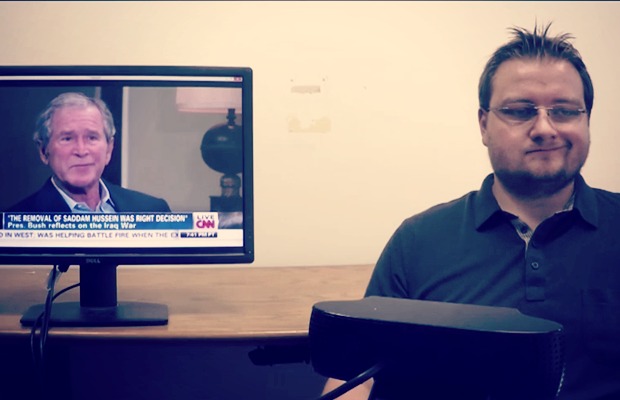 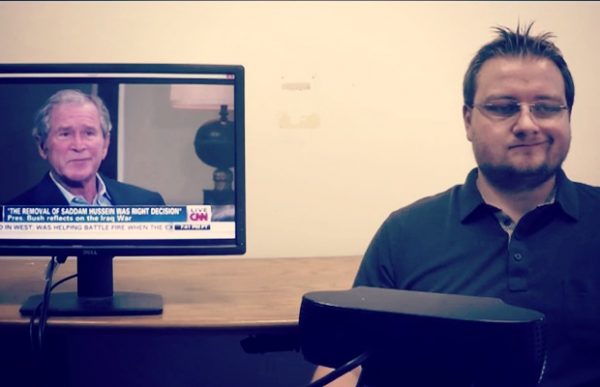 (Truthstream Media) Talk about wag the dog. I’m not even sure what to write for a description of the video you are about to watch.

So-called “reality” can be edited in real-time.

The project is a joint effort in progress between Stanford, the Max Planck Institute for Informatics, and the University of Erlangen-Nuremberg. According to the project’s abstract, via Stanford University:

We present a novel approach for real-time facial reenactment of a monocular target video sequence (e.g., Youtube video). The source sequence is also a monocular video stream, captured live with a commodity webcam. Our goal is to animate the facial expressions of the target video by a source actor and re-render the manipulated output video in a photo-realistic fashion. To this end, we first address the under-constrained problem of facial identity recovery from monocular video by non-rigid model-based bundling. At run time, we track facial expressions of both source and target video using a dense photometric consistency measure. Reenactment is then achieved by fast and efficient deformation transfer between source and target. The mouth interior that best matches the re-targeted expression is retrieved from the target sequence and warped to produce an accurate fit. Finally, we convincingly re-render the synthesized target face on top of the corresponding video stream such that it seamlessly blends with the real-world illumination.We demonstrate our method in a live setup, where Youtube videos are reenacted in real time.

(More info on this project via Stanford’s website here.)

While it may not be “pixel-perfect” YET, Tech Crunch’s response is the same thing on everyone’s mind after watching the original video (which is well on its way to a million views even though it’s only been up for three days):

Even in the relatively low-res clips we’re shown, there’s an uncanny valley effect of something being not quite right. But hot damn is it impressive (and, well, more than a little spooky) even in this early stage.

Why spooky? Technology like this will serve to make video less inherently believable. The video’s use of politicians as the editing target is pretty self-aware. In that regard, political hoaxes will hit a lot harder when it’s a video instead of a ‘shopped picture being forwarded around.

Yeah, nothing about this is comforting. But also, how long has this technology really been available? We all know that whatever technology the general population is being shown currently exists, the military-industrial complex is likely decades ahead of it.

In the original video’s comments section, scores of people pointed out the dangers of this technology in the Orwellian nightmare we currently find ourselves living in. One person said it should be stopped because of a scary potential for misuse, to which someone else replied, “Potential for misuse? I can’t think of a reason you’d want this technology in the first place besides abusing it.”

If video of a world leader giving a speech can be hijacked and edited in real-time, complete with, say, a full soundboard created by government software that can take ten minutes of a person talking and match the speech patterns to make convincing audio of a person saying anything they want him to…

And if drills can look as real as the real thing… Can you trust anything you see on “the news”?

And if seeing and hearing aren’t believing…

How virtual has our reality already become before virtual reality even goes global?

and this is definitely worth a watch if you haven’t seen it: We Need to Talk about Sandy Hook