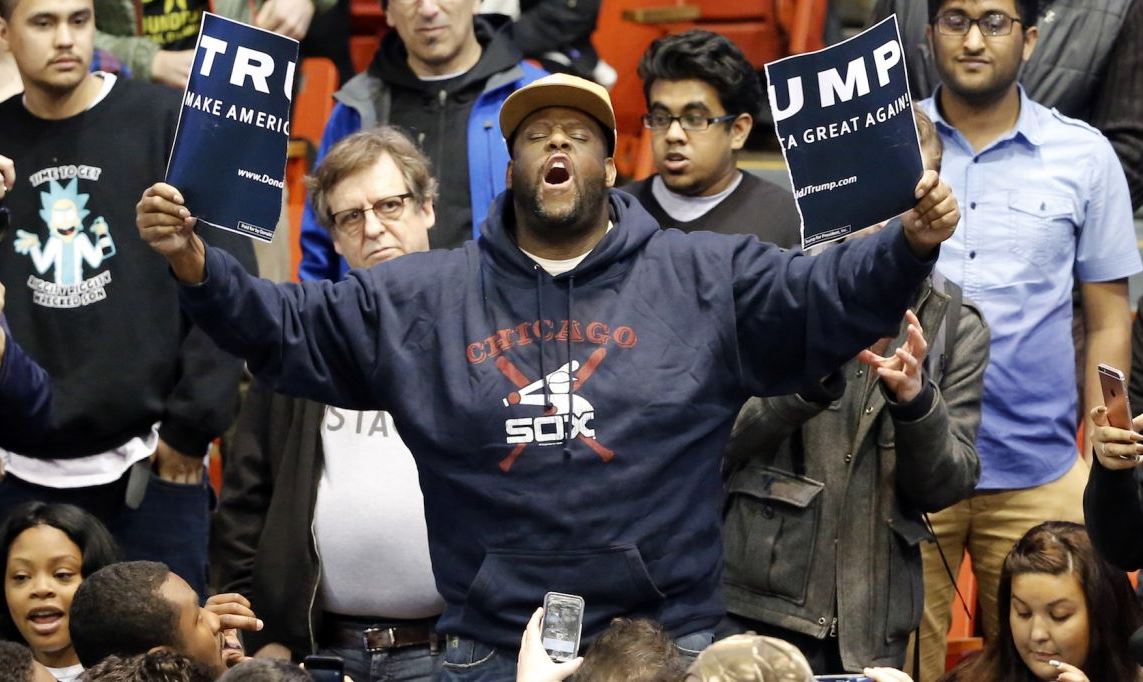 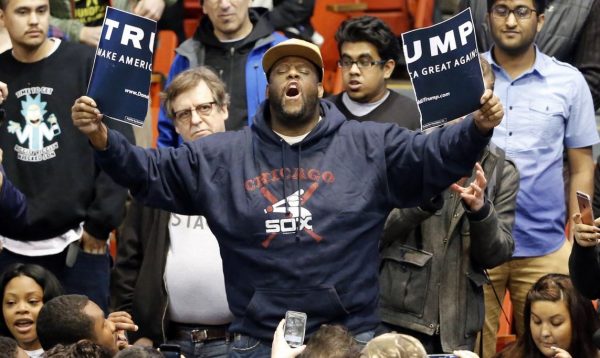 Eastern Europeans and Arabs are all-too-familiar with the political street hooliganism sponsored by global «provocateur» George Soros and his minions. Lately, middle-class Americans have had a taste of the type of violent protest provocations during the current US presidential campaign that have previously been visited upon governments from Macedonia and Moldova to Syria and Libya.

Recently, Donald Trump campaign rallies have seen highly-coordinated and well-planned political demonstrations in Chicago, Cleveland, St. Louis, Dayton, and other cities. The rallies were disrupted by highly-coordinated and well-planned protesters waving freshly-printed protest signs before awaiting television cameras. Such «rent-a-mob» actions are trademark signs of the involvement of George Soros and the «godfather» of political street violence, Gene Sharp, in disrupting the normal political process.

One of the favored methods proposed by Sharp and embraced by Soros-financed groups is the taunting of individuals. Sharp’s advice to taunt speakers is being played out in the US presidential campaign: «instead of predominantly silent and dignified behavior… people may mock and insult officials, either at a certain place or by following them for a period». Sharp suggests that taunting individuals, such as presidential candidates, be combined with a refusal to disperse when either asked or ordered to do so. Sharp claims that these methods are «non-violent». However, when the US Secret Service, charged with protecting presidential candidates from assassination or bodily harm, order protesters to leave a campaign venue and there is a subsequent refusal to do so, violence is a certainty.

Soros and Sharp honed their street revolution tactics on the streets of Belgrade in the Bulldozer Revolution that overthrew Serbian president Slobodan Milosevic on October 5, 2000. Two Soros-financed and Sharp-inspired groups, OTPOR! and the Center for Applied Nonviolent Action and Strategies (CANVAS), as well as their leader Srdja Popovic, a so-called «pro-democracy» agitator, have all been unmasked as US intelligence assets. Popovic has received funding from the CIA-linked US Institute of Peace, a creation of neo-conservatives to advance the type of undemocratic political street disruptions first seen in Serbia and that soon expanded to Ukraine, Georgia, Egypt, Venezuela, Russia, Macedonia, and other countries. Today, Soros-inspired political violence has targeted Trump rallies across the United States.

Popovic first began to infiltrate American politics by ostensibly supporting the Occupy Wall Street movement. As his ties to the CIA and Goldman Sachs later showed, his intent and that of his financiers were to derail the anti-capitalist popular movement.

Several veteran «agents provocateurs» of the Occupy Wall Street movement who are now part of the Bernie Sanders presidential campaign have been enlisted by groups like Unbound Philanthropy, an immigrant rights group, to disrupt Trump rallies. Together with the Soros-financed group Black Lives Matter, these professional street hooligans have carefully, and in compliance with the Sharp model, staged their demonstrations to achieve maximum media coverage while achieving the maximum level of disruption to the primary election process.

Unbound Philanthropy is funded by Obama’s deep-pocketed friend and frequent vacation host in Hawaii, William Reeves, a former JP Morgan executive who now heads up BlueCrest Capital. In some cases, the political protesters masquerade as Trump supporters by wearing pro-Trump shirts and hats in order to gain access to Trump campaign venues. This methodology of disruption employs another Sharp tactic, that of using false identities. Coupled with the tactic of «non-violent harassment» of individuals, the use of employing false identities to gain admittance to Trump rallies, followed by coordinated protests in the form of placard-waving «stand-ins», are textbook examples of Sharp tactics being employed with the financial support of Soros and his gang, which includes Reeves and pro-immigration Hispanic groups and Black Lives Matter. Many of the anti-Trump street actions are coordinated by MoveOn.org, another group financed principally by Soros and the Hyatt Hotels’ Pritzker family of Chicago. One member of the Pritzker family, Penny Pritzker, serves as the Secretary of Commerce in the Obama administration.

MoveOn.org, which has endorsed Sanders, is actually using its protests at Trump rallies as a fundraising gimmick. It promises to disrupt future Trump campaign rallies and it will use every weapon in the Sharp/Soros handbook.

Another Sharp/Soros tactic employed against Trump is the «speak-in». During a Trump campaign appearance in Dayton, a pro-Bernie Sanders protester jumped a barrier and rushed the stage in an attempt to grab the microphone from Trump. The Secret Service tackled the protester who was arrested by police. The protester previously took part in a 2015 protest at Wright State University in Dayton where he dragged a US flag on the ground. Destruction of property, including US flags, is another hallmark disruption tactic proposed by Sharp.

The Sharp definition of a «speak-in» is a «special form of nonviolent intervention… when actionists interrupt a meeting… or other gathering for the purpose of expressing viewpoints on issues which may or may not be related directly to the occasion». Soros classifies the action as «social intervention», with «psychological and physical aspects». Regardless of Sharp’s definition of such actions as «nonviolent», the Secret Service does not take likely anyone lunging at a presidential candidate, especially after the assassination of candidate Robert F. Kennedy in Los Angeles in 1968 and the shooting and attempted assassination of candidate George Wallace in 1972. Soros’s operatives are dangerously playing with fire by bringing such violence-tinged street protest tactics to the American presidential political scene.

The stench of Popovic and Soros in the street operations against Trump, who has railed against Wall Street’s «free trade agreements» and neo-conservative «wars of choice», can be seen in the links between the street protest groups and corporate giants like Goldman Sachs.

Satter also happens to be close to both President Barack Obama and anti-Trump GOP operative Karl Rove. Satter has donated to both Obama and Rove’s Crossroads political action committee. Satter was also the national finance co-chair of Mitt Romney’s 2008 and 2012 presidential campaigns.

This year, Satter joined the Senator Marco Rubio campaign as Illinois Finance Committee co-chairman. Such background players, Heidi Cruz and her Goldman Sachs friend Satter, as well as Rove, Romney, Reeves, Soros, the Pritzkers, and Popovic – a Central Intelligence Agency-linked foreign interloper in the United States political system – are the actual movers and shakers behind America’s presidential election. Their jobs and those of other deep-pocketed political financiers like Paul Singer, Haim Saban, Sheldon Adelson, Michael Bloomberg, Sam Zell, and Norman Braman, are to ensure that no «unfiltered outsiders» ever become the President of the United States. These and other wealthy backroom political maestros owe their undemocratic but massive political influence to insider politicians residing at 1600 Pennsylvania Avenue in Washington. They will do everything in their power to prevent an «unfiltered» candidate from becoming the next American president.

Wayne Madsen: Investigative journalist, author and syndicated columnist. A member of the Society of Professional Journalists (SPJ) and the National Press Club.