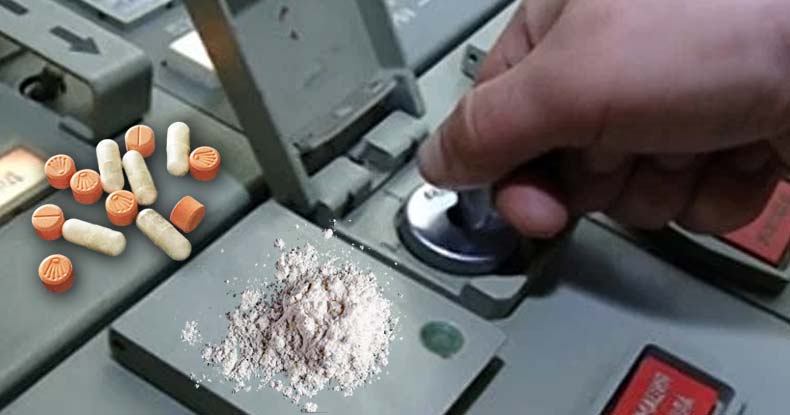 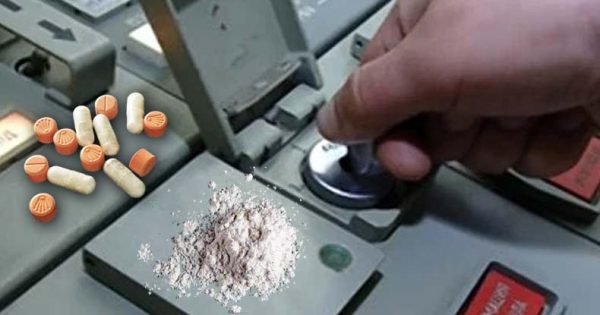 According to Gen. Robin Rand, commander of Air Force Global Strike Command, the 14 suspects are airmen, airmen first class, or senior airmen (E-2 to E-4) from the 90th Security Forces Group at F.E. Warren AFB outside Cheyenne, Wyoming. Responsible for protecting 150 Minuteman-3 nuclear missiles, the 14 airmen have been suspended from their security duties while the investigation continues. Although Gen. Rand refused to specify which drug the airmen were caught using, the Associated Press has reported that they were high on cocaine.

“It came to light because one airman who had suspicion of drug activity by another reported that to his chain of command,” stated Rand. “The drug allegations involving these 14 airmen are credible.”

Along with Malmstrom AFB in Montana and Minot AFB in North Dakota, F.E. Warren is one of three Air Force bases responsible for maintaining 450 active intercontinental ballistic missiles. Last year, three missileers at Malmstrom pleaded guilty to illegal use, possession, or distribution of ecstasy. While investigating the missileers’ cell phones, the Air Force stumbled upon a cheating scandal involving approximately 100 officers.

In March 2014, the Air Force fired nine officers and accepted the resignation of the commander at Malmstrom when an investigation into illegal drug possession exposed a pervasive cheating epidemic on base. After examining the text messages of four missile launch officers suspected of possessing illicit narcotics, investigators discovered test answers including classified information on their cell phones.

In November 2014, the Air Force fired two nuclear commanders and disciplined a third due to a loss of trust and confidence in their leadership abilities. Second in command of the 90th Missile Wing at F.E. Warren, Col. Carl Jones was reassigned after repeatedly throwing violent temper tantrums on base and mistreating subordinates. Lt. Col. Jimmy Brown was relieved of command from the 91st Missile Wing at Minot after informing his subordinates that pregnancy would negatively affect a woman’s career in his squadron.

Commanding a group of three missile squadrons, an operations support squadron, and a helicopter squadron, Col. Richard Pagliuco, commander of the 91st Operations Group, was disciplined for failing to safeguard the morale, well-being, and welfare of the people under his command at Minot.

According to an inspector general investigation report, Maj. Gen. Michael Carey, commander of the 20th Air Force and responsible for overseeing 450 ICBMs, was frequently rude to his counterparts, socialized with suspicious foreign women, and became so drunk that a witness worried he required help standing while leading a U.S. delegation to Russia in July 2013. Inebriated at a Mexican restaurant in Moscow, Carey attempted to play with the band, but they refused. In October 2013, Carey was fired due to a loss of trust and confidence in his leadership and judgment.

In August 2013, Col. David Lynch, commander of the 341st Security Forces Group at Malmstrom was relieved of his duties due to a loss in confidence in his ability to lead. Lynch was fired after the missile wing received an unsatisfactory rating during a Nuclear Surety Inspection.

Following the removal of 17 officers assigned to watch over nuclear ICBMs at Minot, Lt. Col. Randy Olson was relieved of duty due to a loss of confidence in his leadership in June 2013. As commander of the 91st Operations Support Squadron, Olson was in charge of the training and proficiency of missile launch control officers at Minot. The 17 officers were removed from their posts after investigators found numerous safety violations, potential violations in protecting nuclear codes, and basic attitude problems.

After ordering a review of the entire nuclear force in 2014, then-Defense Secretary Chuck Hagel stated, “Personnel failures within this force threaten to jeopardize the trust the American people have placed in us to keep our nuclear weapons safe and secure.”

Marred with a history of misconduct and poor leadership, the U.S. government has admittedly placed unethical coke and molly addicts in charge of guarding and operating the country’s nuclear stockpile. Although President Obama initially campaigned for disarmament, he continues funding and rebuilding nuclear facilities while issuing cheaters and cokeheads to watch over hundreds of active nukes.

Andrew Emett is a Los Angeles-based reporter exposing political and corporate corruption who writes forTheFreeThoughtProject.com, where this article first appeared. His interests include national security, corporate abuse, and holding government officials accountable. Andrew’s work has appeared on Raw Story, Alternet, Activist Post, and many other sites. You can follow him on Twitter @AndrewEmett and on Facebook at Andrew Emett.