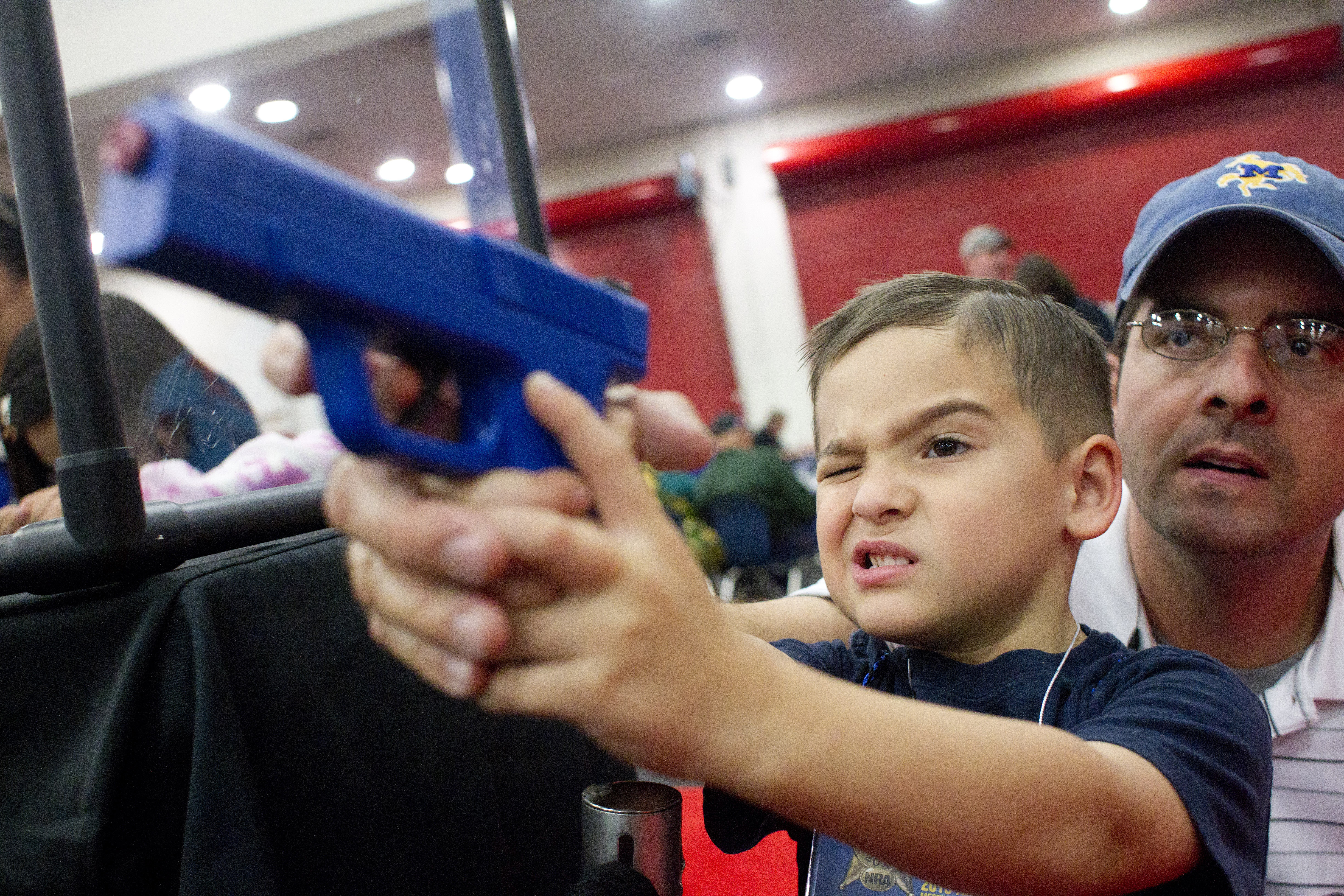 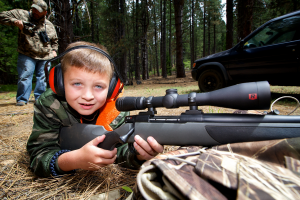 When it comes to the subject of children and firearms, there seems to be two prevailing schools of thought. One says that if you have children, all of your firearms need to be locked up and hidden away, and kids shouldn’t even be aware of your firearms until they’re old enough to respect them. The other school of thought suggests quite the opposite. Kids need to be introduced to firearms at a very early age, even if they don’t quite understand what they’re looking at. They need some familiarity with guns, so that it kills their curiosity.

It’s hard to argue with the former sometimes. Little kids don’t mix well with firearms unless they are under strict supervision. It’s not uncommon for children to stumble upon their parent’s weapons, and accidentally shoot themselves or others. Every year, over 2000 kids are accidentally injured with firearms in America, and among kids aged 10 and under, accidents account for 75% of all firearm injuries.

But is sheltering your kids from firearms really the best way to keep them from hurting themselves and others? It’s hard to say since, to my knowledge at least, there haven’t been any studies made on the matter. And sometimes, even when parents familiarize their children with guns, accidents still happen.

However, a recent experiment conducted by KWWL News in Iowa found that it’s probably best to familiarize your kids with firearms, even when they’re really young.  Though the experiment didn’t set out to prove anything in that regard, it sure is compelling. Under the guidance of a police officer, they planted an unloaded pistol in a room full of toys to see how long it would take for several kids to find it, and play with it. If you’re short on time, you can get the gist of the video by starting at the 5 minute mark.

Though the sample size is small, the results are impossible to ignore. The only kids who didn’t play with the gun were the ones who grew in households that have guns. They’ve seen them before, and on some level they know that guns aren’t toys.

So with that in mind, it’s probably safe to say that it’s a bad idea to shelter your kids from guns, even though it can sometimes be a little nerve-racking to broach this subject with them. If you’re a gun owner with a family, show your firearms to your kids, teach them how they work and how to be safe with them. And if they’re old enough to understand, explain the lethal potential that is inherent in every firearm. Make it clear that these aren’t toys and they’re not for fun (until they’re old enough to have fun with them of course) and you should be able to stunt their curiosity.