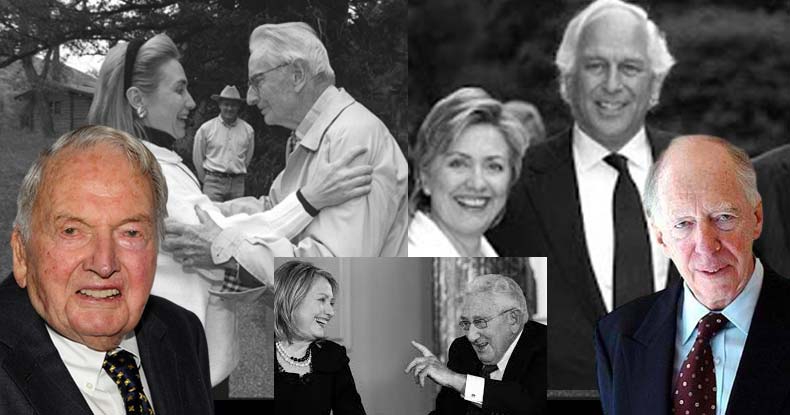 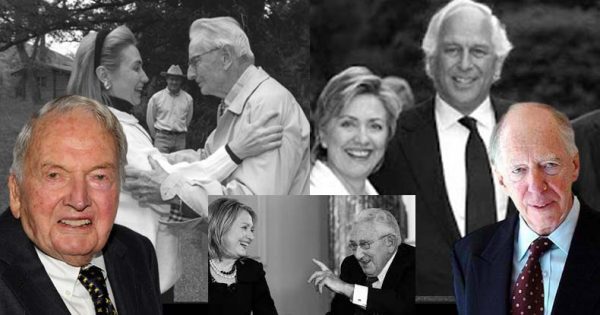 Hillary Clinton has been deemed a sure bet for the White House, as it’s widely speculated the inflammatory Donald Trump and socialist-leaning Bernie Sanders stray too far from establishment politics to be truly electable. But it wasn’t until an examination using Wikileaks searchable archive of Clinton’s emails that the establishment’s love of the Democratic warhawk became truly apparent.

Buried in thousands of the former Secretary of State’s emails sent via her personal server, are intimations of her close relationship with the infamous Rothschild banking family and hints for a potential Rockefeller-State partnership.

Lynn Forester de Rothschild wrote an email on April 18, 2010, in which she tells Hillary she would “love to catch up” — and “I remain your loyal adoring pal.” Clinton responds “let’s make that happen,” and signs her response, “Much love, H.”

A January 9, 2012, email discusses a conference on the environment set to take place at Jacob Rothschild’s “historic estate, Waddesdon.”

On New Year’s Eve 2012, Lynn Forester de Rothschild sent an email to Clinton “praying for” her speedy recovery. “And, my email box is lighting up with all the PUMA’s and their 18M prayers for Hillary campaign,” states the email, which is signed, “Love,  Lynn, Evelyn, Ben and Jake.”

“Speaking at UNESCO Monday with the new director on the unfinished Beijing agenda [REDACTED] called to say she wants to give us several million dollars to subsidize a fund to give an annual award for innovation in empowering women that would be a rockefeller-State [sic] partnership.”

Then, on March 10, 2012, Verveer hints at least at a possible locale for Hillary’s future endeavors:

“I forgot to tell you that Judith Rodin offered you a suite of offices after you leave State for your own use at Rockefeller Fdtn, if you’re interested –with no strings attached. She also said they’d be happy to provide you with a month at their center in Bellagio if you just want to read and write in a beautiful place.”

Though none of the emails The Free Thought Project examined appeared overtly damning — thanks, in part, to sometimes heavy redaction — the evidence of Clinton’s comfort with the establishment lends credence to theories of her being the ‘chosen’ candidate.

To reiterate, nothing particularly damning in itself was found in this admittedly cursory search — but the relationships these emails document, alone, evidence Hillary’s concrete establishment roots. While Trump infuriates the GOP and Sanders’ popular support lacks translation into delegate votes, perhaps these documents support the popular theory Hillary Clinton will be the next president — no matter what.