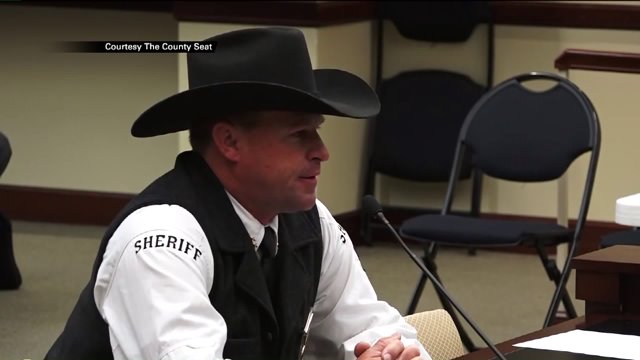 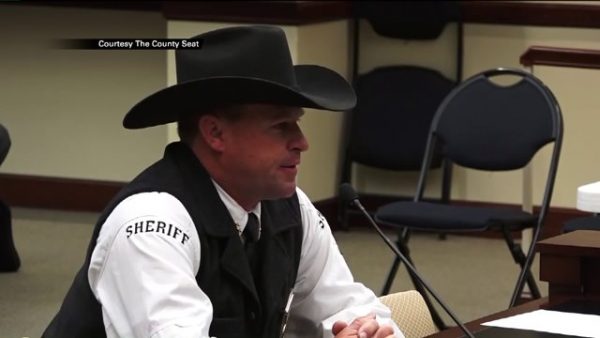 A Utah sheriff has put out the word that he will not allow his county to be overrun by the unconstitutional Bureau of Land Management and the US Forest Service, and has gone so far as to warn the BLM that he will “deputize everyone and arrest all federal agents” should they enter his county in a similar manner to that of those in Nevada and Oregon.

Sheriff Marty Gleave has been serving the county he is in as sheriff for nearly 25 years. According to Gleave, all he has seen is that things “get progressively worse and worse and worse with the so-called land police.”

Gleave serves Piute County, which is the second smallest county by population in Utah. However, following the protests in Oregon, the arrests of many protesters at Bundy Ranch, including Cliven Bundy and the murder of LaVoy Finicum, Gleave addressed the Rural Caucus of the Utah State legislature on February 12, 2016.

At the center of a conflict in dispute between Sheriff Gleave and the US Forest Service is Gleave’s uncle Stanton Gleave, a longtime rancher in the county.

“You know, we’ve got FBI, DEA, ATF and ICE,” Sheriff Gleave said. “We’ve always been able to work with them people because they would only come and do major felony cases and different things like that. So, they were always out of the way until we needed them.”

However, he then singled out the BLM for what they have been involved in.

“We’ve got a Bureau of Land Management police and Forest Service police who are out doing the same exact jobs that my deputies can do and every other deputy sheriff and sheriff can do,” Gleave added.

Sheriff Gleave went on to elaborate about some of those things that could be handled by the sheriffs and their deputies. Even though I disagree that those things should not be handled by any sheriff, police or federal agent, I’ll leave that aside not to distract from his point.

Gleave referred to the feds, particularly the Forest Service and BLM, as “mismanagement” of their pretended authority. Take a listen to some of the many examples that Sheriff Gleave presents that the feds have caused problems for the wildlife and for the people, then failed to follow up on.

The Utah Sheriff also made a point in the video that men can abuse their authority and used himself as an example to demonstrate that if he wanted to abuse the authority entrusted to him by the people, he could have people in jail every day. However, he knows that would be wrong and lawless.

Gleave said that he was not a fan of the militia showing up in his county because he had a militia, the people. The sheriff even pointed them out. Good for him, and good for them!

“We’re not taking no more cuts on the Mountain. I’ll deputize every man, woman and child in the county to stop what’s going on,” Sheriff Gleave concluded.

Friends, this is what is needed, constitutional sheriffs. Furthermore, presidential candidates don’t just need to be held to the status quo. They need to be asked if they will seek the dismantling of the unconstitutional agencies like the BLM, the Forest Service, the ATF, the DEA, the Department of Education and Homeland Security. The heads of these organizations don’t answer to the people. They are appointed bureaucrats who infringe on the rights of the people and violate the US Constitution.

Until we are ready to eliminate and decentralize the Beast, we don’t need to complain about it. The Beast has shed its chains and has showed us its true form. The People must either restrain it, which is unlikely, or kill it. There is no other solution.