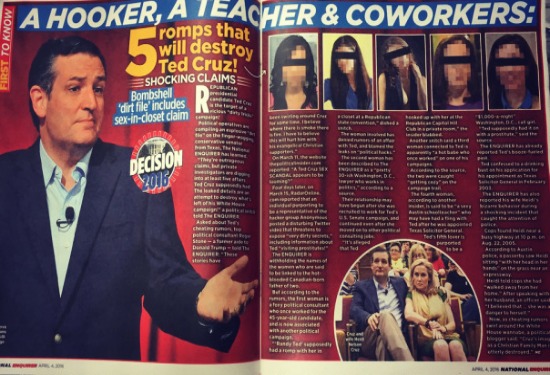 The National Enquirer is claiming to have the explosive goods on presidential candidate Ted Cruz and his not one, but five mistresses.

First of all, it’s sad when the National Enquirer is considered a legit news source these days, as in a source of actual journalism, versus the mainstream media which never does it’s job anymore unless there’s an Establishment agenda. The Enquirer, if you’ll remember, broke the cheating scandals of John Edwards, Tiger Woods, and Jesse Jackson which all turned out to be true… So the Enquirer likely wouldn’t be floating this story if they didn’t actually have the dirt on Ted (they have a reputation to uphold, after all).

If it makes you feel any better, Breitbart reportedly had the scoop and chose not to publish it (via Conservative Outfitters) — 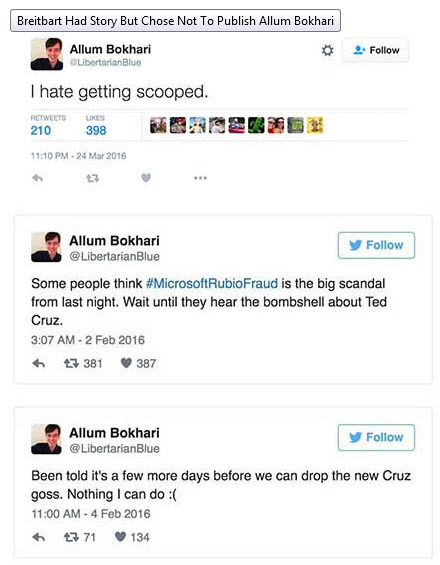 And a Washington Times reporter has confirmed some of it —

COMING CLEAN: From what I know, at least 2 of the women named as Cruz mistresses by the National Enquirer are accurate #TRUMP #CRUZ #TCOT

So it isn’t just the NE that’s running with this. Most people aren’t exactly shocked at this news per se…  Who doesn’t rise to that level in politics without there being some kind of dirt or skeletons hanging out in the closet that can be used against that person as blackmail leverage? Anyone?

But this is Ted Cruz we’re talking about. I think most people are shocked that anyone would want to be naked around him, let alone his wife Heidi or five other women. Many people simply thought Cruz was secretly gay, not this.

If it’s true, and Ted has cheated on Heidi with five mistresses, then so much for all those hardcore Christian values there, Teddy. One of the alleged women is Tea Party activist Katrina Pierson, a former consultant on Cruz’s US Senate campaign who just happens to be the national spokeswoman for Donald Trump’s presidential campaign now (indeed making the situation extra awkward).

This is the picture going around on social media:

Anyone else get a Clinton / Lewinsky vibe here? Just askin' questions. pic.twitter.com/Wrf94GXPr8 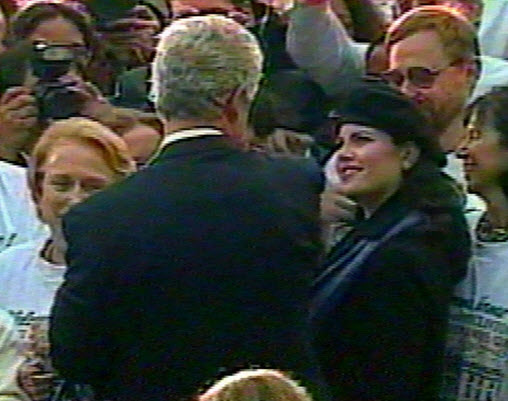 Pierson, of course, denies it. (Wouldn’t you?)

What's worse? People who actually believe the trash in tabloids, or the ones who know it's false &spread it anyway? #stupidity on all levels

According to The Conservative Treehouse, one or two of the others have been identified. One is believed to be CNN contributor Amanda Carpenter.

Carpenter was formerly Ted Cruz’s Communications Director when he was a Senator.

Another is speculated to be Sarah Isgur Flores, formerly of the Carly Fiorina campaign. 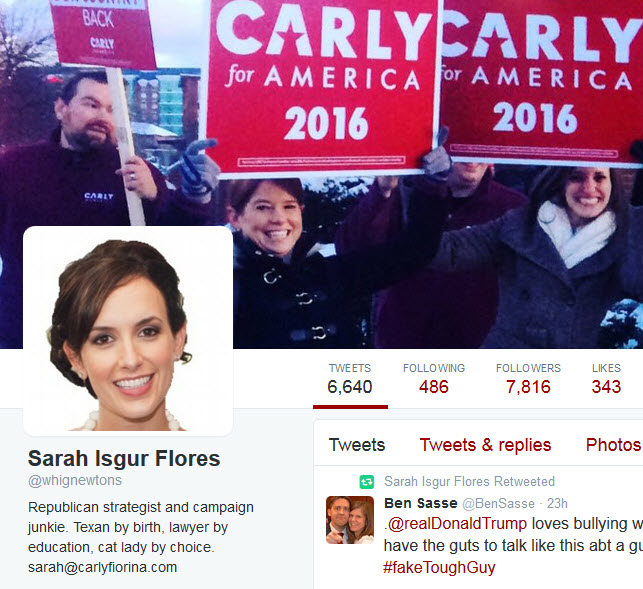 That distribution from one candidate’s Super-PAC to another, raised the eyebrows of the Federal Election Commission who inquired about the rather unusual transaction.

So… will this wreck Ted?

It’s always the ones that seem the most (phony) religious, who are openly using religion as a political tool, that end up being the least trustworthy.

The reason scandals like this matter to the average American who still believes in our corrupt, rigged political process is that it speaks to the character of the person trying to be president. A lying cheater who pretends to be the holiest of conservative Christians while bagging as much tail as he can outside his marriage is pretty disgusting. Most people would prefer someone who is at least halfway honest about who he is and not a total and complete fraud. If Cruz lied this much, it’s safe to assume he’s lying about everything else that comes out of his mouth in regards to campaign promises and his actual morals and values.

Then again… It’s kind of a moot point if you consider the fact that Cruz shouldn’t even be eligible to run in the first place because he was born in Canada; then again, the Powers That Shouldn’t Be have been trying to blur the lines on that rule for years now.

There’s also the point of Heidi Cruz. After a Ted Super PAC sent out a racy old photo of Trump’s wife Melania, Trump threatened to spill “the beans” on Heidi. What could it be?

We already know that he met Heidi when they were both Bush advisors and that Heidi worked for Goldman Sachs and was on the Council on Foreign Relations and signed off on the North American Union document. 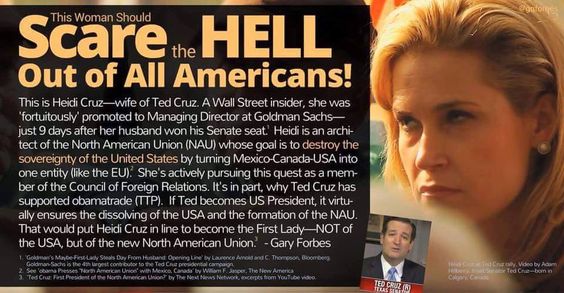 Is there really that much more we need to know to know about why no one should be voting for Ted?

How about the instability behind that perfect family veneer? Apparently Heidi lost it back in 2005 and was taken for a psych eval by the Austin Police when an officer found her sitting 10 feet away from a busy highway with her head in her hands, unresponsive and felt she presented a danger to herself. 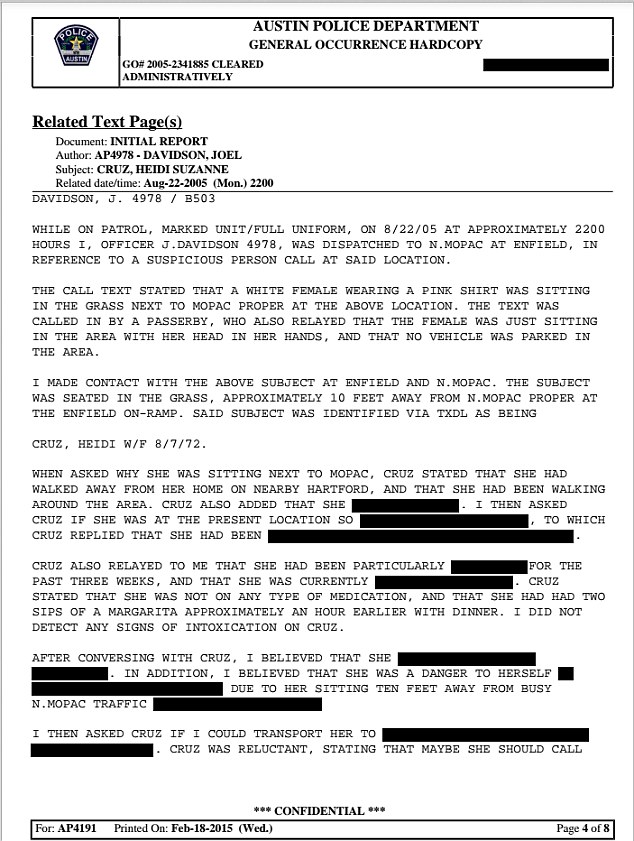 Whatever it is, something is going on in Cruz’s house. Something no one should want to bring to the White House.

Perhaps she found out about Ted’s cheating even back then? Realized her marriage was a sham? That might cause some major depression. Then again, who is really buying all this happy picture perfect matching outfits Leave It to Beaver family crap? 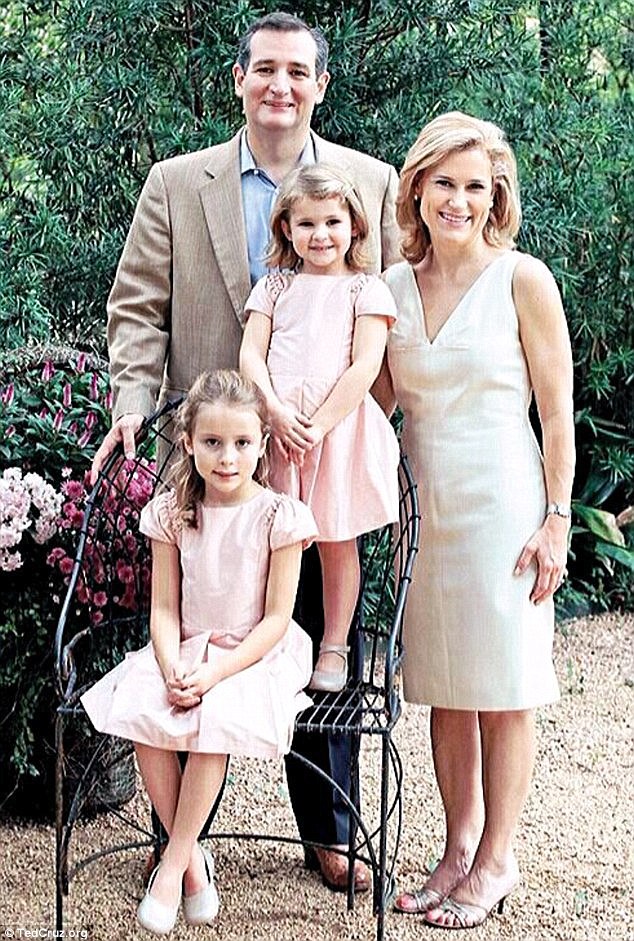