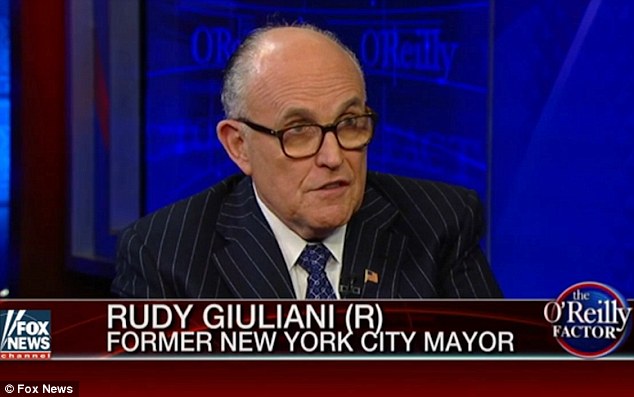 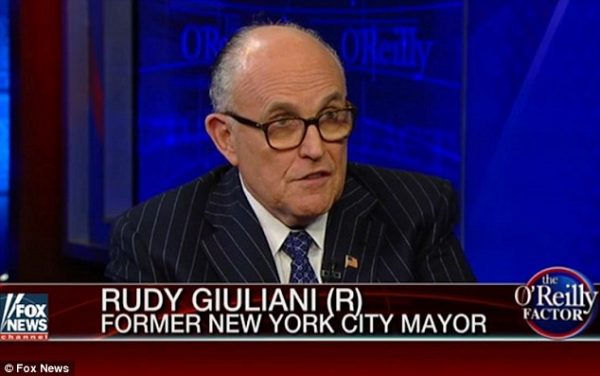 Ouch. That had to hurt. On Wednesday’s episode of the O’Reilly Factor on Fox News, former New York City mayor Rudy Giuliani had some harsh truth for Hillary Clinton and her supporters. During a segment discussing the idea that Hillary Clinton considers herself a warrior against terrorism, Giulianni openly mocked Clinton while scoffing at the idea that she might make a good Commander-in-Chief in the war on terror.

“She says we should ‘stand with Europe, but her president was sitting at a baseball game doing the wave and laughing instead of trying to rally the West against ISIS. What he did yesterday embarrassed me as an American. To rally our forces against ISIS, you have to come back to the White House and not leave until you have a plan. Hillary Clinton helped create ISIS, she could be considered a founding member! She was part of an administration that withdrew from Iraq and did not intervene in Syria at the proper time.”

Alongside this, O’Reilly also offered his own opinion of Hillary Clinton’s weak-kneed effort to fight terrorism.

“Today she said this about the ISIS threat: ‘On 9/11, NATO treated an attack against one as an attack against all … now it’s our turn to stand with Europe.’ But what does that mean? We analyzed Mrs. Clinton’s speech and can find no concrete action to defeat the ISIS savages. Instead she used her platform to attack Republicans. What is her strategy to stop the terror killings plaguing the world? If Talking Points hears about alliances one more time, cardiac arrest may follow. Let’s stop the BS, people are dying. ISIS is like the black plague marching through Europe, killing at random. There is a report that 400 terrorists have been dispatched by ISIS to cause damage in Europe. The solution lies in brute force, not dumb suggestions that the Kurds handle things and that kind of blather. America needs a strong leader who will sit down with the smartest military people and map out a clear fighting plan. Then NATO needs to declare war on the ISIS group and every Muslim nation needs to be asked to pledge troops to help. No more dithering, no more sloganeering. Because a weapon of mass destruction will be used by the ISIS savages. It is just a matter of time.”

Here’s the full segment from the O’Reilly Factor.

Whatever the answer, I think we can all agree that the Democrat Party has proven that they are unable to lead us against the existential threat that is radical Islam.