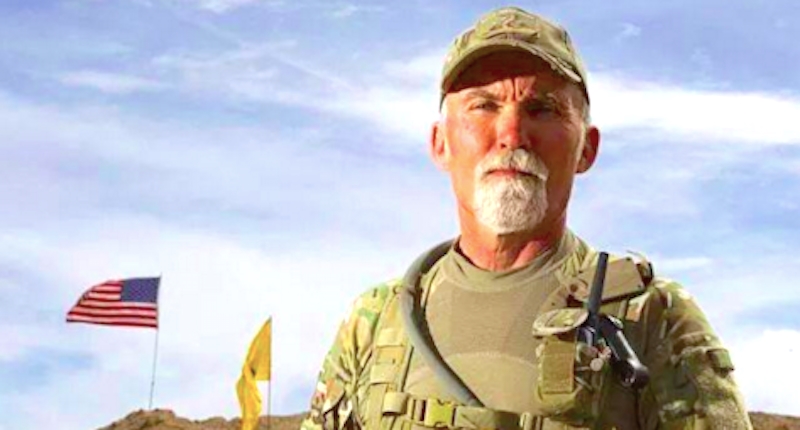 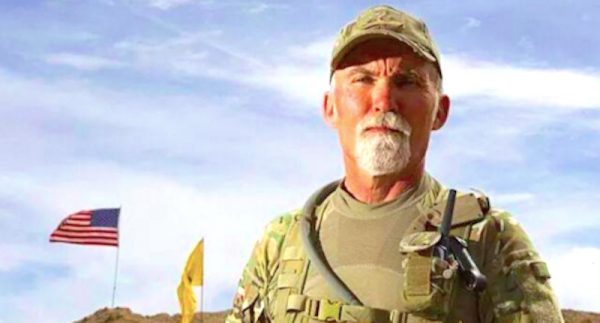 In early March, we reported that several more patriots were arrested because of their lawful protest against federal agents in 2014. Among those arrested, was Gerald DeLemus of Rochester, who is co-chair of Veterans for Trump in New Hampshire, which was formed in July 2015. He is facing nine counts for his part in the Bundy protest.

In early March, DeLemus was charged in federal court for standing with Cliven Bundy and his family against the Bureau of Land Management. Now, he will be extradited, as well as others who were arrested for being at Bundy Ranch in 2014 to Nevada.

Jerry DeLemus had until yesterday to get his stay extended, but the court said he did not obtain an order.

It is not known how soon DeLemus could be transferred out of New Hampshire.

DeLemus opened up about his experience at the Bundy Ranch in 2014 to Doug and Joe Hagmann on the Hagmann and Hagmann Report following the standoff with the BLM.

However, DeLemus traveled to the Oregon Wildlife refuge and described the protesters as both “peaceful” and “constitutionally just.” He also wanted Trump to actually see and hear what was going on.

As an official Trump campaign spokesman, DeLemus’ words were the only ones among the GOP campaigns that were positive. Yet, some of the comments of Trump concern me greatly, just as some of those of Senators Ted Cruz and Marco Rubio, along with Ben Carson and Rick Santorum regarding the peaceful protest of those in Oregon.

It seems apparent to me that neither of these men actually understood what was at stake nor what was actually going on at the wildlife refuge.

Now, men who are simply pointing to the Constitution and the violation of the DC government concerning land that has unlawfully been usurped by the unconstitutional and lawless BLM for an Agenda 21 endgame are imprisoned and made out to be domestic terrorists, which the real criminals walk free, some of them doing nothing in their run for the White House to right the wrongs concerning the federal land grabs.

The Pete Santilli Show‘s Deb Jordan spoke with me on Friday to communicate that the men who appeared in court in Oregon recently were allowed to all pray together before entering the courtroom. Though I disagree with Mormon theology, one thing did stand out from what she said about their prayer and that was that they were thankful for the opportunity to be used to bring this issue to light.

Last week something happened that I think you all should know about. For the first time since their arrest our loved ones being held in Multnomah County Jail were permitted to spend time together! Before the hearing held in Judge Anna Brown’s court room this past week, the US Marshall’s let something happen that they previously took great pains to avoid. While our men enjoyed this unexpected surprise — they did not bicker — they did not blame — they did not admonish one another — WHAT THEY DID DO — WAS FALL ON THEIR KNEES IN PRAYER TOGETHER AND PRAISED GOD FOR THIS GREAT OPPORTUNITY TO SERVE THEIR COUNTRY. They prayed for one another — They prayed for strength and courage — they prayed for their families and for those whose hearts are heavy with fear and depression. They prayed for deliverance to come.

We should all take a lesson.

I’m actually thankful that the issue is coming to light as more and more people are educated on just how the law is being violated. This is the very reason I want to keep this story alive. Let’s not forget these men who have called out the criminality of the DC government, and let’s not forget LaVoy Finicum, who was willing to give his life to expose the lawlessness that is going on.

UPDATE: One of my readers pointed out that Donald Trump has actually written a opinion piece following his above comments and seems to have clarified his position, which sounds a lot more constitutional than previously stated. Is it a flip flop? I don’t know. It could be that he later became informed of the situation and changed his position based on the information and the Constitution. I’m not going to give excuse for him though, seeing that he is running for the Oval Office and the job of the President is to uphold, defend and protect the Constitution. How does one do that if they don’t know what it says? Easy. They can’t. So, if he’s learning, great, but if not it only proves earlier things I’ve said regarding his understanding of the Constitution.