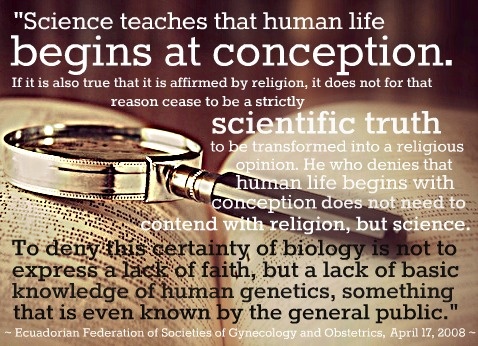 It has long been the front line of the abortion fight. Most Pro-Choice supporters of the murder of the innocent have given up the argument and instead focused on the mother rather than the child. They know that if they lose this issue, there is no way Americans will allow the practice of abortion to continue.

This all important issue is the life of the child. When does life begin? If life begins when a child is conceived, then abortion is murder. This is what the Alabama legislature is setting out to define in a new bill that has been introduced.

A bill recently presented in the Alabama legislature moves to acknowledge the unborn as persons, thus granting them the right to life and ending abortion in the state.

“The following amendment to the Constitution of Alabama of 1901, as amended, is proposed and shall become valid as a part thereof when approved by a majority of the qualified electors voting thereon … : The term ‘persons’ as used in the Code of Alabama 1975, shall include any human being from the moment of fertilization or the functional equivalent thereof,” it reads in part.

This would mean that all abortions would be counted as murder and, therefore, illegal. That babies are babies at conception is scientifically proven, though denied by abortion advocates. These legislators heard testimony to that effect.

Dr. Jim Belyeu, an OB/GYN, also testified in favor of the bill, explaining that the baby is a separate entity from his or her mother.

But some refuse to deal with these facts. They wish only to repeat their talking point, proving that they have no answer for the facts.

Brock Boone of the American Civil Liberties Union (ACLU) has expressed opposition to the move, characterizing the proposal as an “attack on women.”

Mr. Boone needs his hearing, or his listening comprehension checked. If this is passed and the governor stands for Alabama law, this might mean the end of abortion. Not only in Alabama but every state.