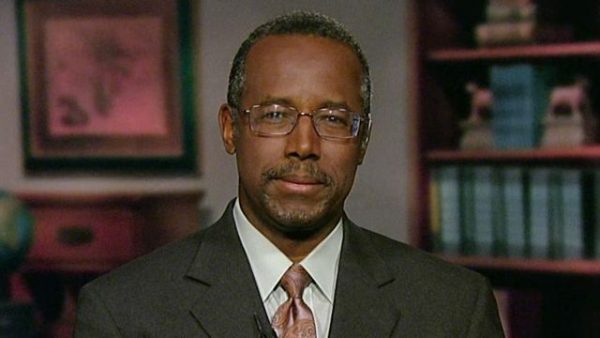 Ben Carson told Fox News this morning that it was “craziness” for the Obama administration not to acknowledge that Christians were targeted by Islamist terrorists in yesterday’s horrifying attack on a park in Lahore, Pakistan.

At least 300 people were injured and more than 70 killed yesterday after a suicide bomber belonging to the Taliban splinter group Jamaat-ul-Ahrar targeted Christians who had gathered to celebrate Easter at a funfair.

A State Department press release in response to the attack failed to specify that the bombing was carried out by violent Islamists or that it targeted Christians.

Appearing on Fox & Friends, former presidential candidate Carson said it was “craziness” for the Obama administration to “refuse to acknowledge it and allow it to continue to grow.”

“I can’t really explain why our administration goes out of its way not to include the fact that Christians are being persecuted,” he added

Carson responded to the fact that jihadists are exploiting the migrant crisis to infiltrate terrorists into the west by slamming the Obama administration’s policy of vowing to invite more refugees.

Today it was reported that the ‘man in the hat’ who was involved in the Brussels airport bombing but fled the scene is a ‘migrant rights activist’ who tried to recruit asylum seekers at a refugee center in the Belgian capital.

“It doesn’t make a lot of sense, if you know that those refugees are going to be infiltrated by radical Islamic terrorists why would you even entertain the thought, you would be looking for alternatives,” said Carson.

Carson suggested that a much better idea would be to relocate Syrian refugees to the north east of the country where they would be safe from ISIS militants and they wouldn’t be forced to integrate into an alien culture.

“It costs us less money and it’s much safer for us, it makes too much sense for our government to consider it,” Carson concluded.