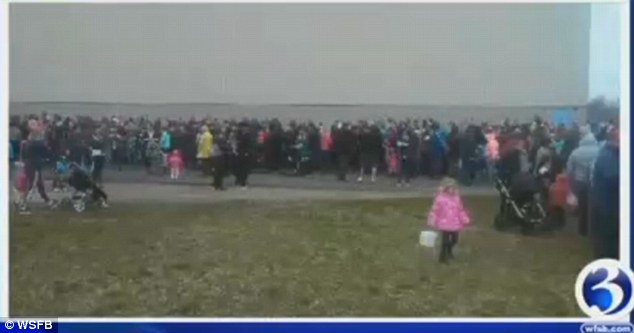 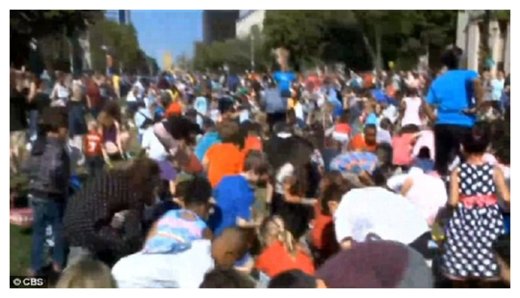 Orange, CT — Agoraphobia in modern day America could be considered more of a natural reaction than it is a disorder as a recent egg hunt in Connecticut illustrates.

For the third year in a row, the Pez candy visitor’s center in Orange hosted its Easter Egg Hunt. The event was structured in a way to allow children, grouped into three different age groups, to pick up 9,000 eggs scattered about the area. There were more than enough eggs for everyone.

Instead of allowing the 4-year-olds to go first, however, parents, apparently so infatuated with the idea of crappy free candy, bum-rushed the fields, greedily taking the eggs for themselves — children and Easter be damned.

“Unfortunately, people chose to enter the first field prior to anyone from Pez staff starting the activity. The crowd moved to the second field, waited for only a couple of minutes and proceeded to rush the field without being directed to do so and before the posted start time,” Pez officials said in a statement on Saturday.

Pez officials described the chaos, saying, parents “immediately moved to the third field, took over and removed everything well before the activity was to even start.”

“So we started talking to people and say ‘hey this is supposed to start at certain time’,” Pez General Manager Shawn Peterson said. “Well that lasted about a minute, and everyone just rushed the field and took everything.”

West Haven resident Nicole Welch told Eyewitness News that children were trampled, parents knocked over children and eggs were stolen out of peoples’ baskets. Peterson said the crowd was “kind of like locusts.”

“I’m not going to take my kids where they don’t consider the safety of my kids in any way, shape, or form,” Welch said.

Parents took to social media to voice their feelings on the incident as well.

The mob mentality of the crowd is what we often see on Black Friday as people lay waste to each other so that they can get an ostensible ‘deal’ on a rice cooker, or, in this case a plastic egg with Pez in it.

“When my son left, he had a broken basket and he was hysterically crying,” Welch said.

“We made efforts to get everyone something before they left and passed out tons of candy and coupons and the front entry and tried to make the best of an unfortunate situation. Due to the actions of a few, the good intent quickly turned into a mess. I would like to sincerely apologize to each of our guests, this was not something created to frustrate or make people angry. We only wanted to do good for the local community,” Pez said.

Nothing says ‘Happy Easter’ quite like parents trampling children for free candy. If Americans got as upset at their rulers in Washington as they do over shiny plastic trinkets, we would have colonized Mars by now.