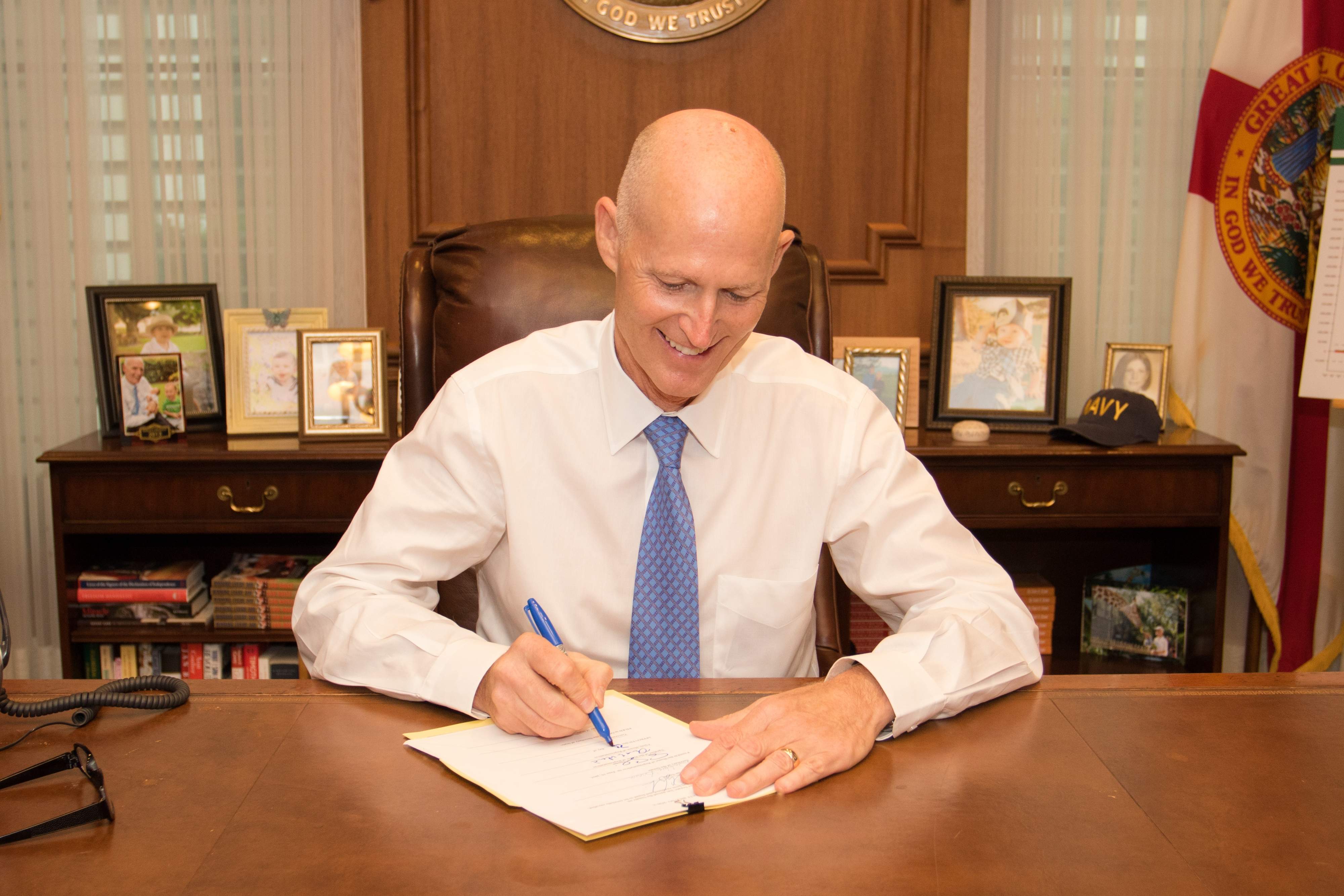 I don’t know why this is the end of the world. There are plenty of other ways to access healthcare: low-income community health clinics (Heck, I go to one in my small town. I have insurance yet it was the only place where a doctor could see me within a month. Every other private doctor in town had a four month+ waiting list.), county health centers, Indian health clinics, private (charitable) low income health care centers, and of course, the savior to the whole “healthcare access” problem: Obamacare.

Scott signed 68 new laws and issued statements on some non-controversial bills on Friday but did not comment on the abortion statute.

The bill, which easily passed the Republican-controlled legislature earlier this month, has been the target of television advertisements by Planned Parenthood and protests at the Capitol by women urging a veto.

John Stemberger, president of the Florida Family Policy Council, called the law “a historic victory,” in a statement.

State funding of abortion was already prohibited, but the new law also blocks money for services for low-income women at the clinics. It also requires doctors to have admitting privileges at a hospital – a type of formal affiliation that can be difficult to obtain – within a “reasonable” distance of clinics.

In addition, the law requires annual inspection of clinics by health authorities and tightened rules on disposal of aborted fetal tissue.

“For Rick Scott to prioritize political pandering over his own constituents’ access to healthcare is more than cynical. It’s shameful,” Laura Goodhue, executive director of the Florida Alliance of Planned Parenthood Affiliates, said in a statement.

She predicted HIV rates will “skyrocket” and teenage pregnancies will rise because women will lose access to regular treatment at state-funded clinics.

The U.S. Supreme Court is considering a challenge to a similar law in Texas, where several clinics have closed because of new restrictions.

Legislative sponsors in Florida argued that the law was not meant to shutter clinics but protect women with new safety rules.

The law takes effect July 1 but will probably be challenged in court quickly. Howard Simon, executive director of the American Civil Liberties Union of Florida, said he was not surprised the governor signed the bill. “He claims to be for small government, pro-freedom and opposed to putting government in between people and their doctors – except when it comes to Florida’s women,” said Simon.