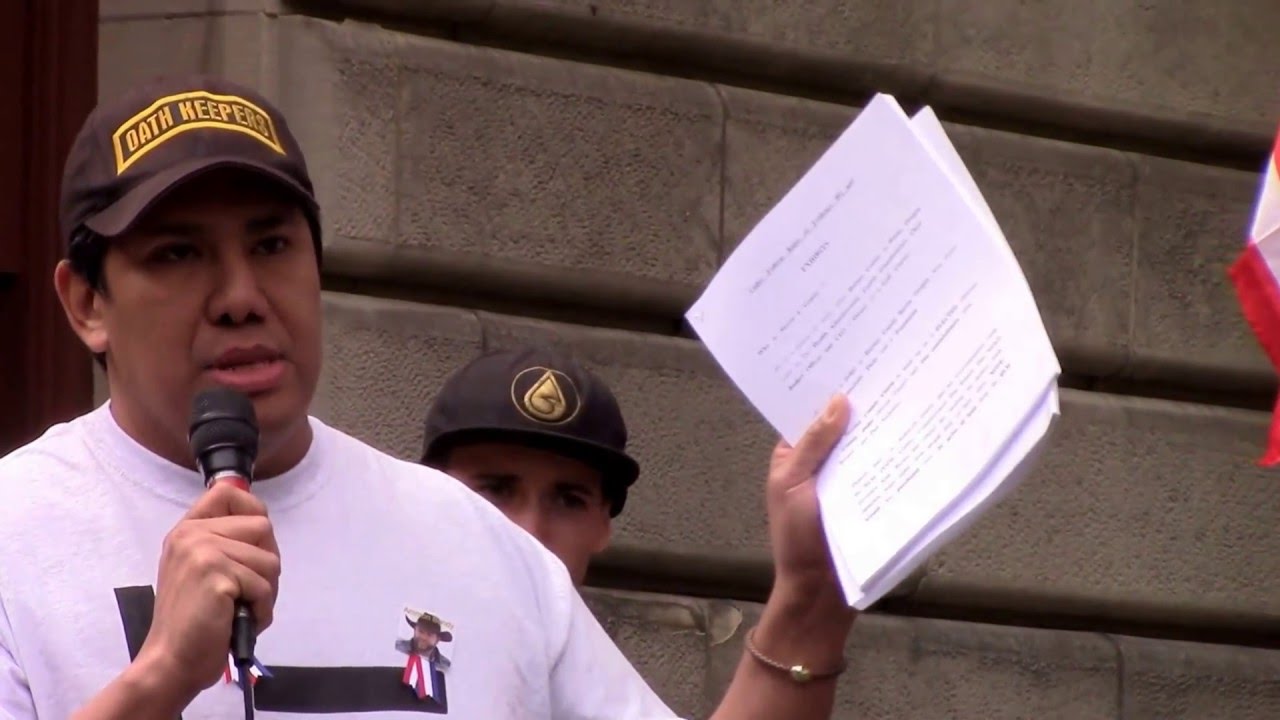 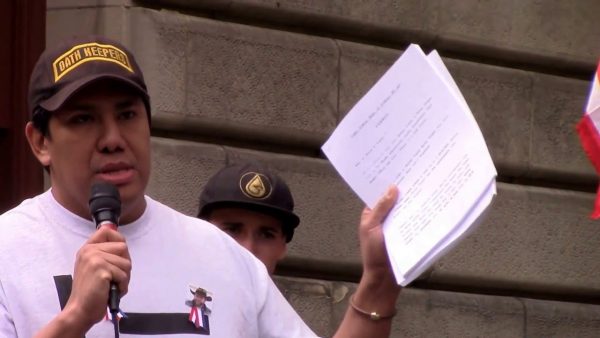 PORTLAND, Ore. (INTELLIHUB) — Last Saturday protestors gathered in front of City Hall to show support for those jailed over the occupation of the Malheur Wildlife Refuge which ended with the death of rancher LaVoy Finicum and the subsequent arrest of the primary occupiers.

“With these documents we can indict every single one that I annotated here in this true affidavit. I have about 4000 pages, documents and exhibits whereas evidentiary evidence in putting these criminals behind bars rather than patriots behind bars.”

The Bar Association has hijacked ”all three branches of government […] Legislative, Executive, and Judicial branches,” the man said.

“All of these laws are unconstitutional according to Article six, Clause 2, Section 2 of the United States Constitution,” which is “the Supreme Law of the Land.” The man went on to refer to the “Technical Review Team” responsible for hacking up the Constitution, proverbially, into many pieces.

‘These statutes violate our Constitution,’ said the man.

“So how are we here today,” the man asked the crowd, before giving the answer.

The man also referenced Harney County Judge Steven Grasty, who the man said is a “tyrant” and is in “cahoots with Uranium One” the BLM and the Department of Fish and Wildlife.

The man said that there is “lots of uranium” in Oregon, which the Department of Energy “uses to make weapons.”

The man said that a “Common Law Grand Jury” must be formed.

When a person from the crowd asked the man “what can we do about it”, the man replied:

“Go to Sheriff Palmer, give him the documents I have in my possession. Get the militia, get the Oath Keepers and every patriot deputized and start arresting everyone all the way from here to Washington D.C. […] fraud has no statue of limitation […] they all need to be indicted.”

Related: Clinton Foundation took massive payoffs, promised Hammond Ranch and other publicly owned lands to Russians along with one-fifth of our uranium ore